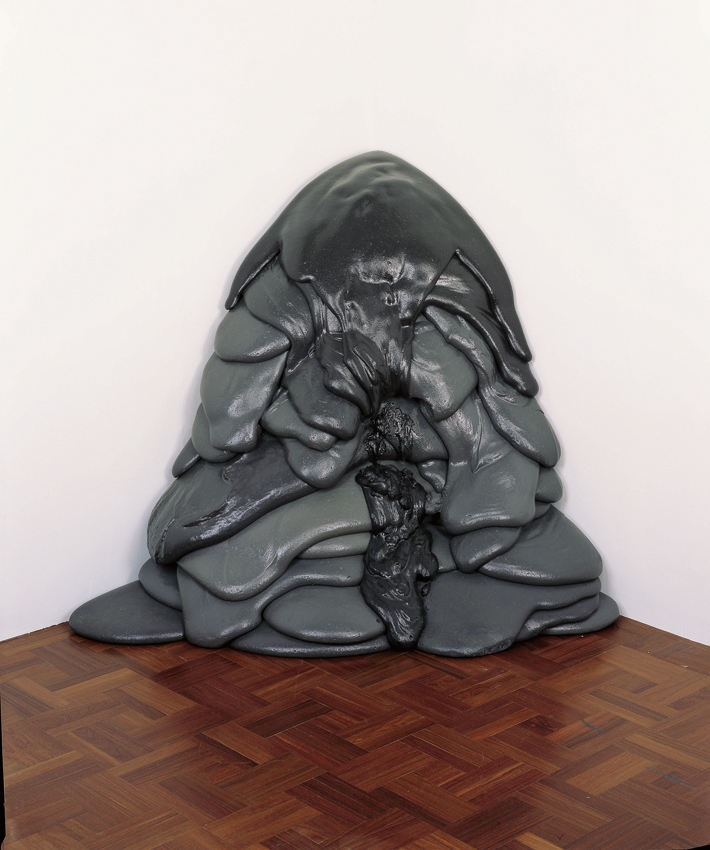 I felt I wanted to define for myself the organic phenomena; what nature itself would suggest to me in sculpture. — Lynda Benglis

A milestone commission for the Museum, Lynda Benglis’s For Carl Andre—a black, oozing mass from the artist’s famous series of poured sculpture—is visually one of the most peculiar pieces in the permanent collection. Understanding the complex piece requires thinking back to the ideologies and art movements surrounding its creation. When For Carl Andre was commissioned in 1970, Abstract Expressionism and Pop art were momentous movements, and Benglis mixed the gestural movements of the former with the low-art materials of the latter. The most overt reference in the work, however, is to the Minimalist Carl Andre. The art of Andre and other Minimalists is characteristically composed of ordered, flat, modular, object-based forms, and Benglis makes an ironic and humorous homage to Andre in her work’s stark contrast to the Minimalist aesthetic. The counterdynamics at work in this piece—male/female, beautiful/ugly, natural/man-made, freeform/structured, abstract/representational—mirror the conflicting ideological and artistic developments of the time. With For Carl Andre Benglis acknowledges a debt to the artists and movements that preceded her while she strives to expand the boundaries of art.