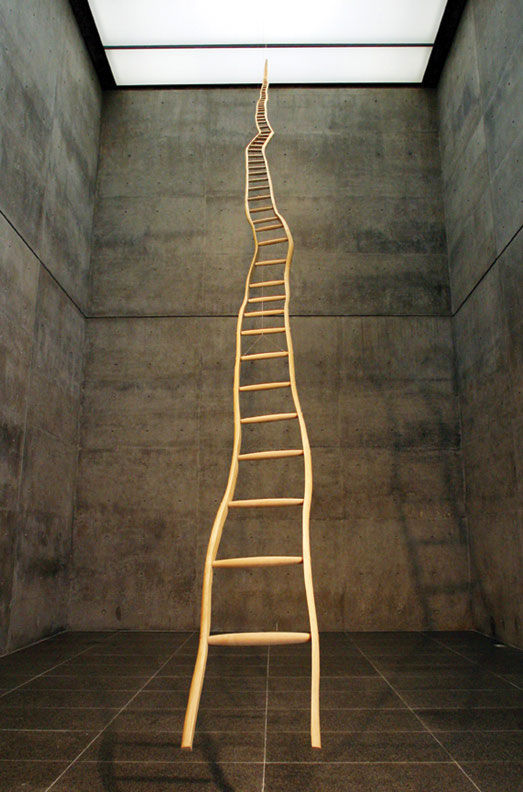 What excited me about [the piece] was that the length of it was such that you wouldn’t really be able to tell whether you were looking at something that had been manipulated or whether it was in fact truly receding into space through sheer length. — Martin Puryear

A master woodworker who studied carpentry, Martin Puryear makes expressive sculpture that often reveals a humble focus on human touch and the craft tradition of woodwork. The artist has created a number of works that relate to African American history, including Ladder for Booker T. Washington.

Washington, one of the most powerful and controversial African Americans at the turn of the century, advocated self-advancement through discipline and hard work. However, he rejected the pursuit of politics and social equality for black Americans in favor of developing vocational and domestic skills. Although he was well-respected within the African American community at large, Washington’s viewpoints were adamantly opposed by some African American intellectuals, who believed that without being politically active, significant equal rights and economic gains were unattainable. The ladder has multiple associations, and Puryear’s homage to Booker T. Washington might include several of these—ambition, hierarchy, or the impossibility of reaching the top.