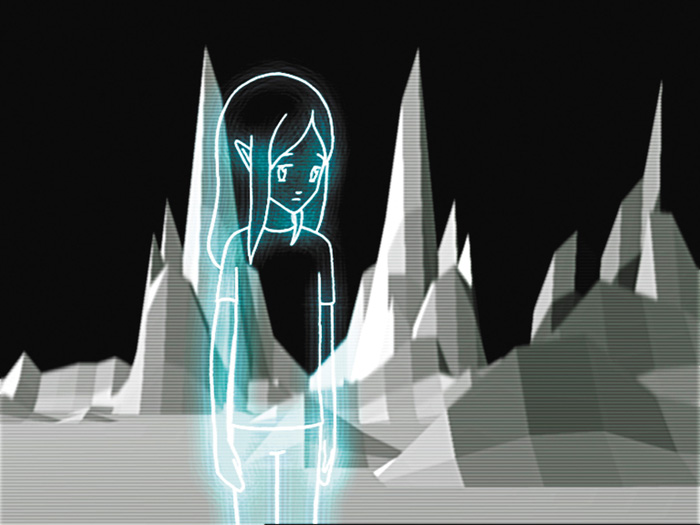 The work of Parisian artist Pierre Huyghe (HEW-ig) has won international acclaim and has been presented in numerous solo and group exhibitions in recent years. In 2002 Huyghe was awarded the prestigious fourth biennial Hugo Boss Prize, given by the Solomon R. Guggenheim Foundation in New York, and in 2001 he was chosen to represent France in the 49th Venice Biennale. Pierre Huyghe: One Million + Kingdoms presents three video projects by Huyghe. "For several years Pierre Huyghe’s work has been gaining worldwide respect and attention, yet it has not been seen in this part of the United States," says Andrea Karnes, the Modern's associate curator and curator of this exhibition. "This streamlined presentation is a powerful way to introduce Huyghe's work to our audience."

Huyghe uses a variety of media, including film, video, sound, animation, sculpture, drawing, and architecture. His works are visually diverse, but conceptually similar, in that they almost always examine the interplay of reality, fiction, history, and memory. The Third Memory, 1999, exemplifies this investigation. This video installation conflates three versions of the same story, each based on a 1972 incident in which John Wojtowicz, after seeing the movie The Godfather, attempted a bank robbery in Brooklyn to pay for his lover's sex-change operation. The story was later dramatized in Sidney Lumet's 1975 film Dog Day Afternoon. Huyghe found the almost twenty-year-older Wojtowicz, who had been released from prison, and filmed him reenacting his recollection of the crime. In The Third Memory, this footage plays along with parts of Dog Day Afternoon and archival live television footage from the day the crime took place. Combining these three strong narratives and using two split-screen video projections, Huyghe creates another version of the story, throwing into question the basis of history and how it is related, processed, remembered, and retold.

Huyghe has also created works based on Japanese anime and the wildly popular comic books known as manga. One Million Kingdoms, 2001 is one of Huyghe's contributions to the collaborative project known as No Ghost Just a Shell, the title of which was inspired by the classic Japanese animated film Ghost in the Shell, 1995. For this collaboration, Huyghe and Philippe Parreno purchased the exclusive rights to a generic character for approximately $500 from a Japanese company who creates stock characters for the booming anime and manga industry. They named their waifish, doe-eyed character "Annlee." Huyghe and Parreno then asked thirteen fellow artists to join them in creating works based on Annlee. With this project, Huyghe and Parreno take an "empty" sign, Annlee, and give it meaning. The character was purchased; she is a business deal. She is also a vehicle with which the artists involved in the project explore the ideas of ownership, attribution, and meaning derived through fabrication and fiction. As Annlee materializes in her many forms, we believe her, even sympathize with her sad and poignant dilemmas, one of which is particularly "life"-threatening to her — the quickly outmoded nature of electronic media.

In Huyghe's Annlee video One Million Kingdoms, the lonely little girl makes her way through a digitized moonscape. As the narrator speaks, the peaks of an iceberg-like terrain rise and collapse in synchronized time. The synthesized voice is that of Neil Armstrong reciting passages from Jules Verne's 1864 novel Journey to the Center of the Earth. The complex fusing of elements — the vulnerable Annlee, the astronaut's cyber voice, the dialogue from Jules Verne's novel, and the landscape, tentative and unstable — is at once nostalgic and disturbing. The effect is loosely reminiscent of Armstrong's televised first walk on the moon in 1969; as Annlee takes her first step, we hear the words "It's a lie."

Les Grands Ensembles, 1994–2001 is another visual departure for Huyghe. Two building models based on 1970s French housing projects are seen surrounded by fog; as the fog clears and builds, lights within the buildings' windows blink on and off. Strange and isolated, the blinking buildings are a metaphor for their own (expected) fleeting existence. The towers, constructed to house low-income Parisians, are considered social and architectural failures that, although meant to be temporary, still remain standing in Paris. In this work, which was exhibited in the French Pavilion at the 2001 Venice Biennale, the lights of the Minimalist buildings also appear to be in a coded dialogue with each other, creating a desolate yet mesmerizing statement, which, like the Annlee project, addresses the problem of obsolescence.