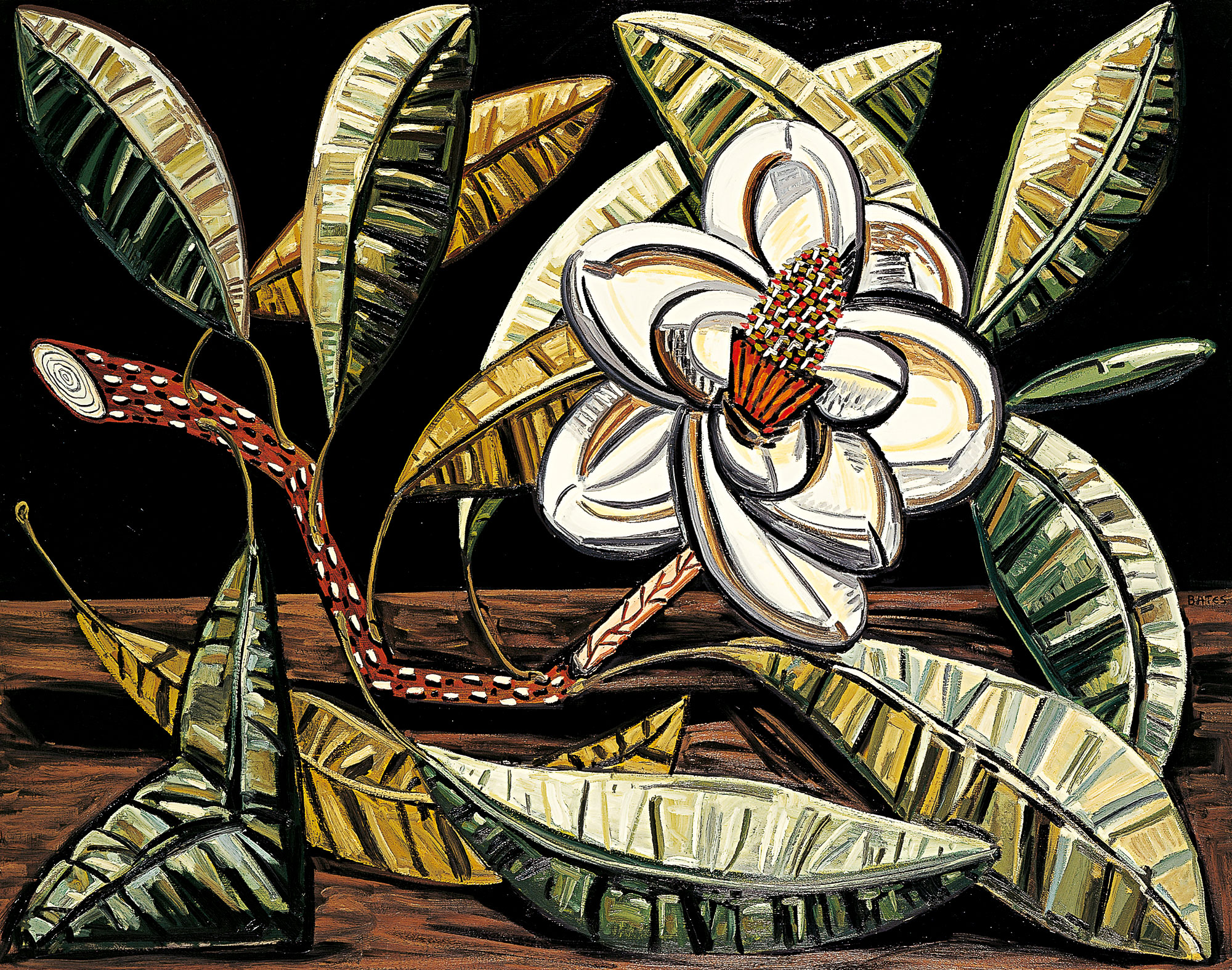 The Modern Art Museum of Fort Worth and the Nasher Sculpture Center, Dallas, present a joint exhibition of the work of artist David Bates on view February 9 through May 11, 2014. The exhibition is a retrospective of Bates’s work installed in both locations with an emphasis on painting in Fort Worth and sculpture and works on paper in Dallas. This is the first collaboration between the two museums. The exhibition is organized by Dr. Marla Price, director of the Modern, and Jeremy Strick, director of the Nasher.

Dr. Price, who organized David Bates: Forty Paintings for the Modern in 1988, the first major museum exhibition of the artist’s work, says, “David Bates’s exuberant paintings, sculptures, and reliefs are memorable and treasured works in the Modern’s permanent collection. His masterful technique creates an unforgettable portrait of a particular place and its inhabitants. He translates his own experiences into works of art that transcend regional boundaries.”

“David has been long hailed as an extraordinary painter, but his achievements in sculpture have been equally significant, despite receiving less attention,” notes Nasher director Jeremy Strick. “Following in the footsteps of the great painter-sculptors Henri Matisse and Pablo Picasso, David’s work in sculpture has expanded his expressive range and had a profound impact on his work in other media.”

In a career spanning more than forty years, Bates has combined exquisite technique with a deep understanding of American modernist traditions, resulting in a body of work that is at once sophisticated, soulful, and accessible. From his lush early paintings of the Arkansas nature conservancy Grassy Lake and the Texas Gulf Coast; to his reliefs, sculptures, and assemblages created in a variety of materials; to his most recent paintings depicting survivors of Hurricane Katrina, self-portraits, and a return to still life, this exhibition provides an in-depth look at the work of a unique and significant American artist. This exhibition includes approximately 45 paintings on view in Fort Worth, and 45 sculptures and 20 related paintings and drawings on view in Dallas.

David Bates was born in 1952 in Dallas, Texas, where he lives and works today. He studied art at Southern Methodist University and participated in the Independent Study Program sponsored by the Whitney Museum of American Art in New York, where he experimented with a wide range of styles. Bates was influenced early on by his favorite pastime and passion, fishing, and the natural setting of the Texas coast and lakes, as well as the vibrant people (and all forms of life) that inhabit these worlds. Many of his works bear imagery that relates back to his relationships with and memories of his parents—his mother can be recognized in the still life paintings, and his father is suggested in the portraits of fishermen.

In the early 1990s, Bates moved on from the paintings and small reliefs of his earlier period and began to experiment with larger, more refined, and ambitious sculptures in bronze at foundries in Walla Walla, Washington, and Houston, Texas. He has continued to work in the two media of sculpture and painting exploring figure and still life subjects.

In 2005, reeling from his experience and feelings about the tragedy of Hurricane Katrina in Louisiana, Bates began painting detailed scenes of the destruction caused by the storm. These emotional images capture the suffering of the survivors in a stark and powerful way.

The exhibition at the Modern concludes with recent work, including Bates’s self-portraits and still lifes, while the installation at the Nasher will include a gallery devoted to the artist’s studio practice, highlighting connections among his paintings, drawings, and sculptures.

Bates has been the focus of many solo museum and gallery exhibitions, including David Bates: The Katrina Paintings, Kemper Museum of Contemporary Art, Kansas City, Missouri; David Bates since 1982: From the Everyday to the Epic, Austin Museum of Art, Austin, Texas; and David Bates: Paintings from Texas Collections, The Grace Museum, Abilene, Texas. He has also been featured in numerous group exhibitions, including Still Life Masterpieces: A Visual Feast from the Museum of Fine Arts, Boston; Elements of Nature: Selections from the Frederick R. Weisman Art Foundation, Carnegie Art Museum, Oxnard, California; Variations on America: Masterworks from American Art Forum Collections, Smithsonian American Art Museum, Washington, DC; and the 1987 Whitney Biennial, Whitney Museum of American Art, New York. His work is prominently collected by museums, corporations, and individuals nationally, including The Metropolitan Museum of Art, The Museum of Modern Art, and Whitney Museum of American Art in New York; San Francisco Museum of Modern Art; Museum of Fine Arts, Houston; and the Dallas Museum of Art. The Modern Art Museum of Fort Worth has 12 works in its permanent collection.

The DAVID BATES exhibition catalogue is available for purchase online or in store at the Modern Shop.\

Major support for David Bates provided by the T.J. Brown & C.A. Lupton Foundation, Inc. of Fort Worth and Alice Walton.