Artist Donald Sultan’s career began with his first solo exhibition in 1977 in New York City, when he was just 26 years old, and he rose to prominence in the 1980s. A painter, sculptor, and printmaker, Sultan is regarded for his ongoing large-scale painted still lifes featuring structural renderings of fruit, flowers, and other everyday objects, often abstracted and set against a rich, black background; but he is also noted for his significant industrial landscape series that began in the early 1980s entitled the Disaster Paintings, on which the artist worked for nearly a decade. While Sultan’s still lifes depict and strengthen fragile and ephemeral objects, the Disaster Paintings often illustrate robust, man-made structures, such as industrial plants and train cars, that exhibit a level of fragility in their propensity to be unhinged by catastrophic events. Distinguished for combining such subject matter with industrial materials, such as tar and Masonite tiles, the Disaster Paintings exemplify in both media and concept the vulnerability of the most progressive manufactured elements of modern culture.

Sultan’s Disaster Paintings are renowned for their sensitivity to natural and man-made events in a modern, postindustrial age. The paintings are large-scale and demonstrate great physicality in the artistic process, subject matter, and finished form. Sultan’s series comprises a confluence of seeming dichotomies, merging the industrial materials of Minimalism with representational painting, stylistically combining figuration and abstraction, and making references to high and low culture, ranging from topical events to art historical iconography. Featuring a wide array of disasters as subject matter, such as forest fires, railway accidents, arson, and factories producing toxic plumes, the Disaster Paintings eternalize the real-life modern events we are faced with daily in contemporary society yet quickly forget when the next catastrophe occurs. It is a timely moment in history for the Disaster Paintings to be reconsidered.

This presentation is the first exhibition to focus on Sultan’s seminal Disaster Paintings series and will include eleven signature paintings from 1984 to 1990. Donald Sultan: The Disaster Paintings is organized by Alison Hearst, Assistant Curator, Modern Art Museum of Fort Worth. The exhibition will be on view at the Lowe Art Museum, Miami, September 29–December 23, 2016; Modern Art Museum of Fort Worth, February 19–April 23, 2017; Smithsonian American Art Museum, Washington, DC, May 26–September 4, 2017; North Carolina Museum of Art, Raleigh, September 23–December 31, 2017; and Sheldon Museum of Art, Lincoln, January 24–May 13, 2018. 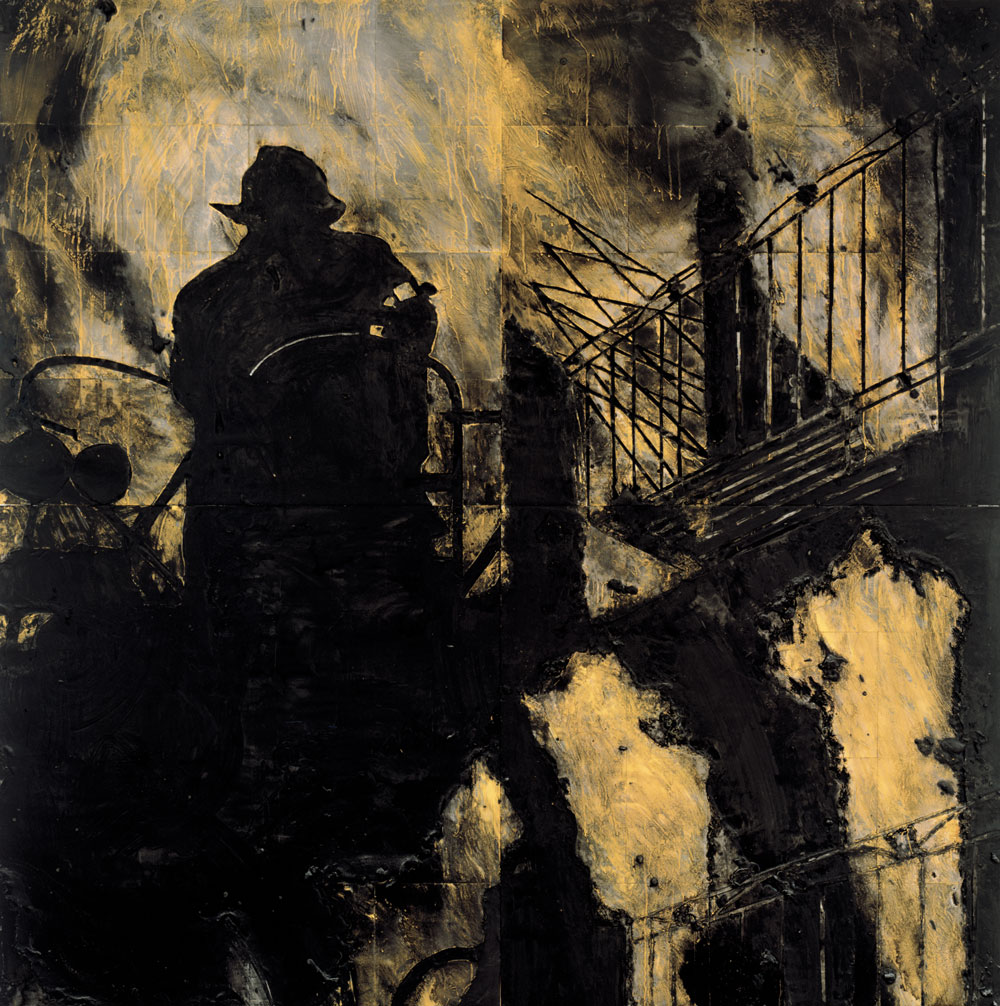