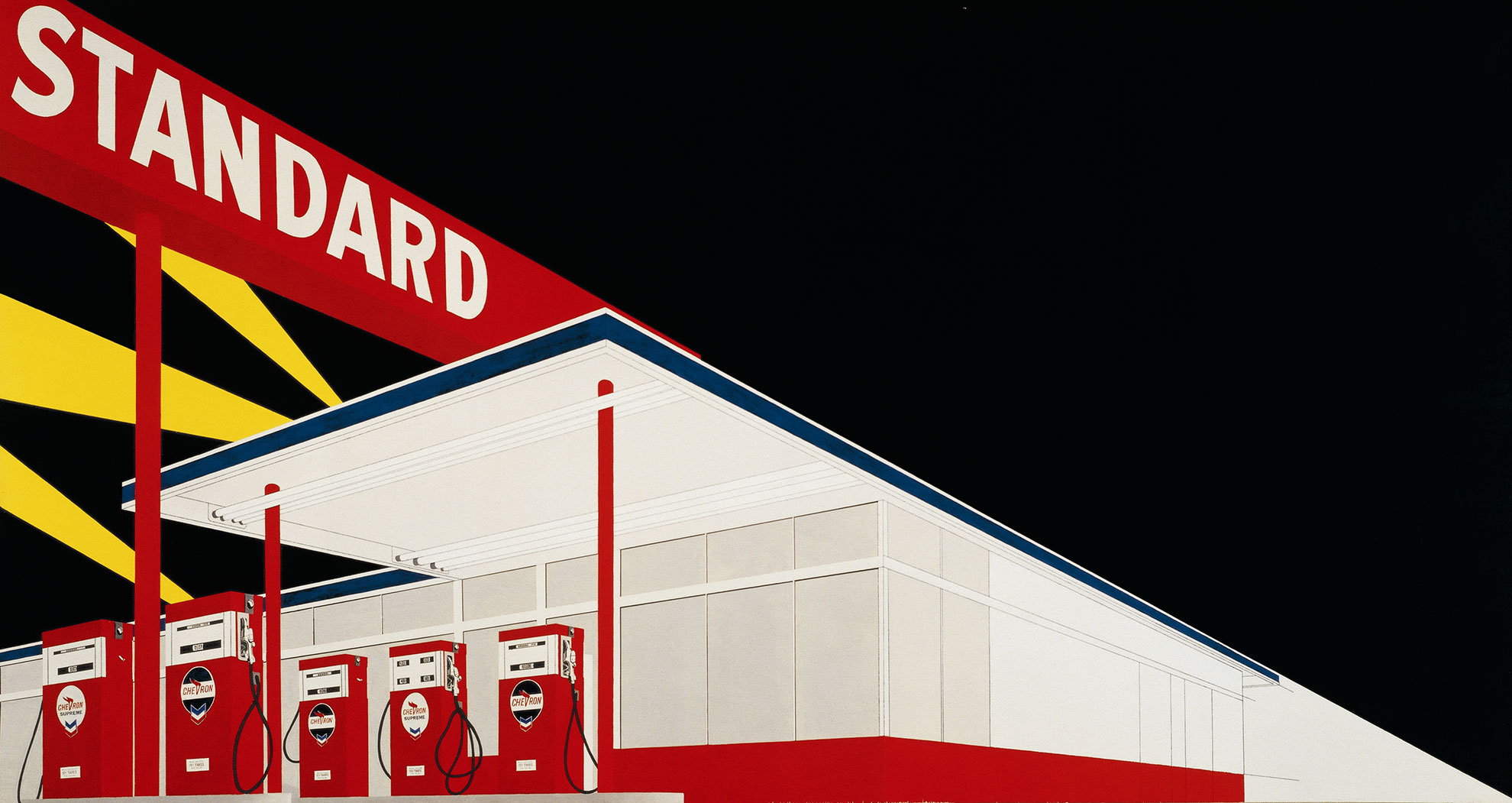 Ruscha's exploration of the topography of greater Los Angeles is represented by paintings that depict aerial grids of the city in smog and at night, as well as various Southern California horizons and sunsets, and paintings inspired by street names and road signs. The exhibition also includes many of the artist’s most famous books, including Twentysix Gasoline Stations, Real-Estate Opportunities, Some Los Angeles Apartments, Thirtyfour Parking Lots, and the innovative panoramic Every Building on the Sunset Strip.

Ed Ruscha: Road Tested also explores the Ruscha's lifelong interest in the mechanics and design of cars through paintings, photographs, drawings, and the rarely seen film Miracle, which tells the story of a mechanic who is magically transformed as he rebuilds the carburetor on a 1965 Mustang. In describing the exhibition, Auping explains, "Ed's work has always been associated with the theme of travel, but amazingly an exhibition that brings together many of the images that have been specifically inspired by the road has never been put together."