Although Fuss crosses the spectrum of photographic techniques with these and other works, he is often identified with the medium’s earliest processes. He has been linked to Louis J. M. Daguerre and William Henry Fox Talbot, nineteenth-century pioneers in the field of photography, but his lineage to these artists goes beyond his use of the techniques they developed. Many early daguerreotypes—positive, unique images produced on polished silver plates treated with chemicals—functioned as memento mori. Keepsakes of deceased loved ones, usually made after death, these daguerreotypes can be seen as an attempt to make the transient permanent. Early photograms made by Talbot represent experiments in drawing with light, but they also served to record the fleeting, such as shadows and plants. Fuss likewise addresses the ephemeral, but his treatment of imagery is ultimately light years from Daguerre’s and Talbot’s. In Fuss’s view, in order for any chosen photographic technique—antiquated or contemporary—to work, it must be personalized into a larger metaphor for processes that take place in the natural world.

From an early age, Fuss has been fascinated with the world of nature. Born in England in 1961, the artist’s life changed courses at age two, when his father suffered a stroke. An only child, Fuss moved back and forth with his mother and ailing father from southern England to Australia, where his mother’s extended family could help care for them. When Fuss was seven, his father died, and he and his mother returned to England. Much of his early life in both locations was spent alone outdoors. “I think nature was the place that I retreated to from my family situation,” Fuss explains, “and it provided me with a world of revelation.” Fuss’s pictures represent an attempt to reproduce that sense of revelation.

In his Ark series of 2005, Fuss records the varying moments at which a single droplet of water connects with a pool of water below it, forming concentric circles, or a wave, which theoretically continues infinitely. When viewed as a group, these individual waveforms evoke a larger wave, suggesting a part-to-whole relationship. Titling the works after the biblical ark, the vessel that sustained life during the great flood, Fuss suggests that the drop of water itself is the receptacle that contains and protects all life. It also underscores that it took each drop of water to create the eventual flood. Thus, water protects life, but it can also destroy life and begin it anew—a kind of metamorphosis.

Untitled, 2003, a series of butterfly chrysalises, depicts actual metamorphoses. Fuss’s detailed chrysalises, magnified hundreds of times and presented vertically on velvety black backgrounds, appear more extraterrestrial than butterfly-like. The delicacy of the encased body is enhanced in these pictures, and above all, fragility is overwhelmingly present. Fuss shows us a moment in time just before a new kind of life begins.

With Untitled, 1990, a series of portraits of children, metamorphosis is addressed in a more purely visual and psychological way. Seeing these works is a process of discovery; each child, imperceptible at first glance, emerges only as the viewer carefully studies the photograph. In the works, Fuss explains, “the child functions as a metaphor for the internal gaze. I don’t want to say ‘astral’ or ‘spiritual,’ but the idea is that the human body grows through nutrition and the internal body grows through attention. I was in a particularly introspective and meditative phase, and I was trying to make a picture that was analogous to the experience that I was having. The internal body I was wearing was like a child. The darkness [of the prints] functions as a way to move into a more open place, where I could perceive something more subtle.” People have commented that these children look like aliens from outer space, but Fuss aptly calls them “aliens from inner space.” 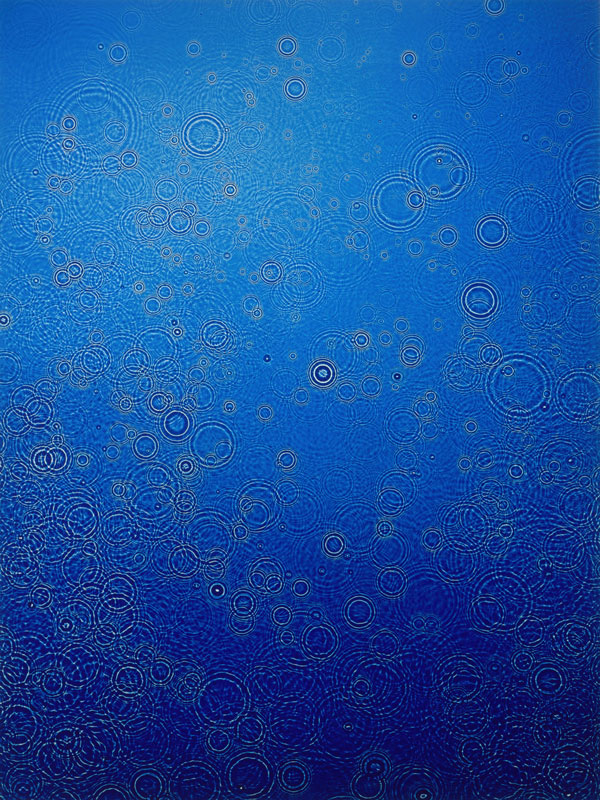