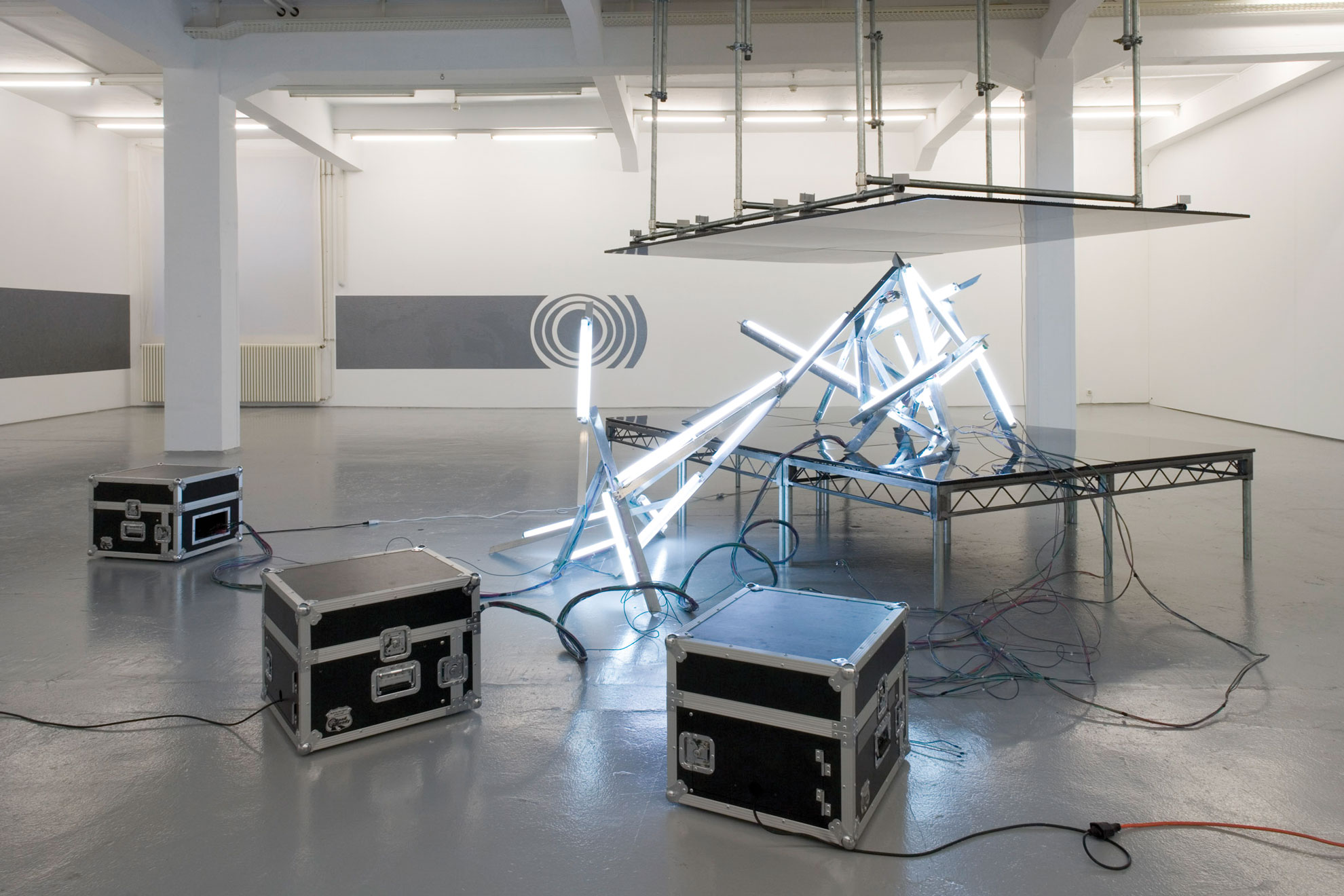 Engaging the masculine, machine aesthetic of Minimalism and the equally macho, but gritty, iconography of heavy metal music, Banks Violette creates an unlikely pact between high and low forms of visual communication to explore the ways fiction can turn into belief, or fantasy can be rendered real. Violette’s work is often characterized as an exploration of present-day themes of disaster, driven by stories of teen angst or devotion to—even obsession with—a particular band. The idea of performance is key for the artist, who commonly uses the stage as a motif to suggest the magic of a high-energy, apocalyptic rock show.  The stage, often austere and abstract in Violette’s work, is perhaps a perfect signifier for the artist, in that it represents the site of fantasy.

The visual extremes Violette employs—fine art and fringe culture—are treated as equals by the artist, who is neither an outsider to the dark genres he engages, nor to the realm of high art that he invokes.  After dropping out of high school in Ithaca, New York, Violette worked as a tattoo artist and designed t-shirts, flyers, and album covers for punk-rock and hardcore bands. Later, as a young adult, he attended two well-respected art schools, completing his BFA at the School of Visual Arts in New York City in 1998 and his MFA at Columbia University in 2000. As a result of his personal history, Violette’s particular alchemy is grounded in a rich matrix of cultural, art historical, philosophical, and socio-political issues that can be interpreted and approached on multiple levels.