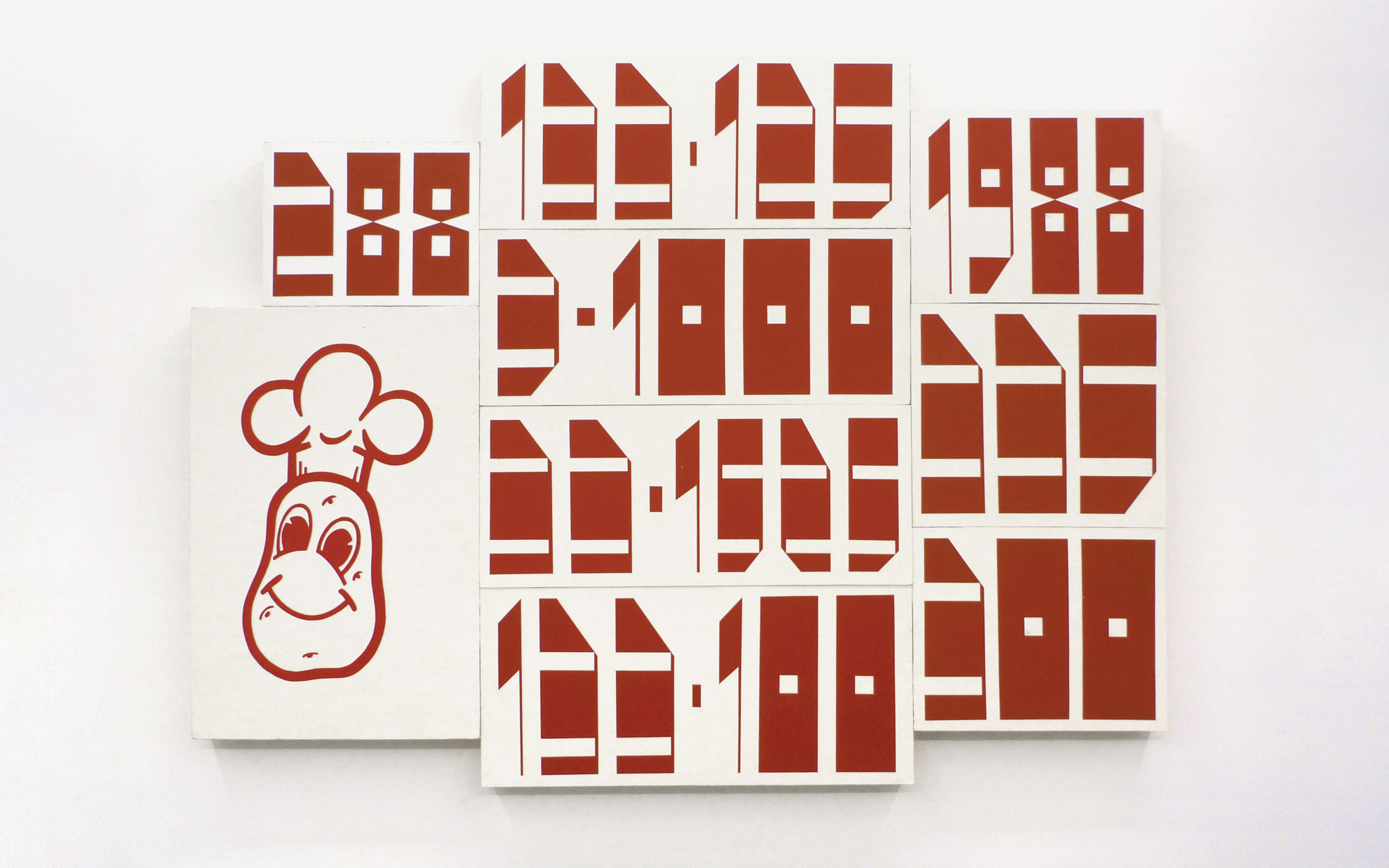 The city provides the context for the visually packed work of San Francisco native Barry McGee. Since the mid-1980s, when McGee was a teenager, he has lived in the city’s oldest neighborhood, the Mission District. At that time, the Mission held a colorful, somewhat seedy, antiestablishment atmosphere with a thriving culture of youth, alternative musicians, artists, and thinkers. The vibe of the Mission influenced the artist early on, and he began to infiltrate the area’s flourishing graffiti boom with images that he created to reflect his surroundings. Initially working under the moniker Twist (with alternatives such as Twister, Twisty, and Twisto), McGee found freedom in markmaking, tagging, and spray-paint bombing the sides of buildings and other outdoor public spaces with ephemeral (illegal) imagery. Using the alias Twist was especially liberating to the artist as a way to experiment stylistically, shift from one body of work to the next, and protect his anonymity, while questioning the ideas of authorship and ownership. This method also provided him the opportunity to develop an arsenal of conceptual themes that have figured prominently in his work ever since, such as: a critique of the government and capitalist society; the overstimulation, excess, vitality, and mayhem of inner cities and urban hubs; the forgotten societal misfit; and the need to band together, in his case with friends in the spirit of collaboration. It also helped established some of his seminal recurring motifs, for example, his variations on a wino figure with a sad-sack face, furrowed brow, and grimace—caricatures that pay homage to dropouts and people who have been marginalized by society.

In 1991, McGee graduated from the San Francisco Art Institute, where he studied painting and printmaking. The combined forces of his formal training, quick graffiti chops, and expert skills as a draftsman, along with multiple artistic influences (Mexican Muralists, tramp art, surfer culture, graffiti from the 1970s and 1980s, the beat poets, geometric abstraction, op art, early video and site-specific works, graphic design, typography, and cartoons) have factored into his unwieldy, yet unmistakable visual lexicon. By the mid-1990s, he began to span two worlds, as a key figure to his peers within the graffiti scene and as a talented newcomer to the realm of contemporary art. His drawings, paintings, sculptures, and installations have been exhibited at the Walker Art Center in Minneapolis, the San Francisco Museum of Modern Art, and the Hammer Museum in Los Angeles. Most recently, his work was the subject of a midcareer survey at the UC Berkeley Art Museum, which travels to the Institute of Contemporary Art, Boston. 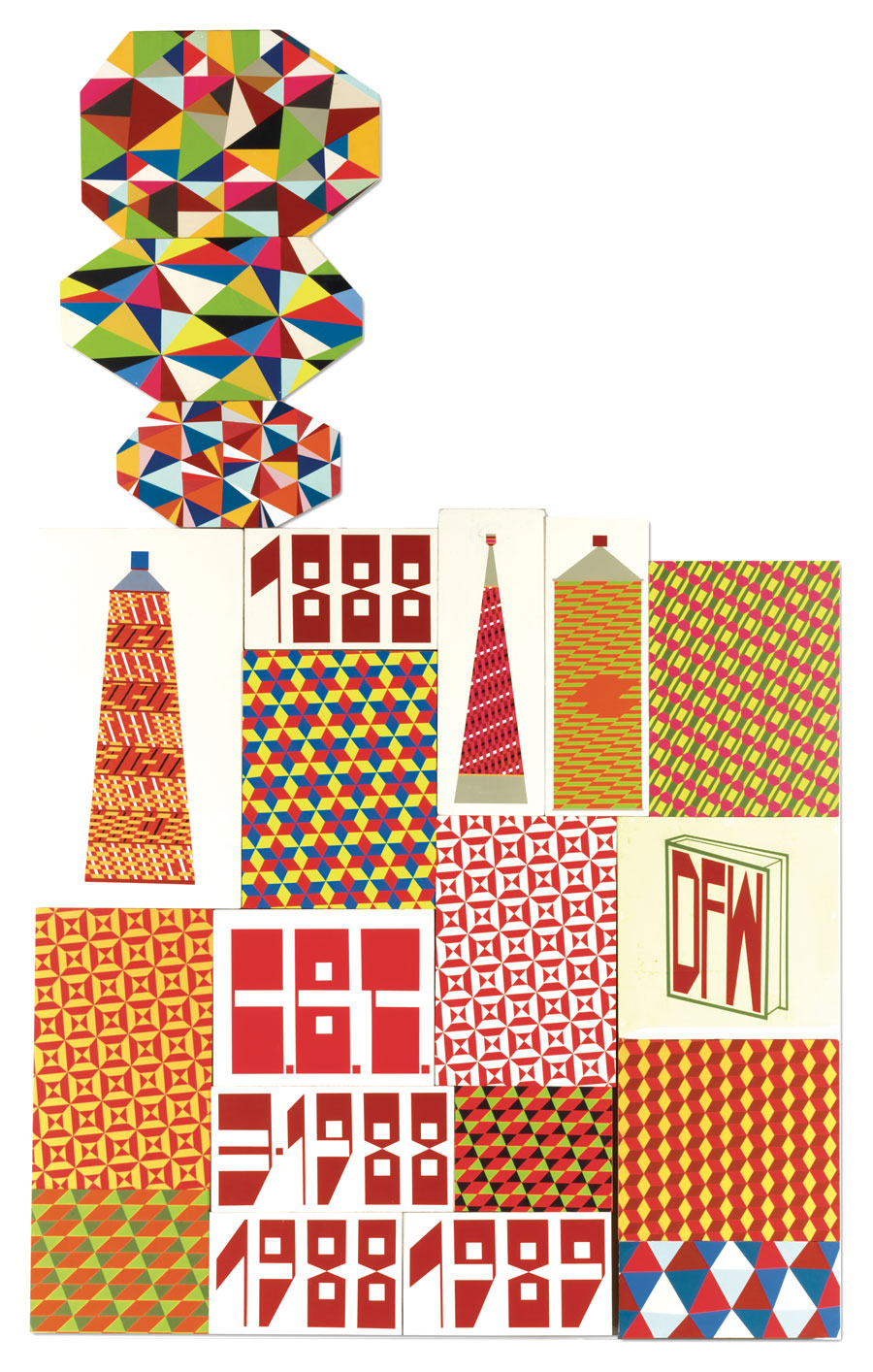