Made with spiraling swirls of hot-to-pale pink, vivid oranges, yellows, greens, ranges of blue—from deep to swimming pool—reds, and purples, the figures are often set against dark backgrounds containing their own matrix of dots, paisleys, stripes, and waves. Accompanied by a word or phrase nestled somewhere in the lower half of the canvas, phrases such as Half Made Man, Player Hater, Betty Fords, Drama, Crime, Hoax, Why Me, Think Twice, and American Apparel label and suggest the state of each sitter. The words, when juxtaposed with the portraits, clearly speak to a wide range of cultural conundrums. 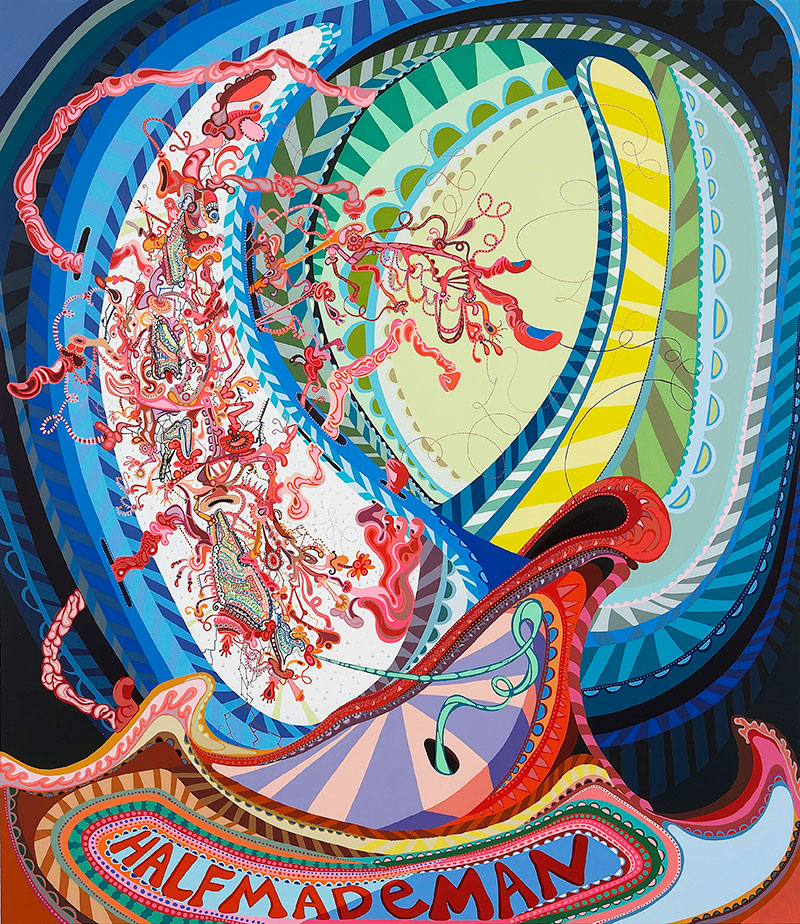 Acrylic and enamel on canvas