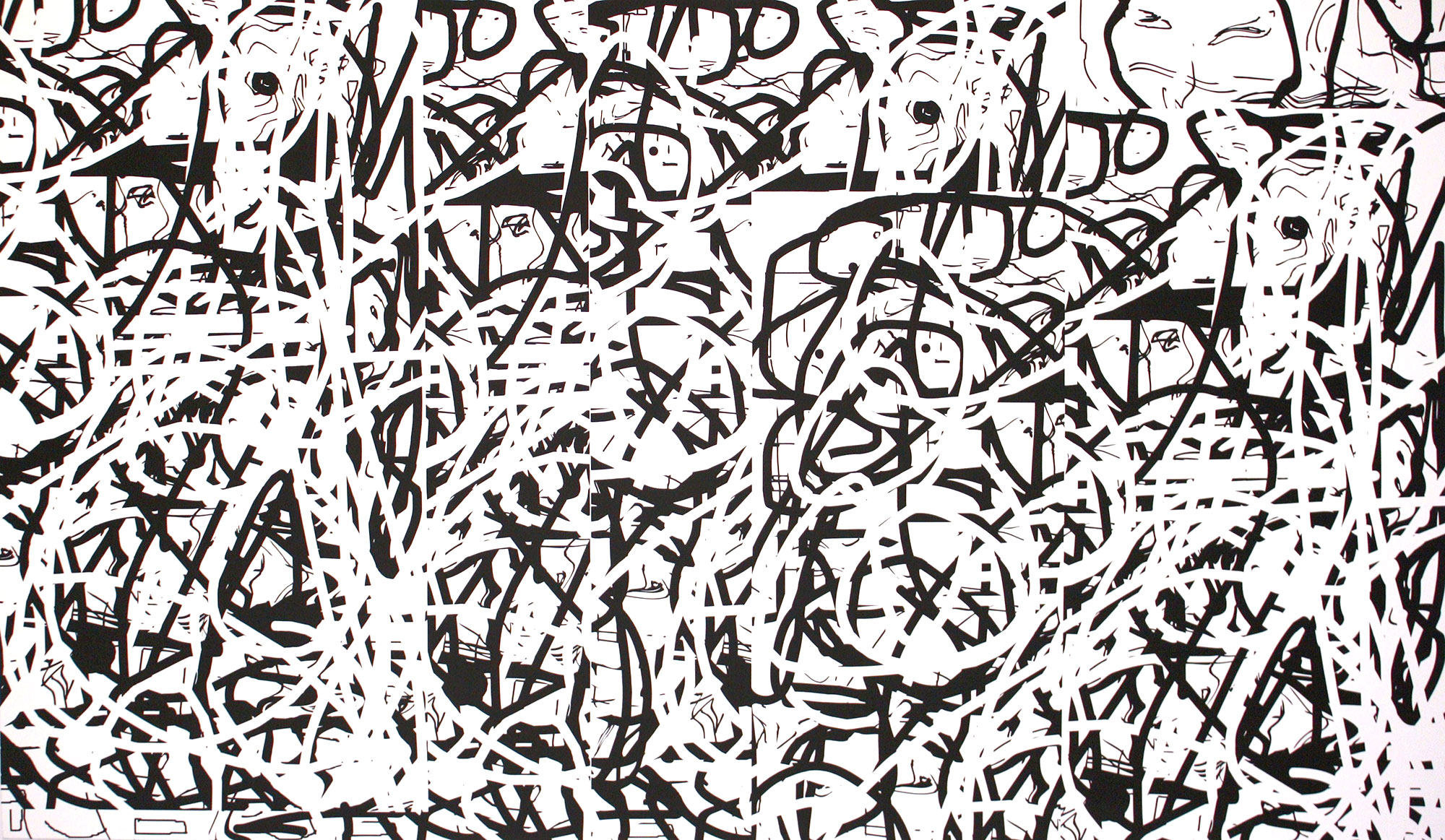 As a young painter in the mid-1980s, Texas-based artist Jeff Elrod focused on creating ironic works that addressed American postwar abstraction. “I was conflicted,” the artist explains, “I was trying to find a clever way to approach painting because I felt like it wasn’t acceptable to earnestly make abstract work, even though I was earnest about it. I was searching for a relevant form of present-day American abstraction—for a while I collaborated with another artist, and then I made paintings that were components of larger installations. Eventually I started to pick the works out of the installations to just purely make abstract paintings.”

In 1996, Elrod began to rough out drawings on a computer screen using a simple, vector-based graphics program. The process of using a mouse to create colors, shapes, and broken lines turned out to be a breakthrough for him. Because he came out of a tradition of hard-edge painting and employed a kind of mechanical line in his work, he immediately noticed a formal similarity between the mark making done on a computer and what he was doing in his own paintings. The crisp, clean lines resembled what he had already been making with tape, and he responded to the method of using a computer mouse as a way to create templates for large paintings. Doing so allowed him to watch the smooth, detached drawings unfold as he made them with the light of the screen, rather than making notes with a pencil and paper.

Elrod refers to his computer imagery as “frictionless drawings.” When he is satisfied with a particular drawing, he transfers it onto canvas by tracing the forms and masking out certain sections with tape to create lines and shapes. Elrod has described this process as “analog” painting, creating “handmade copies of digital originals.” The artist is attracted to this type of slippage and play between—how the hand and eyes work with a computer screen and a mouse, and how that differs from the immediacy of putting paint on canvas. Transferring the information from one medium to another also impacts the space; the canvases take on a hybrid quality in which flatness and depth coexist, or become compressed and more difficult to detect. His finished works, then, can be seen as sophisticated, subversive meditations that propel abstract painting into the twenty-first century.

Removing the tape to reveal the lines and forms becomes the moment of magic, and though they make reference to the realm of computer graphics that Elrod uses, ultimately the works are about painting. “I’m not into drawing on the computer and then sending out to have a print made of it. I’m into figuring out how to put the drawing onto a canvas so that it becomes a part of the painting history dialogue, and not part of a computer, or digital art dialogue. I have to think of how I’m going to make a painting, so using a computer drawing simplifies that process. . . . I guess I’d say I’m lazy, in a thoughtful way.”