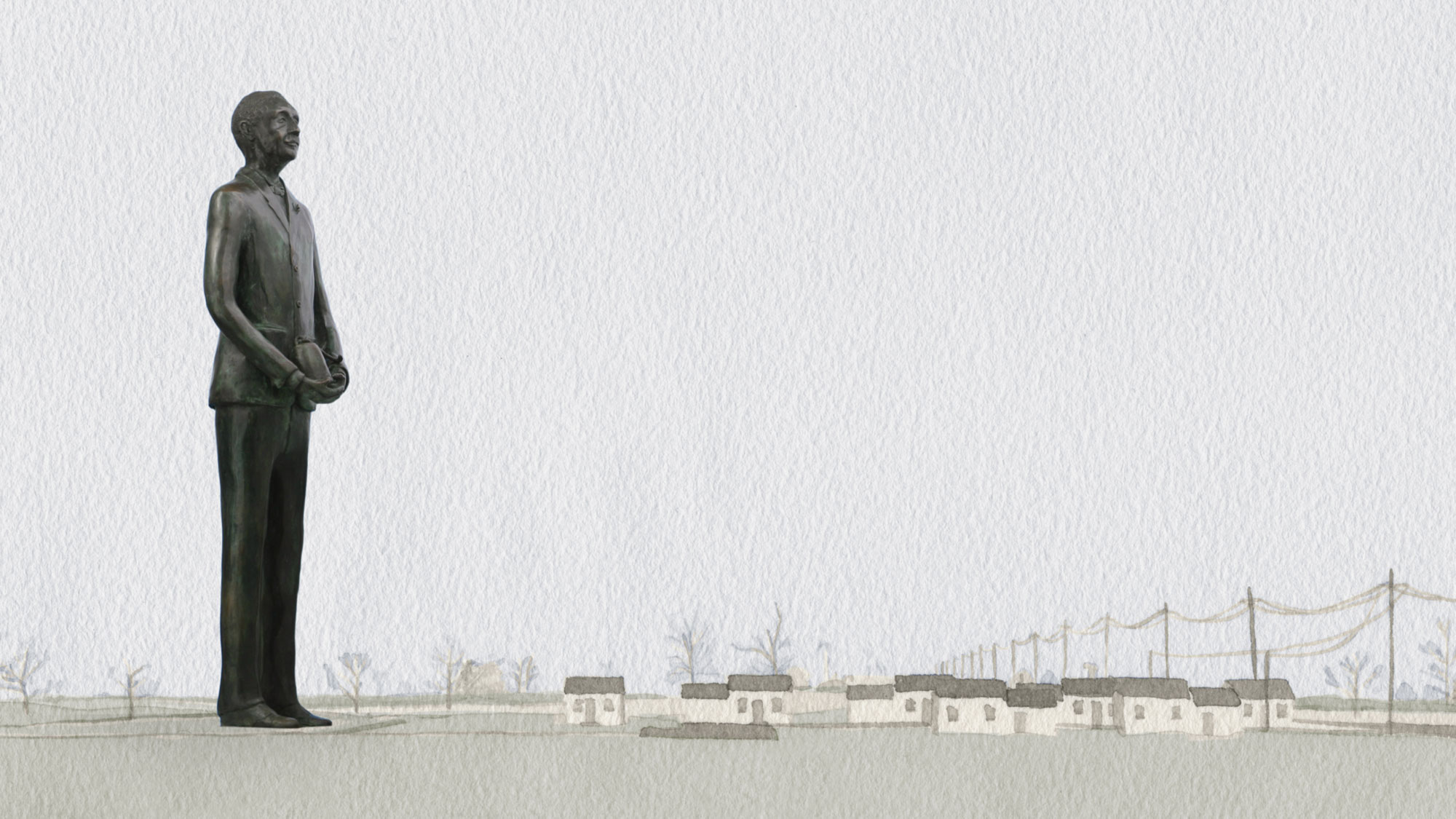 In the video, Henry, a park ranger, diligently restores a 150-foot monument to George Washington Carver, the celebrated former slave who was a leading American botanical researcher and agriculturalist. The video is set in Carver’s birthplace, Diamond, Missouri. In the narrative, Henry meets a woman named Susan, who has recently relocated to Diamond to work for a fiber-optics company. The two begin a courtship that is ultimately unfulfilled, as Susan is transferred to another town. As Henry and Susan discuss their lives and their work, it becomes evident that their deep level of commitment to their careers conflicts with their potential commitment to each other. With A Vue, Mosley examines the anxieties that we face as members of a community, prompting us to question the results of our individual choices.

The monument to Carver in the video and the accompanying sculpture in his likeness serve as apt metaphors for Henry and Susan’s present-day dilemmas, in that Carver dedicated his life to agricultural research for the betterment of American communities, and never married.

Joshua Mosley was born in 1974 in Dallas and is currently Assistant Professor of Animation and Digital Media in the School of Design at the University of Pennsylvania. Mosley’s work Dread, 2007, which was included in the 52nd Venice Biennale, Think with the Senses—Feel with the Mind: Art in the Present Tense, 2007, by curator Robert Storr, has received widespread acclaim. In addition to the Modern’s FOCUS exhibition, in 2008 Mosley will have a solo exhibition at the Museum of Contemporary Art, San Diego.

Mosley is a recipient of the Joseph H. Hazen Rome Prize, the Pew Fellowship in the Arts, the Louis Comfort Tiffany Foundation Award, and the Pennsylvania Council on the Arts Fellowship. His work has exhibited at the Museum für Gegenwartskunst in Basel, Switzerland; the Art Institute of Chicago; the Philadelphia Museum of Art; Donald Young Gallery in Chicago; and the Institute of Contemporary Art in Philadelphia.