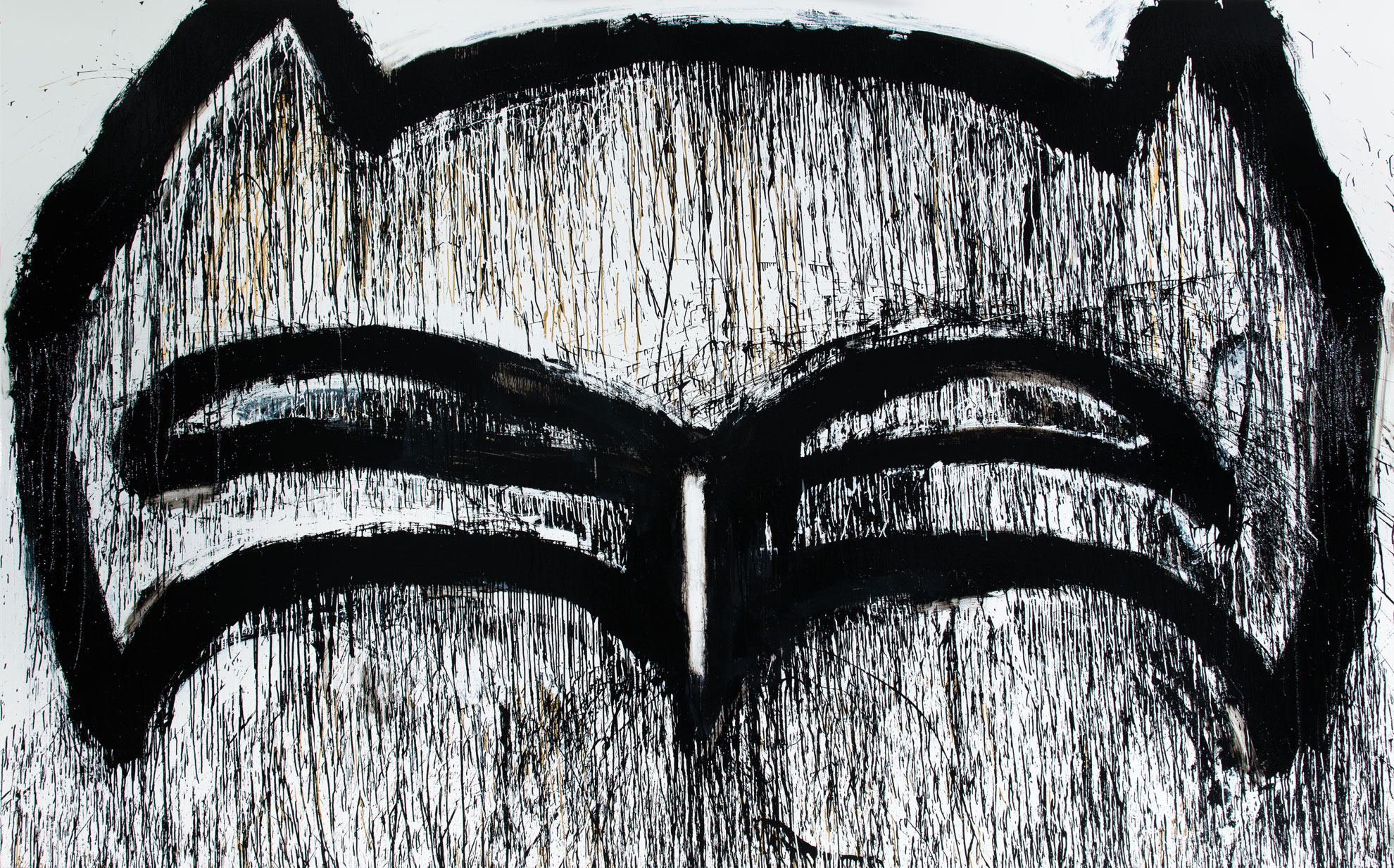 Since the mid-1970s, Joyce Pensato has utilized some of the most iconic American cartoons and comic book characters, such as Mickey Mouse, Felix the Cat, Donald Duck, the Simpsons, and Kyle and Stan from South Park, as starting points for her drawings and paintings. Pensato transforms these characters into portraits that vacillate between menacing and amusing, fretful and enthusiastic. Recognizing the emblematic power of cartoons and their ability to critique aspects of contemporary culture, Pensato freezes and modifies these familiar faces, isolating them to further comment on American society and its anxieties.

Pensato primarily works in an industrial palette of black, white, and silver enamel, which gives her works a gritty, dynamic street aesthetic. Her paintings are built up with viscous drips of enamel that merge figuration with the painterly cues of Abstract Expressionism. Pensato’s stark colors, economy of form, and distortion still leave her prototypes recognizable, though their features are often hollow and masklike. Her versions of these characters are pushed to the point of being tragicomic clowns, analyzing American notions of physical beauty and the dark underbelly of American culture. For her FOCUS exhibition, Pensato will present several photocollages and new paintings, including her largest painting on linen to date.

Joyce Pensato was born in Brooklyn, New York, and attended the New York Studio School. She continues to live and work in Brooklyn. Pensato has exhibited widely, both nationally and internationally, including her 2013 solo exhibition at the Santa Monica Museum of Art, California, which traveled to the Contemporary Art Museum St. Louis, Missouri. Her work has been featured in many group exhibitions at such venues as the High Museum of Art, Atlanta; Centre Pompidou, Paris; Speed Art Museum, Louisville, Kentucky; Uferhallen, Berlin; Galeries Nationales du Grand Palais, Paris; and the San Francisco Museum of Modern Art. Pensato’s work is in the collections of many institutions, including The Museum of Modern Art, New York; Whitney Museum of American Art, New York; Hammer Museum, Los Angeles; Centre Pompidou, Paris; and the San Francisco Museum of Modern Art. 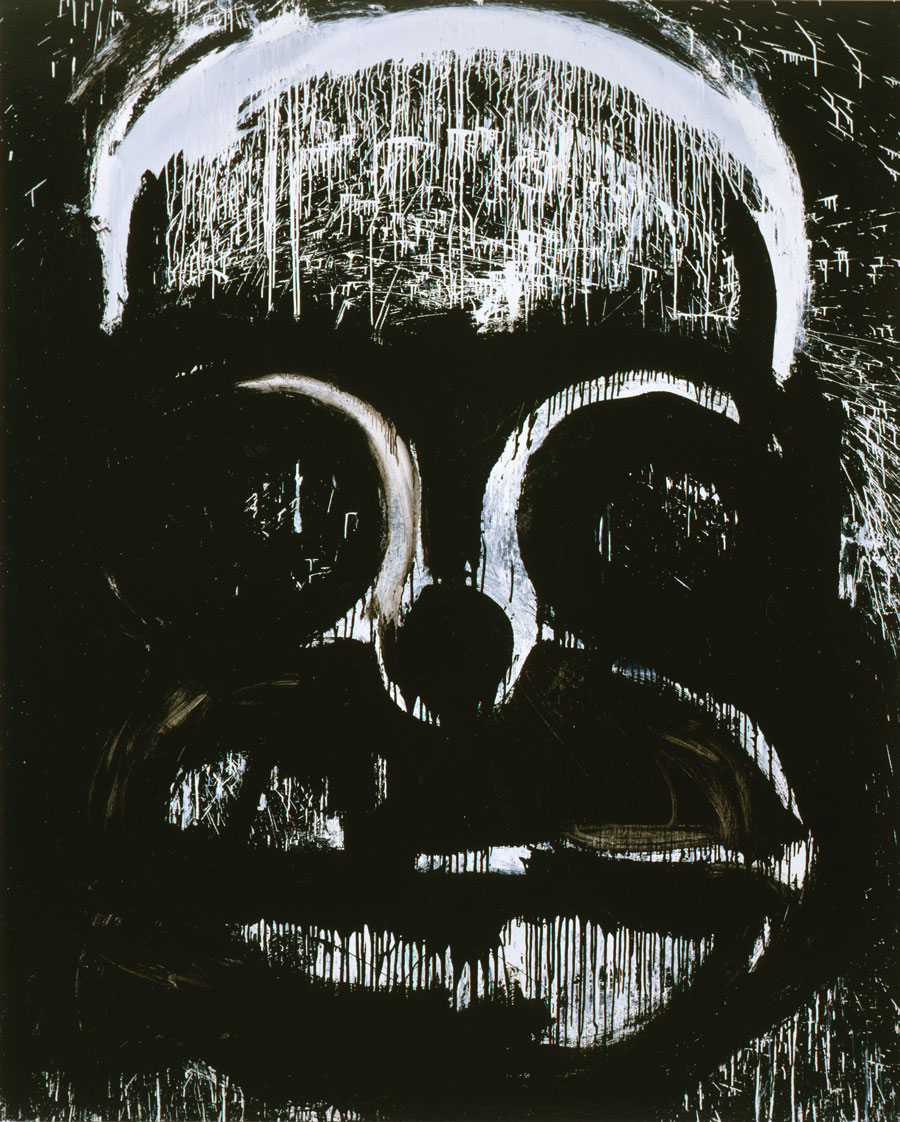