The Modern's first Director's Council FOCUS exhibition for the 2014–2015 season features the work of New York-based artist Jules de Balincourt. The exhibition presents a selection of key works spanning the past few years of the artist’s career alongside new works on view for the first time.

Born in Paris and raised in southern California, Jules de Balincourt is known for his expressive, radiantly colored paintings that vary in style, size, and theme. His subject matter includes cityscapes, present-day genre scenes, and motifs he continually recycles throughout his work, such as globes, maps, and explosions. De Balincourt’s imaginative, dreamlike style straddles abstraction and representation, and often evokes notions of American utopia and dystopia. His genre scenes, such as Idol Hands, 2012, which is included in the exhibition, investigate public and private spaces and are frequently rendered in a skewed aerial perspective featuring generalized figures that signal the everyman. These works are reminiscent of Pieter Bruegel’s 16th-century genre scenes, yet de Balincourt’s paintings depict contemporary, mostly Western people engaged in acts of war, protest, or leisure to comment on and critique particularly American societal norms and to explore the space where leisure and global concerns collide. According to the artist, the cool detachment of these aerial views mirrors the perspective of modern methods of warfare, such as planes and drones, which essentially generalize and dehumanize those below.

De Balincourt often works on up to ten paintings at a time without sketches or source materials, and he considers them chapters—symbiotic, yet independent. Countering the conceptual and theory-driven movements in contemporary art, de Balincourt’s works are immediate, intuitive, and open-ended as they explore the perimeters of the conscious and unconscious mind. As the artist states, “I think a lot of my work hinges on a duality or polarity of sorts, this utopian/dystopian potential in all of the images, as well as in us, in our ability to be swayed in either direction. Sometimes I think of my images as visions of what our current reality is, what it could be, and what it might become.” He continues, “I think of the abstraction as coming from a primordial subconscious state, and the image and narrative paintings as coming from the more rational, conscious mind.”[1]

Jules de Balincourt was born in 1972 in Paris and currently lives in Brooklyn. He received his BFA from the California College of Arts and Crafts in San Francisco in 1998 and his MFA from Hunter College in New York in 2005. De Balincourt has exhibited both nationally and internationally, including solo exhibitions at the Rochechouart Museum of Contemporary Art, France; Montreal Museum of Fine Arts; Mori Art Museum, Tokyo; and Vanderbilt University Fine Arts Gallery, Nashville. The artist has been featured in group exhibitions at the Brooklyn Museum; Palais des Beaux-Arts, Paris; Museo d’Arte Contemporanea Roma, Rome; and Massachusetts Museum of Contemporary Art, North Adams. His work is also in many public collections, including the Montreal Museum of Fine Arts; Collezione Maramotti, Reggio Emilia, Italy; The Museum of Contemporary Art, Los Angeles; Brooklyn Museum; Los Angeles County Museum of Art; and Museo di arte moderna e contemporanea di Trento e Rovereto, Rovereto, Italy. FOCUS: Jules de Balincourt is the artist’s first solo exhibition in Texas. 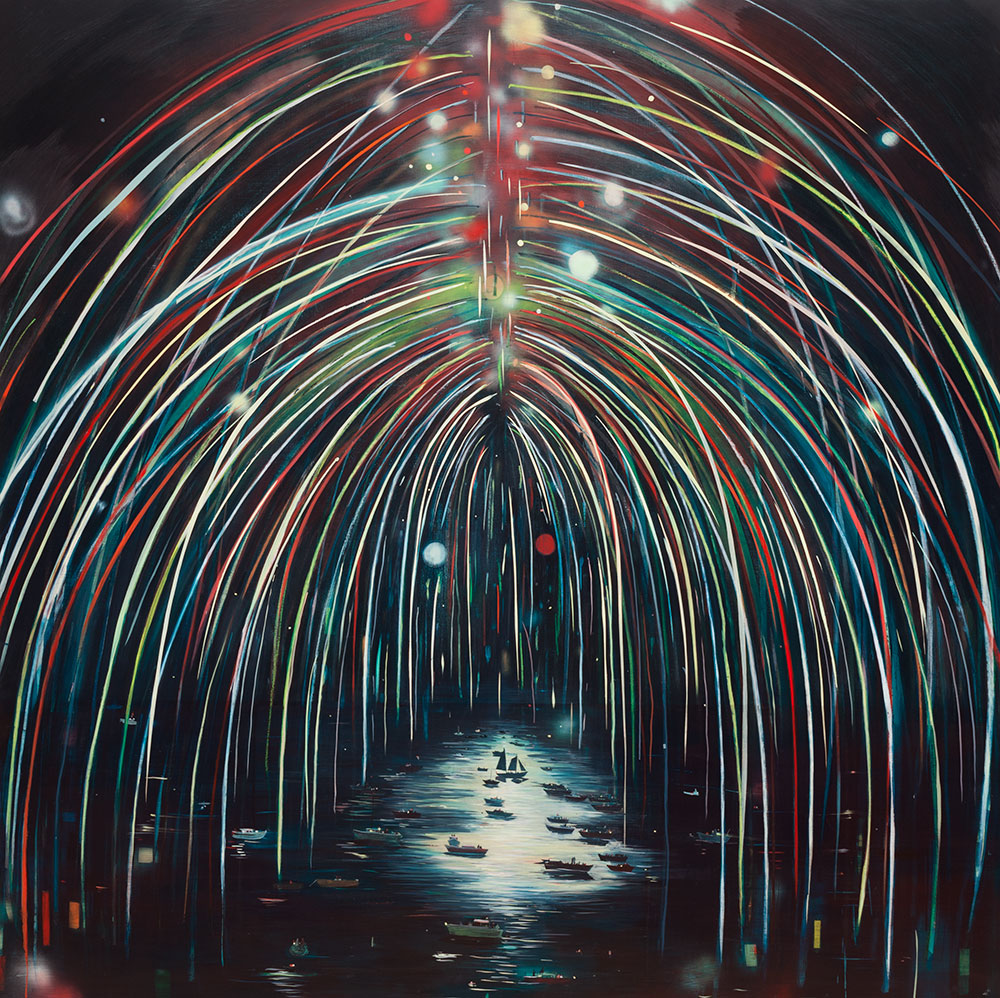