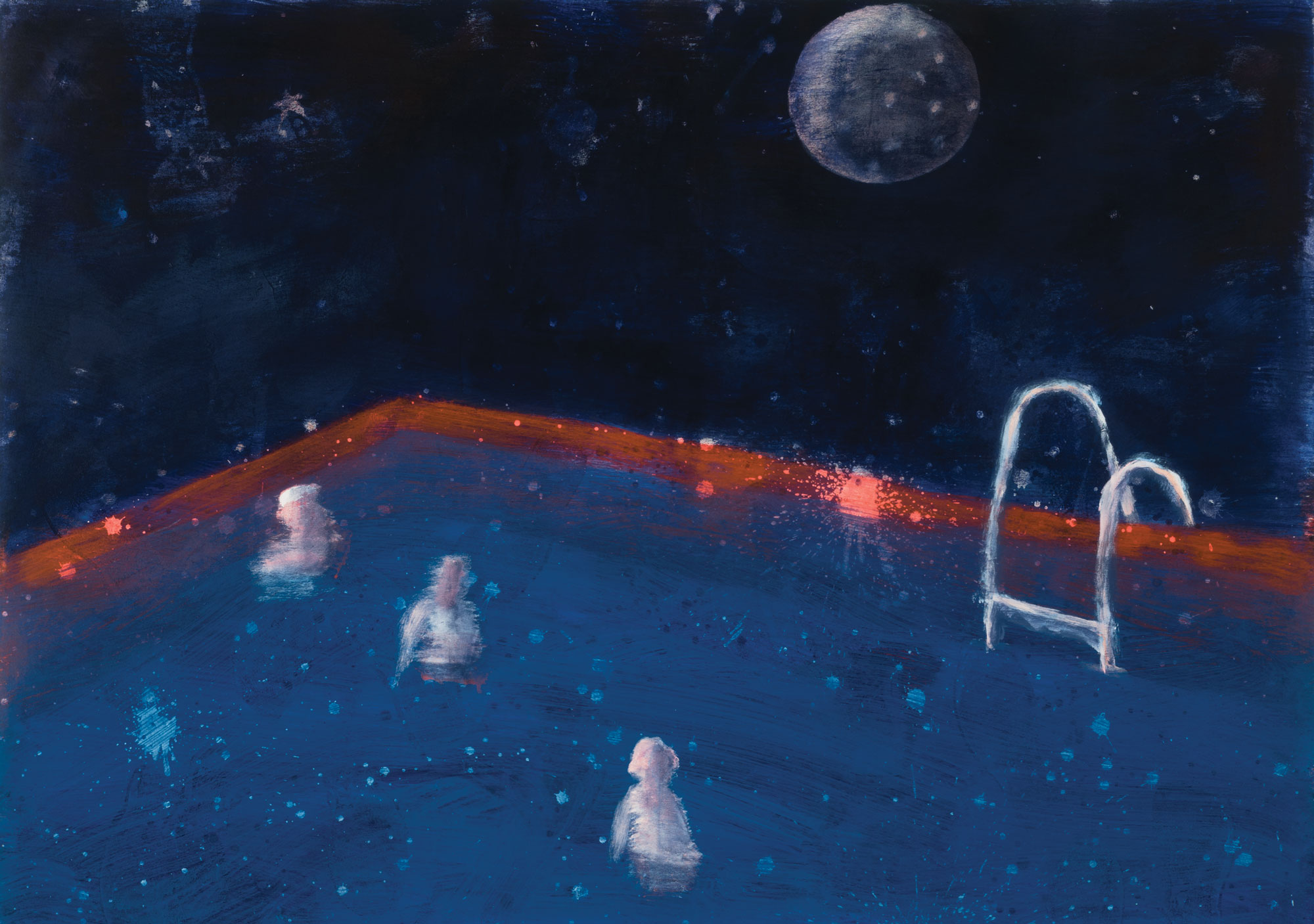 Katherine Bradford is known for her vibrant palette and eccentric compositions. Often built up over months and sometimes years, Bradford’s paintings are textured, semi-transparent coats of acrylic paint, with hints of pentimenti exposed in the finished surface. Her recent works revisit several of her favored motifs, such as ships and swimmers—traditional and enduring subjects seen throughout art history. Bradford’s canvases, however, are more ominous, and often improbable in comparison to the relative calm of James McNeill Whistler’s paintings or Paul Cézanne’s portraits of bathers. In her works, ocean liners collapse in the night sea, beachgoers and swimmers populate fearsome expanses such as ebbing waters and outer space, and sea monsters, as in Large Ocean Painting, 2016, rear their heads above a crowded ocean. Bradford’s work suggests humanity humbled by the vastness of nature.

While simple in form, her ongoing series of nocturnal paintings exhibits a range of colors, such as orange, neon green, and pink-violet, that glow and illuminate the otherwise dark scenes. In Pond Swimmers, 2016, the only source of light is emanating from the swimmers’ orange-pink skin. Two figures in the work are set within a dense blue-purple pond, while one man in the foreground lies on a sliver of beach under the night sky. As with most of her paintings, the subjects in Pond Swimmers are pared down, fragmented, and faceless, which suggests the anonymous everyman. FOCUS: Katherine Bradford is the artist’s first solo exhibition in Texas and features new and recent paintings.

Katherine Bradford was born in New York City and is currently based in Brooklyn. She received a BA from Bryn Mawr College in Pennsylvania and an MFA from the State University of New York at Purchase. Bradford has been included in important group exhibitions both nationally and internationally, at such venues as MoMA PS1, Long Island City, New York; Yale School of Art, New Haven; and the Pennsylvania Academy of the Fine Arts, Philadelphia. Her work is in several public collections, including The Metropolitan Museum of Art, New York; Brooklyn Museum; Portland Museum of Art, Maine; Worcester Art Museum, Massachusetts; Pennsylvania Academy of the Fine Arts, Philadelphia; and Smith College Museum of Art, Northampton, Massachusetts. 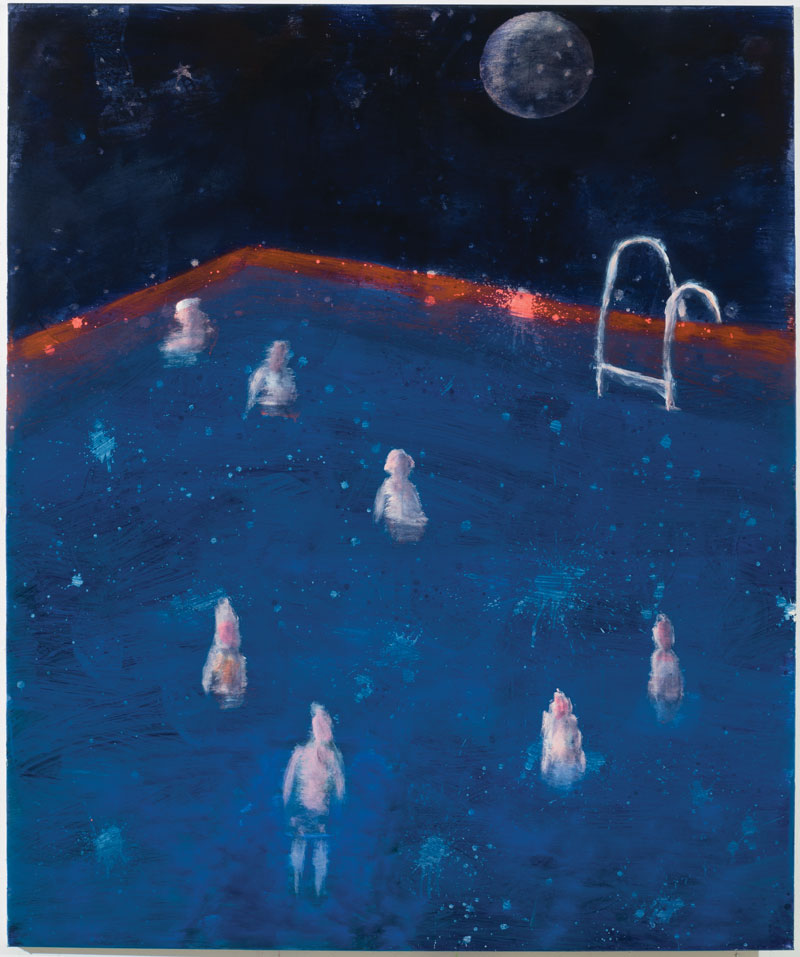