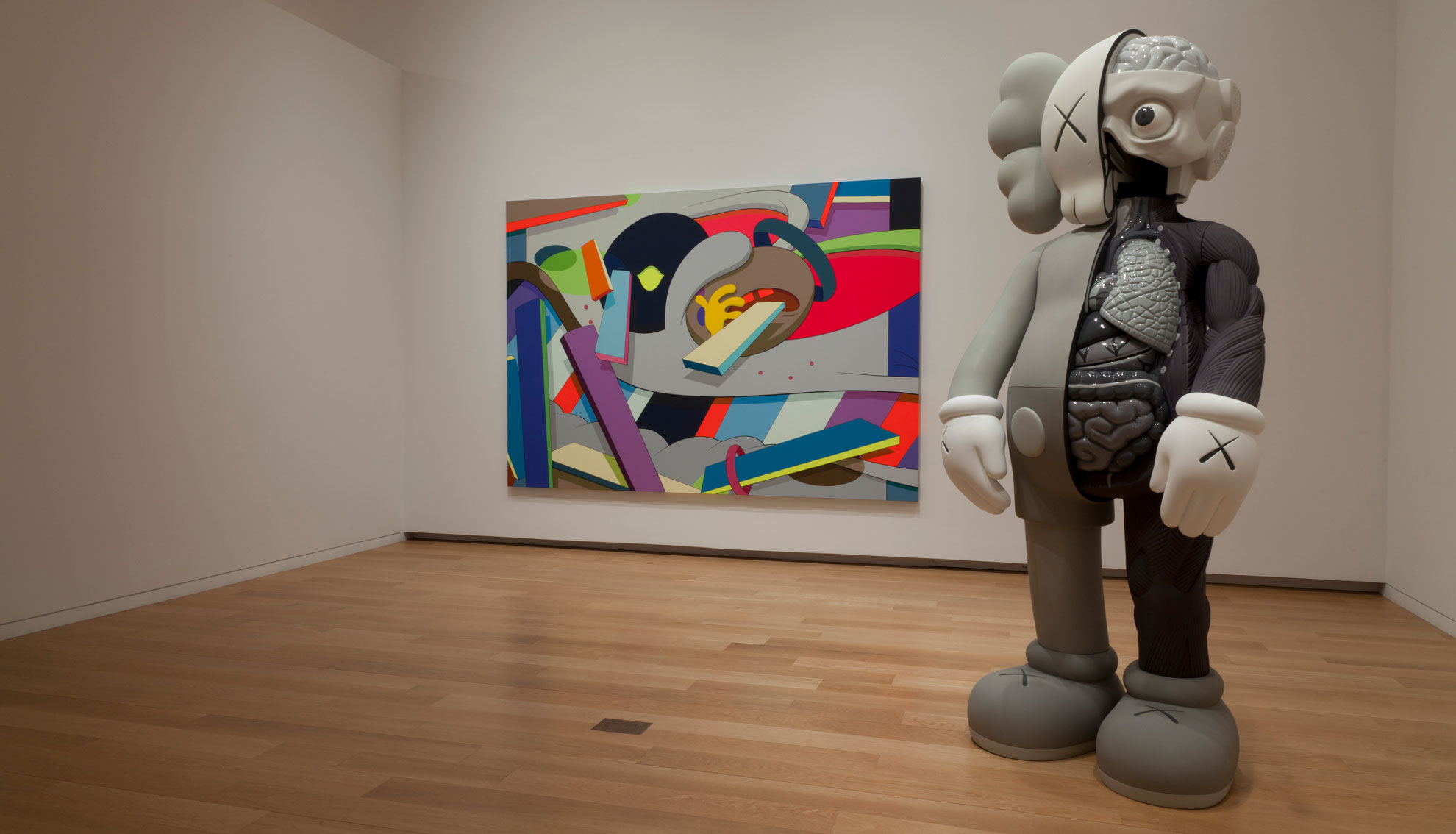 The work of Brooklyn-based artist, Brian Donnelly, who makes his art under the moniker, "KAWS," is the subject of the first Focus exhibition for the coming 2011-2012 Season. KAWS's vast body of work comprises graffiti (with which he initiated his career), sketches, drawings, murals, paintings and sculpture, as well as product design, including limited edition toys and high end street-wear. From his high school days of tagging buildings in New Jersey, KAWS moved on to the School of Visual Art in New York City in 1996, where he studied illustration. During the time, he continued creating illegal street art that began to be stolen and collected by a growing fan base. Also during the time, he began making trips to Tokyo, and through a series of connections and collaborations with key designers there, KAWS entered a partnership with Medicom Toy in 2006, and opened the boutique, Original/Fake, in the Aoyama district. With the success of the Tokyo boutique, and his explosion of visual recognition, KAWS became more and more immersed in art making.