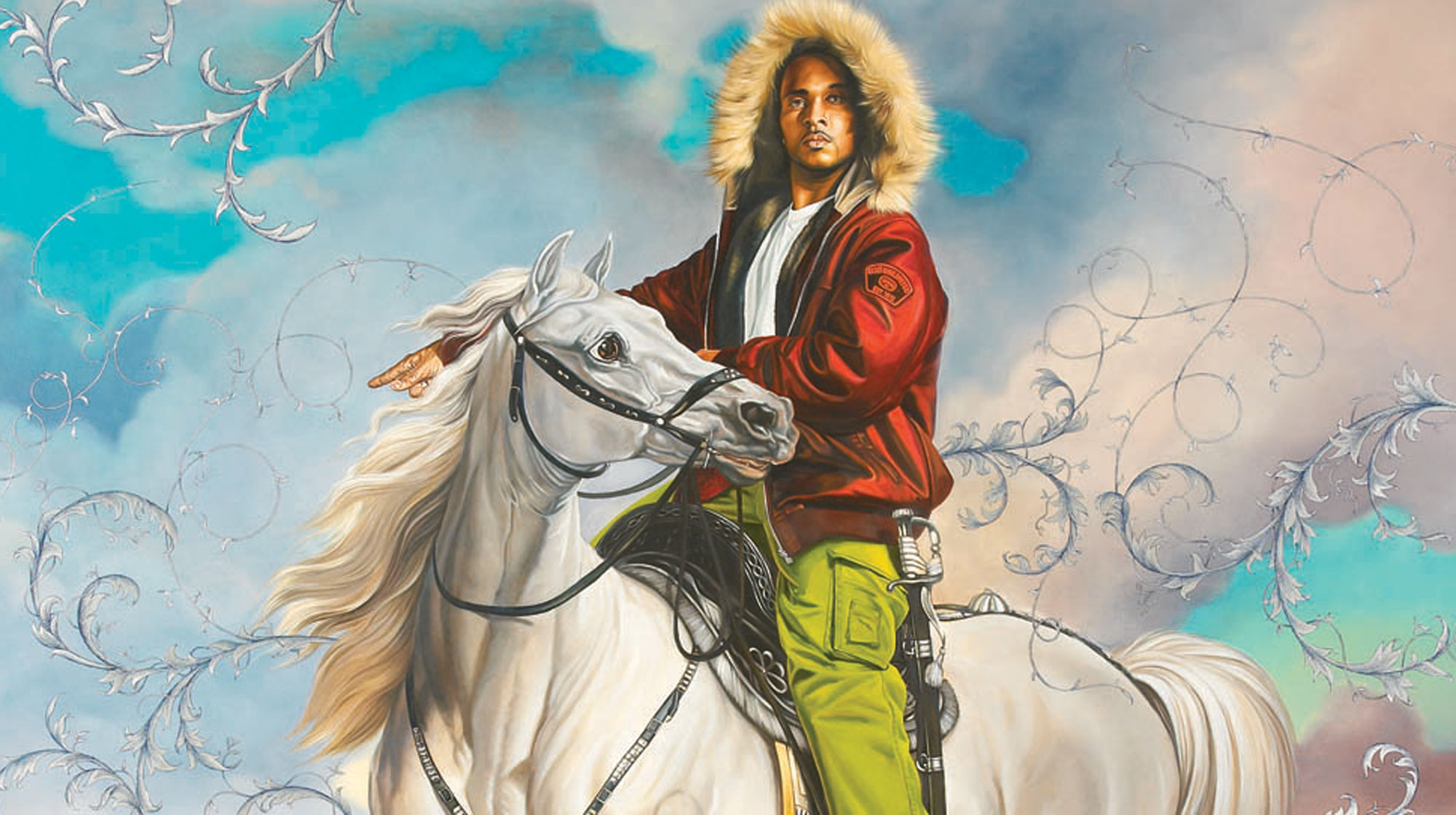 FOCUS: Kehinde Wiley features works from the artist’s equestrian series, in which he emulates such works as David’s Napoleon Leading the Army over the Alps (1805) and Géricault’s Officer of the Hussars (1814).  Although Wiley’s sitters suggest the mix of might and grandeur seen in the historical paintings, rather than war heroes and members of the aristocracy, they are young men from inner-city areas such as South Central Los Angeles, Detroit, and Harlem. Like subjects from the historical works, Wiley’s sitters are mounted on muscular horses and brandish swords, arrows, and batons, but they are depicted in jeans, hooded coats and sweatshirts, athletic jerseys, and brand-name sneakers or Timberland boots. With this series, and all of his work, Wiley examines the power held within the genre of Western portraiture. He creates works that, in his words, “quote historical sources and position young black men within that field of power.”

In his work, the artist not only addresses the blatant inequality of history, but he also suggests the current ubiquitous presence of hip-hop culture.  By juxtaposing European portraiture with modern-day, street-smart African-American men, Wiley also identifies stereotypical depictions of black masculinity and power and at the same time underscores the omissions of a well-established canon of Western portraiture.

After receiving his MFA from Yale in 2001, Wiley was awarded a residency at the Studio Museum in Harlem.  He then began exhibiting at Deitch Projects in New York, Rhona Hoffman Gallery in Chicago, and Roberts and Tilton in Los Angeles.  His work is included in the collections of the Denver Art Museum, The Columbus Museum of Art, the Kansas City Museum, The Brooklyn Museum, The Oak Park Public Library, The Studio Museum in Harlem, The Walker Art Center, and the Virginia Museum of Fine Art. 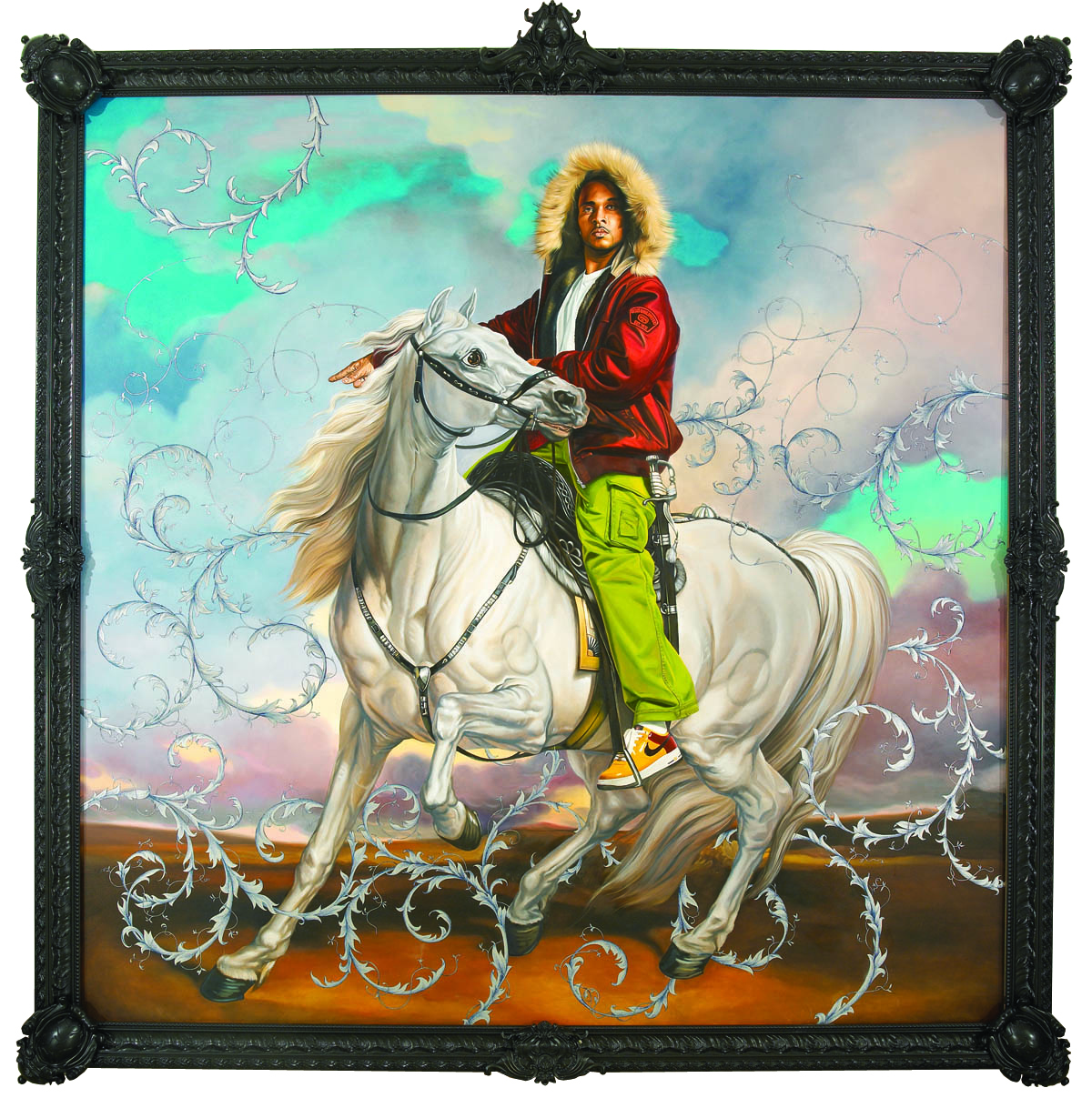