The Modern's second Director's Council FOCUS exhibition for the 2014-2015 season features the work of the Chinese/Japanese collaborative team RongRong&inri.

Since 2000, RongRong&inri have been creating works that push the boundaries of traditional black-and-white photography. The husband and wife are widely recognized for self-portraits that chronicle their lives together. Through these narrative photographs, RongRong&inri elaborate on relationships (both theirs and relationships in general), as well as cultural differences and similarities. In certain series, their naked bodies are juxtaposed against the countryside - for example, the landscape surrounding Mount Fuji - to convey the vastness and power of nature and, by contrast, the smallness of man. In other works, they present themselves in urban settings, such as those found in a rapidly developing China, where they currently live.

In Caochangdi Beijing, 2004-09, a series of thirteen hand-tinted photographs, RongRong&inri depict themselves and their three sons in a mix of modern and traditional clothes. In some of the images, inri is pregnant; in others, the boys are seen in various stages of life. Like all their works, this series is impeccably printed, and the imagery is romantic as it reveals the cycle of the artists' growing family.

In 2007, the artists further cemented their place in the discourse of contemporary Chinese photography by establishing the Three Shadows Photography Art Centre, a successful nonprofit art space. Based in Beijing, the gallery complex was designed by the well-known artist, and their friend, Ai Weiwei. 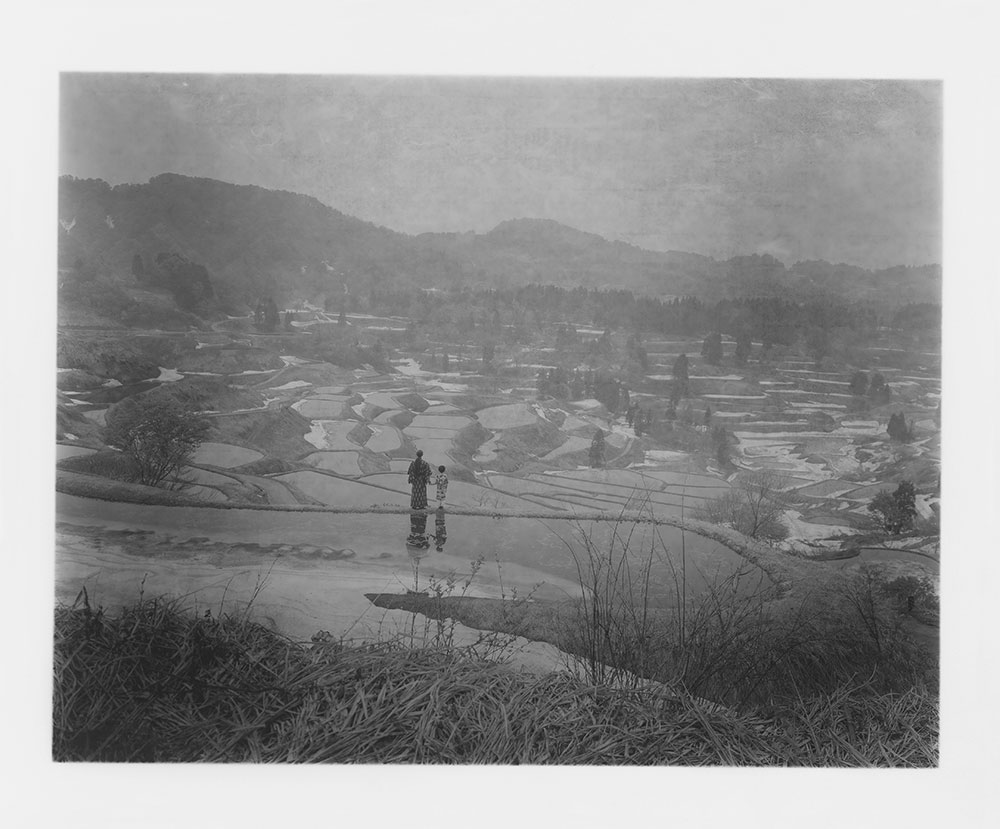