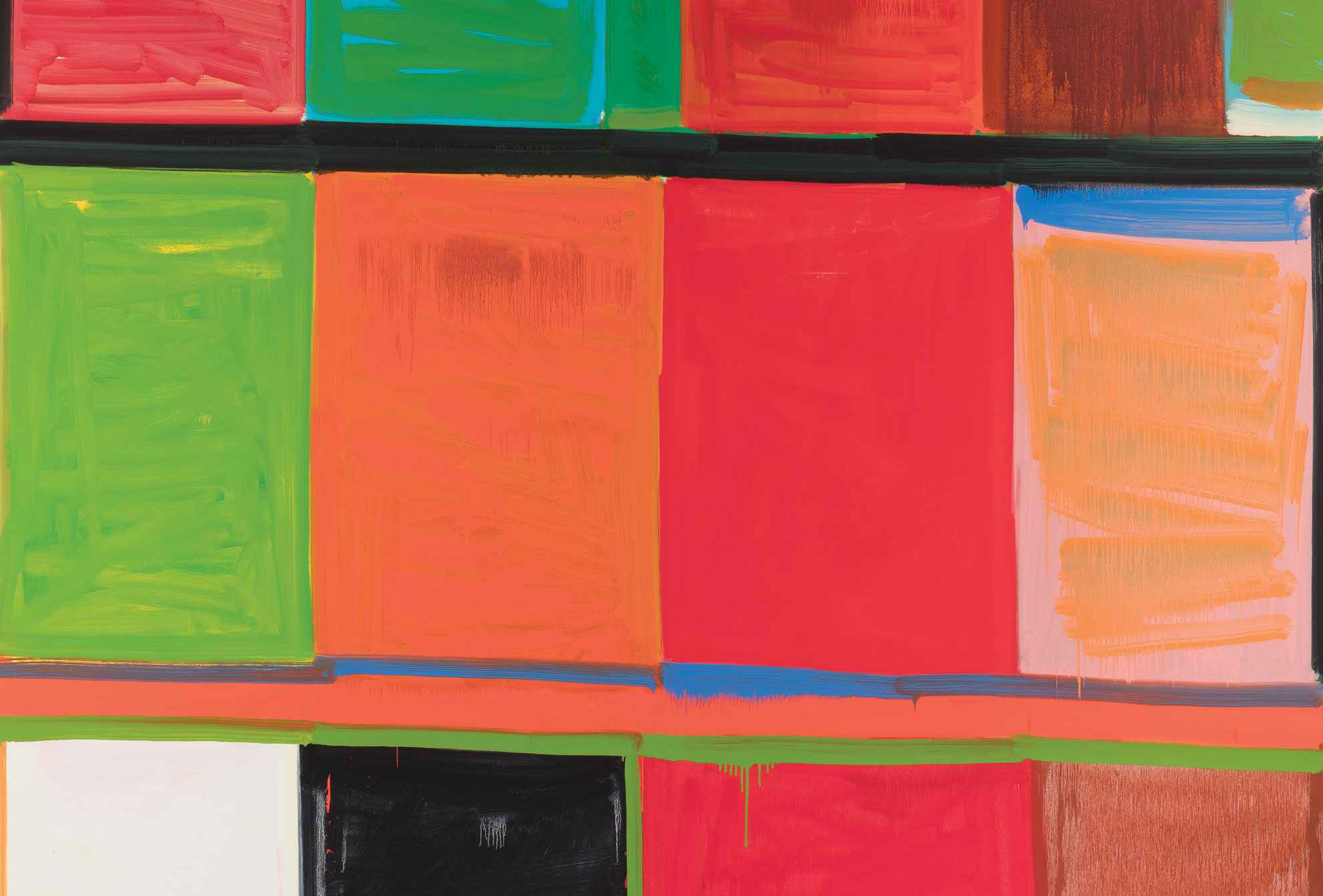 Stanley Whitney
Love in the Time of War, 2016 (detail)
Oil on linen
96 x 96 inches
Courtesy of the Artist and Team Gallery, New York.

Stanley Whitney investigates the intricate possibilities of color and form in the realm of abstract painting. Since the mid-1970s, Whitney has been known for his multicolored, irregular grids on square canvases. Taking the essentialist grid of minimalism as his cue, his configurations are loose, uneven geometric lattices comprised of vibrant stacked color blocks that vary in hue, shape, and the handling of the paint. Whitney also utilizes color as subject, and his paintings often refer to literature, music, places, and other artists, connections that are bolstered in his titles.

Working without preparatory materials, Whitney combines balance and intuition in his approach to painting, as each color block is painted sequentially in relation to the ongoing arrangement. This process is expressive, improvisational, and can be linked to jazz, which continually inspires the artist. As Whitney has stated, “The way that it’s a little offbeat, polyrhythmic; the way that things move. Nothing’s straight. Nothing’s regular. Everything’s a little crooked. And I think that’s really what comes out of the music. It comes out of the beat, it comes out of how people walk, the way people wear their hat, just a little off. I think about all of those kinds of things and want them in the painting.”

Stanley Whitney was born in Philadelphia, and lives and works in New York and Parma, Italy. He earned a BFA from Kansas City Art Institute and an MFA from Yale University. Whitney has exhibited across the globe, having held solo exhibitions at The Studio Museum in Harlem, New York; Lagorio Arte Contemporanea, Brescia, Italy; Architettura Arte Moderna, Rome; Omi International Arts Center, Ghent, New York; University of Dayton, Ohio; University of Rhode Island, Kingston; Pennsylvania Academy of the Fine Arts, Philadelphia; Anderson Gallery, Virginia Commonwealth University, Richmond; and the Brooklyn Academy of Music, New York. Whitney was in the 50th Venice Biennale. He has also been included in many group shows at such venues as the Camden Arts Centre, London; American Academy in Rome; Contemporary Arts Museum Houston; University of Chicago; Nelson-Atkins Museum of Art, Kansas City, Missouri; and the Orange County Museum of Art, Newport Beach. His prizes include the Robert De Niro Sr. Prize in Painting, American Academy of Arts and Letters Art Award, and a Guggenheim Fellowship. 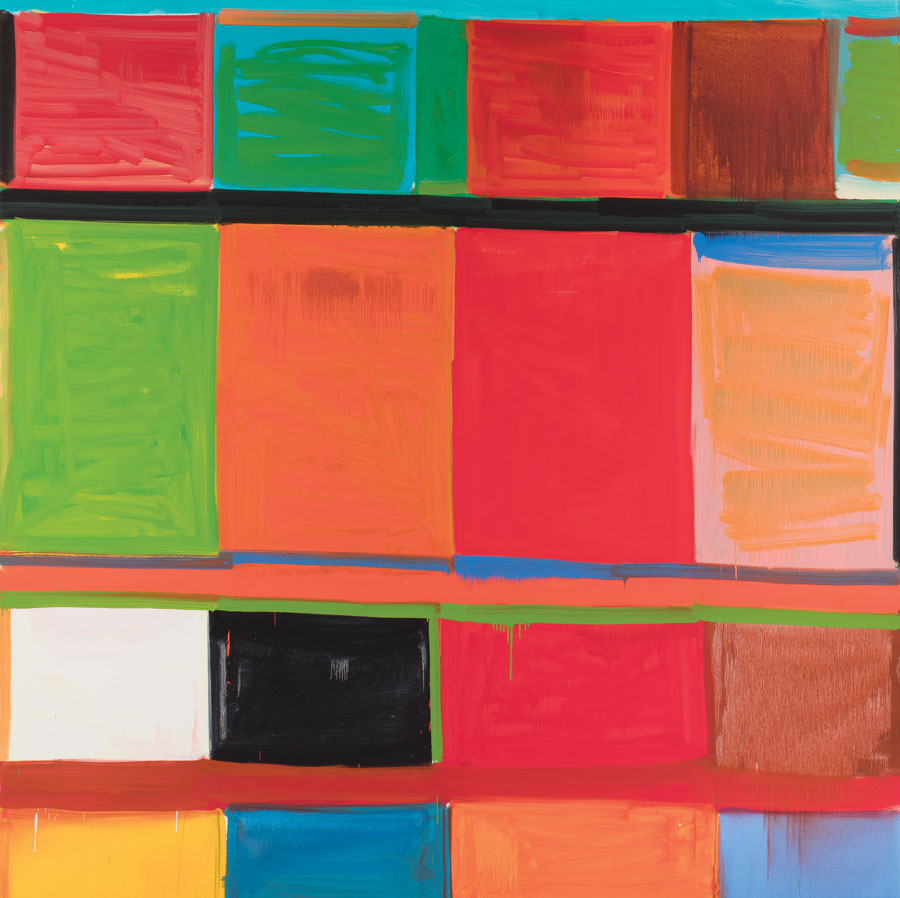 Stanley Whitney
Love in the Time of War, 2016
Oil on linen
96 x 96 inches
Courtesy of the Artist and Team Gallery, New York

Stanley Whitney
Love in the Time of War, 2016 (detail)
Oil on linen
96 x 96 inches
Courtesy of the Artist and Team Gallery, New York.