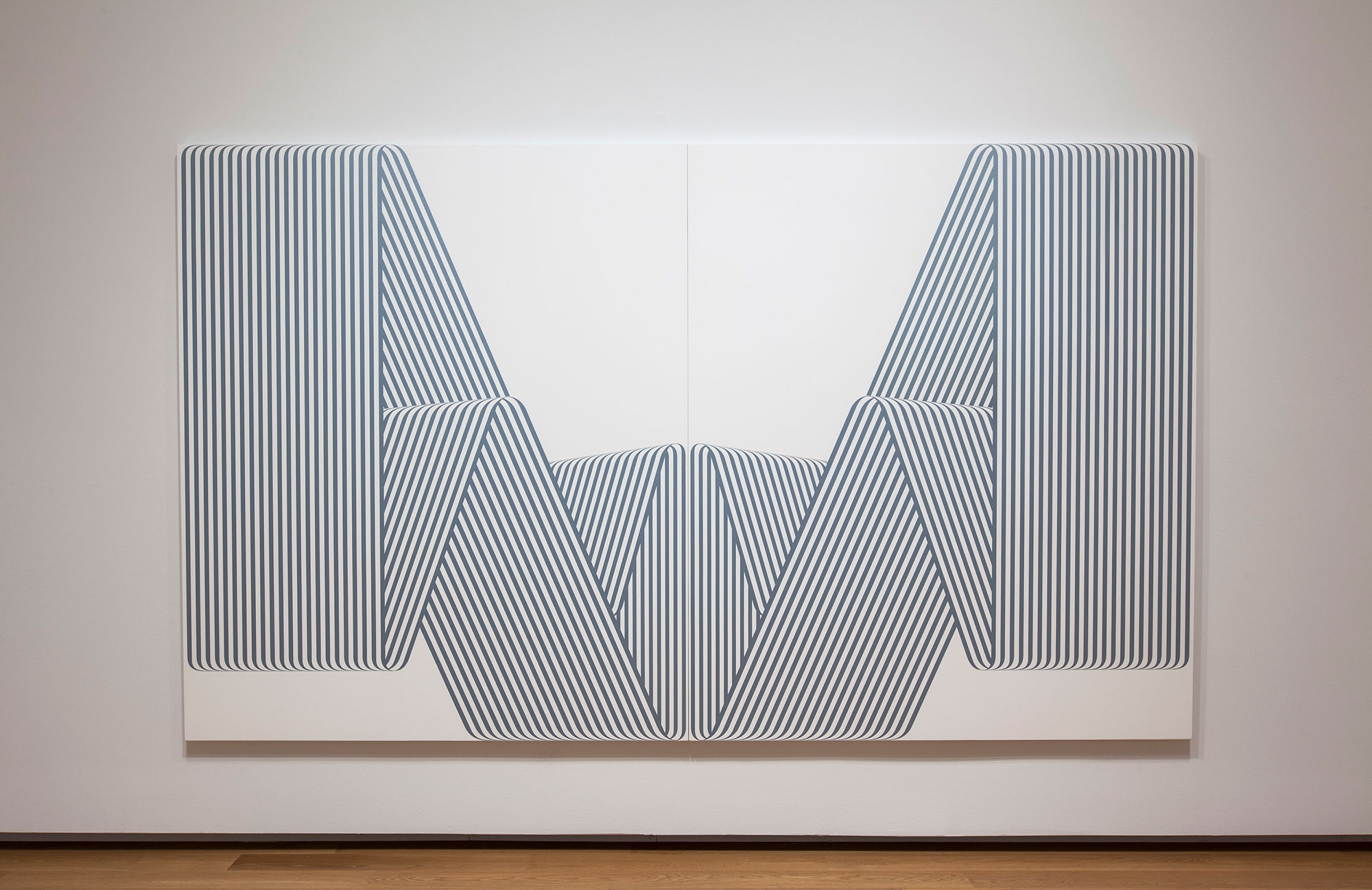 Haggerty applies multiple coats of paint to his works to create sleek and fluid surface patterns. He also changes the direction of the uniformly painted lines at certain points—bending them toward the edges of his canvases or walls, for example, and/or changing the course of their paths at the center of his compositions. By manipulating color and line in this way, Haggerty’s imagery becomes a study in spatial and sensory perception, appearing to hum and even making his two-dimensional paintings appear to be three-dimensional. This combination of serial color and pattern, along with his redirecting of the lines, has a crucial impact on the overall pictorial appearance of the artist’s works. It immediately transforms his simple painted stripes into vibrant and undulating images that seemingly alter the space in and around them.

Terry Hag­gerty was born in Lon­don, Eng­land, and stud­ied at the Chel­tenham School of Art in Glouces­ter­shire. He currently lives and works in Berlin. Haggerty has exhib­ited widely at gal­leries and muse­ums around the world, includ­ing the Ham­mer Museum, Los Ange­les, California; The Aldrich Contemporary Art Museum, Ridgefield, Connecticut; and PS1, Long Island City, New York. He is the recip­i­ent of sev­eral awards, includ­ing the FOR-SITE Foun­da­tion Award (2009), John Anson Kit­tredge Award (2003), and NatWest Art Prize (1999). He has par­tic­i­pated in two artist-in-residency pro­grams, at The Mac­Dow­ell Colony in New Hampshire (2002) and the Inter­na­tional Stu­dio Pro­gram for the Arts in Copen­hagen (2003). Com­mis­sions include wall draw­ings for AT&T Sta­dium in Dallas, Munich Re in Lon­don, and pri­vate col­lec­tions in the US and Ger­many.