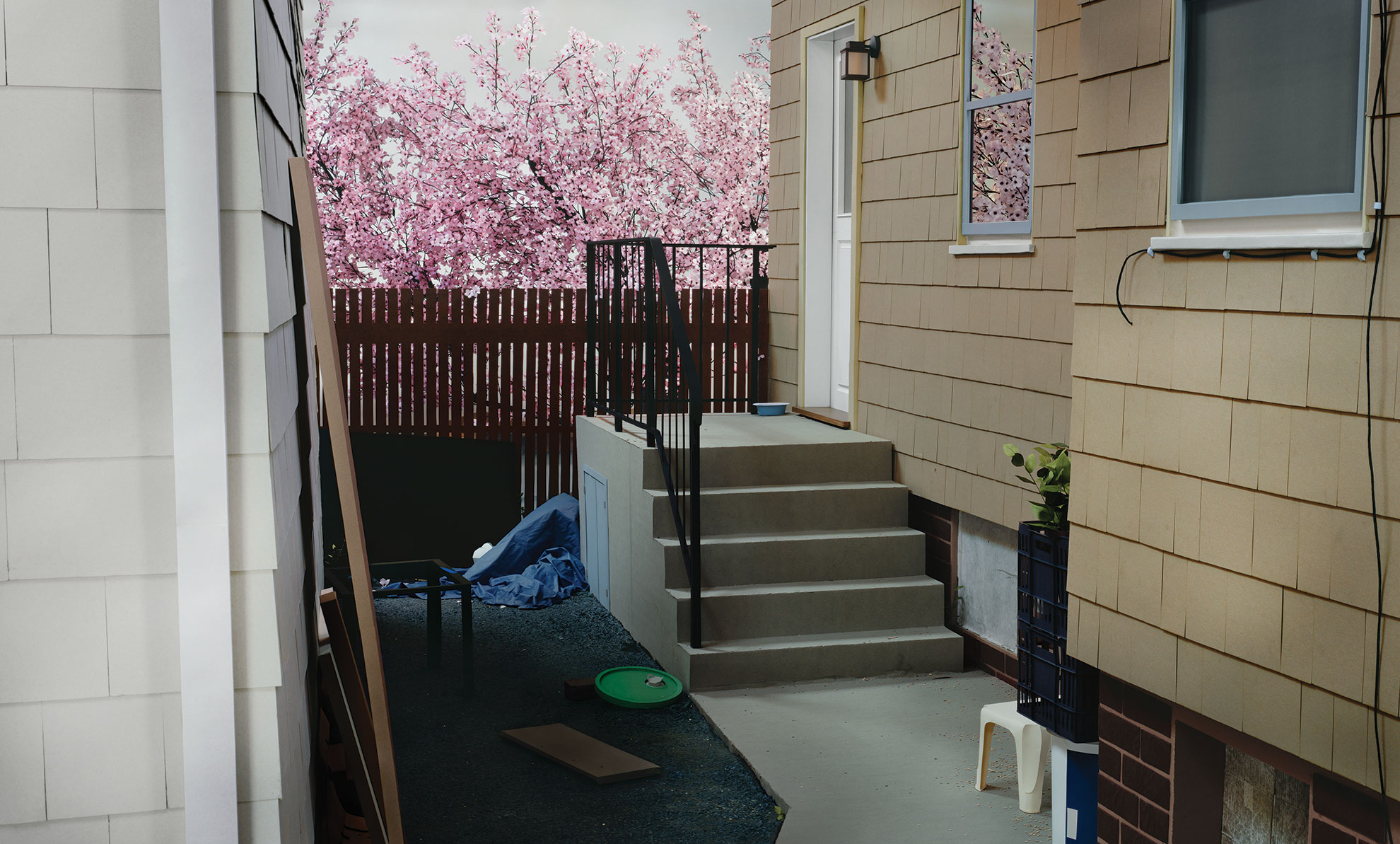 Demand's photographs merge truthful documentation and unsettling artifice - two polarities raised by photography since its inception. For more than two decades, Demand has built intricate, life-size, three-dimensional models made wholly out of colored construction paper and cardboard that faithfully replicate specific architectural spaces and natural settings. He photographs the ephemeral structure and destroys it once the image is made.

The spaces conveyed in Demand's work are facsimiles of preexisting photographs, often circulated by the media, that document historically, culturally, and politically significant or notorious sites. However, devoid of the noted people and dramatic events that occurred in these places, his images seem both slightly uncanny and somewhat banal. He has tackled such subjects as Henri Matisse's studio floor, the Oval Office, the control room of the Fukushima Daiichi Power Plant days after the 2011 tsunami, the room where the failed assassination of Hitler occurred, and the kitchen of Saddam Hussein's hideout. His finished photographs are thus thrice removed from the original site they intend to represent, raising questions about the inherently contrived nature of photography, even in the realm of documentation.

For FOCUS: Thomas Demand, the artist presents several recent photographs that relate to political and historical narratives specific to the United States, including Backyard and Patio, both from 2014. Backyard depicts the courtyard of the Boston Marathon bomber Tamerlan Tsarnaev's home, which is strewn with trash and a wadded blue tarp. A blooming cherry tree is in the background behind the slotted wooden fence and is reflected in the vinyl-sided home's window. The photograph closely replicates a specific news image of Tsarnaev's wife, Katherine Russell, as she exits their Cambridge home. However, Russell is omitted in Demand's image, veiling the clear, identifiable signifiers of the location and its importance and, thus, adding to the peculiarity of the locale the photograph presents.

Thomas Demand was born in Munich and currently lives and works in Los Angeles and Berlin. He attended the Kunstakademie in Düsseldorf and Goldsmiths College in London, where he received an MA. He has exhibited widely across the globe, including recent solo exhibitions at the Los Angeles County Museum of Art; Museum of Contemporary Art, Tokyo; Neue Nationalgalerie, Berlin; Hamburger Kunsthalle; Serpentine Gallery, London; Kunsthaus Bregenz; and The Museum of Modern Art, New York. He has participated in many group shows at such venues as the KasselerKunstVerein, Germany; Metropolitan Museum of Art, New York; Whitechapel Gallery, London; and the Centre Pompidou, Paris. His work is represented in numerous museums and collections, including the Metropolitan Museum of Art, New York; Guggenheim Museum, New York; Hirshhorn Museum and Sculpture Garden, Washington, DC; National Gallery of Art, Washington, DC; Centre Pompidou, Paris; Tate Modern, London; and Fondazione Prada, Milan. FOCUS: Thomas Demand will be his first solo exhibition in North Texas.