Over the years, Lutter’s work has evolved into a meditation on architectural landmarks and places with iconic resonance, from the abandoned Pepsi Cola Factory in Long Island City to the now defunct Battersea Power Station in London. The resulting large-scale, black-and-white negative imagery presents us with haunting forms that are at once familiar and estranged.

Lutter was born in Germany and trained in Munich as a sculptor. She has lived and worked in New York City since the early 1990s, when she attended graduate school at the School of Visual Arts, New York (MFA 1995). In 2001, she was awarded a Guggenheim Fellowship, and in 2002 she received a Pollock-Krasner Foundation Grant. Her work has been exhibited widely throughout the United States and Europe, including solo shows at the Museum of Contemporary Photography, Chicago; Kunsthalle Basel, Switzerland; and Dia Center for the Arts, New York. Her work was included in the 26th São Paulo Biennial (Brazil) and has been exhibited in group shows at the Museum of Contemporary Art, Chicago; the Whitney Museum of American Art, New York; and the Museum of Modern Art, New York. 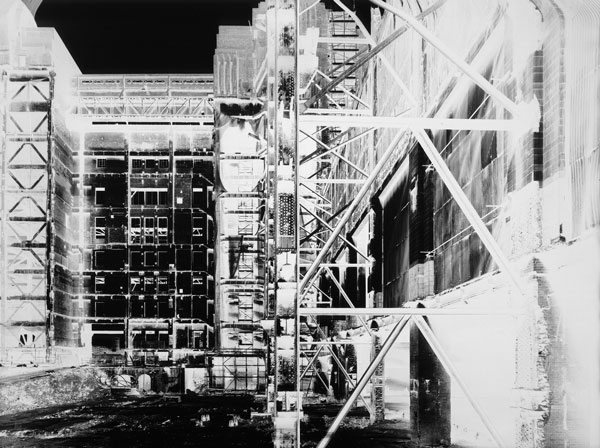