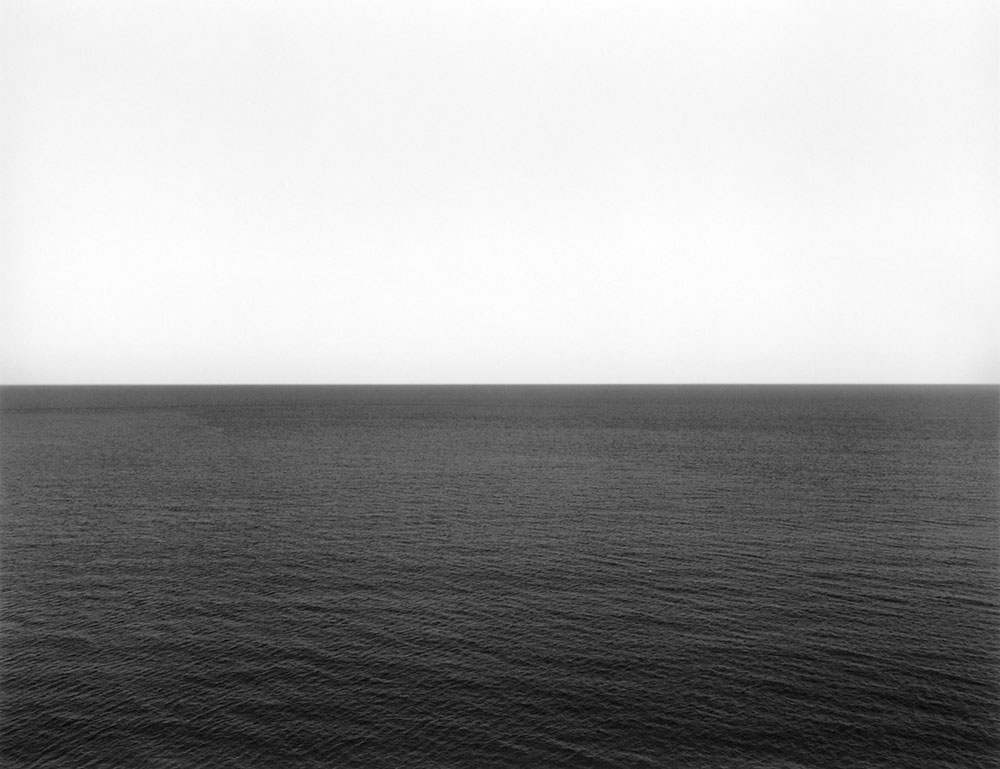 The exhibition features more than 140 photographs ranging from 1976 to the present that encompass the entirety of this artist's nearly thirty-year career. David Elliott, Director of the Mori Museum, and Kerry Brougher, Director of Art and Programs and Chief Curator at the Hirshhorn, are the co-curators of the exhibition. David Elliott comments:

Hiroshi Sugimoto is one of the most important artists working anywhere in the world today. Rather than making photographs as a record of detail or circumstance, he has used this medium to test the nature of reality itself. His extensive series of works question the parameters of history, nature, time, culture, and belief. In the process of doing this he leads us towards a more acute appreciation of both the possibilities and limits of perception and understanding.

Born in Tokyo in 1948, Sugimoto left Japan in 1970 after graduating from Rikkyo University with a degree in economics. He traveled throughout the Soviet Union and Europe and then moved to Los Angeles, where he studied photography at the Art Center College of Design. His work has been exhibited internationally in group and solo shows, and he was the recipient of the Hasselblad Foundation International Award in Photography in 2001 and the Mainichi Art Prize in 1988. He currently lives in New York and Tokyo.

Over the past twenty-five years, Sugimoto has become established as a leading photographer and conceptual artist on the international scene through series of photographs that concentrate systematically on different subjects. Until now there has been no opportunity to look at his development within a larger context, and this—his first retrospective exhibition—concentrates on the whole of his work and on his challenging and ambivalent ideas about the photograph as a means of representing the elusive yet fundamental ways in which we perceive the world.

Sugimoto's work is not easily categorized, because it extends far beyond the boundaries of photography to include objects, architecture, and exhibition design—forms of expression, like the photograph, that he uses to highlight and expand the perception of such abstract qualities as time, light, space, movement, spirit, even the nature of reality itself.

The early works in the exhibition come from a series of photographs of the interiors of darkened cinemas. The main subject of each of these works is not the architecture of the theater itself, although this is often distinguished by its stylishness, but the large, seemingly blank white screen. These are portraits of time as well as place: the exposure of the negative coincides exactly with the length of the film that was running while it was made. The film illuminates the room, yet its constant motion obscures detail, leaving only white light on the screen.

Sugimoto has said that the photograph is like a blank screen upon which the observer can project his or her impressions and desires. But it is also a more assertive expression of the artist’s own sensibility and ideas, as can clearly be seen in his series of seascapes, which he created in the same format in different parts of the world. Because the subject is the sea, there are no natural features to distinguish changes in location, only different times of day or night, the weather conditions, available light, and waves. Although they seem similar, in fact these works vary immensely. They can be considered to be portraits of different faces of infinity.

The artist confronts time in a different way in his series of photographs of museum dioramas—quaintly old-fashioned stage settings in which artists and designers dramatically presented exotic scenes. To these scenes, which today might be regarded as dubious interpretations of prehistory or nature, Sugimoto adds a further layer. His large, black-and-white images endow these period pieces with a timeless contemporary life. Cumulatively, they become melancholy reflections on the changing nature of history, human endeavor, knowledge, and understanding.

The exhibition also includes the artist's most recent works: photographs from the series Conceptual Forms—images of early twentieth-century plaster models that illustrate different mathematical equations and machines that elucidate various principals in physics. Here Sugimoto invokes the laconic yet mystical art machines of Marcel Duchamp that echo multiple relationships in the universe, life, sex, and nature.