Hubbard / Birchler: No Room to Answer 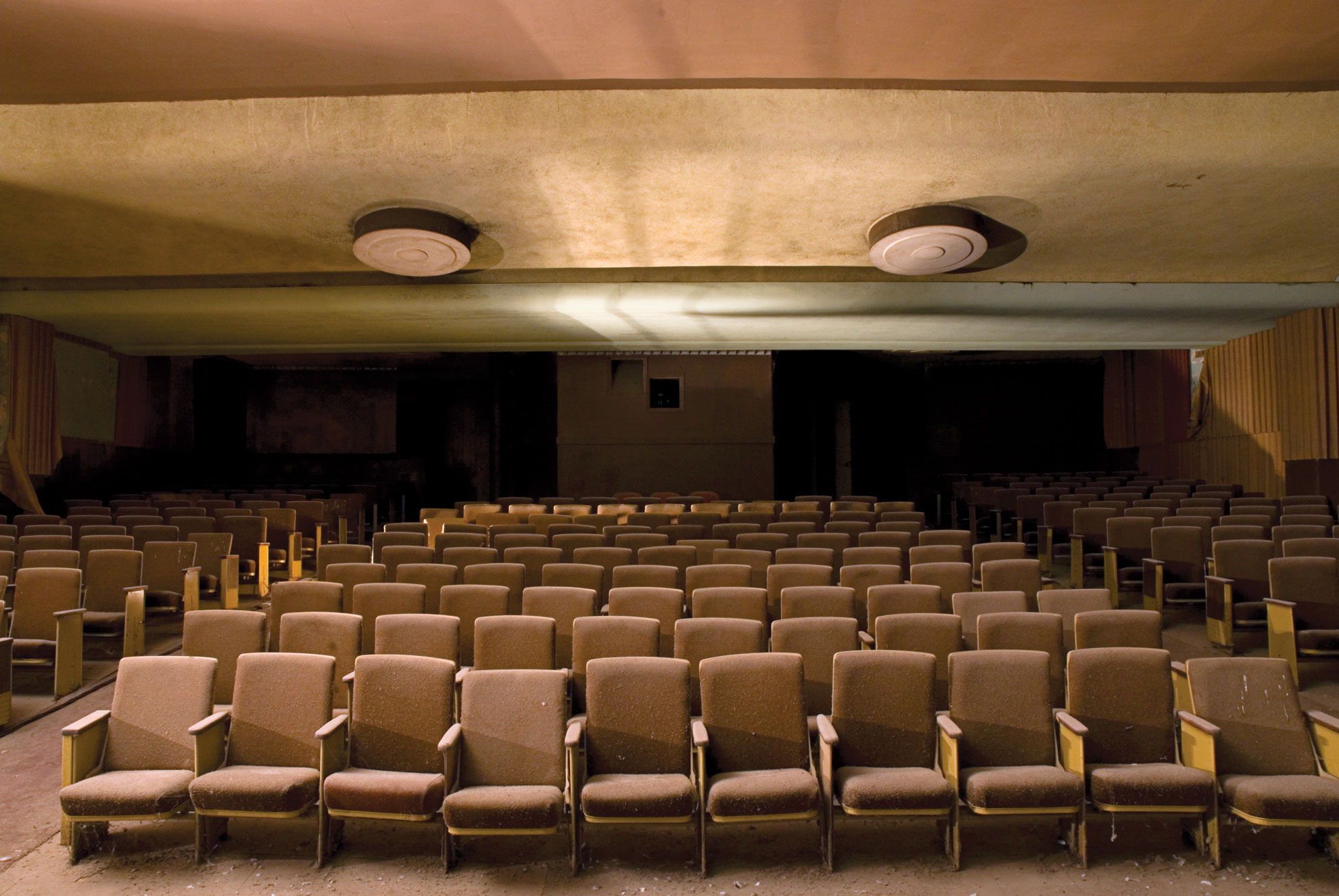 The Swiss/American artist duo Teresa Hubbard (born 1965 in Dublin, Ireland) and Alexander Birchler (born 1962 in Baden, Switzerland) live and work in Austin, Texas. In a career of more than fifteen years, they have become known for their picturesque, color-saturated photographic series and their deliberately slow-paced video installations, which feature slow pan shots, endless loops, and puzzling plot lines. Starting with their early staged photographs, No Room to Answer presents key works from 1991 to 2008. Their most recent video, Grand Paris Texas, 2008, which debuts with this exhibition, was commissioned by the Modern Art Museum and will become part of the Museum's permanent collection.

Although Hubbard and Birchler are best known for their photographic series and video installations, their projects over the years have taken shape in several different formats, including black-and-white photography, sculpture, performance-based work, and mixed-media installations. "No matter what physical form a given piece takes," the artists explain, "the constant within our work has been a strong presence of the performative, the sculptural, and the cinematic." Being a team in which each artist brings different material attractions and concepts to the table undoubtedly reinforced their use of multiple mediums in a single work, or in a series. The ultimate result is a body of imagery that encompasses numerous shifting identities.

In several of their earliest collaborations, including Contestants in a Birdhouse Competition, 1991/96, the natural history museum, with its contrived presentation of objects to portray historic events, served as an intriguing means for the artists to explore how stories are conveyed and how meaning is derived. They began to use these institutions’ visual language in their own works, which included Plexiglas vitrines, display cases, objects and images in frames, dioramas, and old photographs. "We had a fascination with the theatricality of objects," Hubbard and Birchler recall, "so we used the natural history museum to explore basic questions, such as, How are objects orchestrated? What happens when a moment is taxidermied, and what does that say about the nature of time and existence?"

The idea of what is framed in a particular shot is another essential aspect of Hubbard and Birchler’s imagery, literally and metaphorically. It follows, then, that the camera lens has become one of their most fundamental framing devices. "One of the things that instigated working across different mediums for us was that we were trying to find different ways of using a frame...looking at frames on strips of film and examining how emotionally, conceptually, structurally, and physically we could work with that arena." The frame in Hubbard and Birchler's work deeply implicates the advancement of a camera mechanism, the pathways through which elements of architecture are transgressed, the possibilities of the finite and the infinite, the formation of physical and psychic space, and the natural and artificial course of time.

The artists' videos are characterized by looped, dreamlike imagery that only hints at any particular storyline or resolution: In Eight, 2001, a young girl in a party dress watches through a window as the remnants of her birthday party are soaked by the rain. In Single Wide, 2002, a woman drives a truck into the side of a trailer. In House with Pool, 2004, a woman and a teenager seem to inhabit the same house without ever crossing paths. In Hubbard and Birchler's works there is something that is not shown or said and that never will be shown or said, but that is implied. This approach to narrative becomes a metaphor for situations of conflict and invented resolutions, not only for the characters on view in their works, but also for the viewer, who essentially comes to an understanding of the story based on his or her own experiences. "One of the most important things for us," they explain, "is that we have always left the authority of reading the work up to the viewer and there's got to be active interpretation that's not just asked for, but is somewhat demanded."

In their most recent work, the idea of the spatial is taken to an extreme, in that an actual structure becomes the protagonist in the narrative. Grand Paris Texas is named after The Grand, located in Paris, Texas. The tiny East Texas town became famous by way of the German filmmaker Wim Wenders' movie, Paris, Texas, 1984, even though none of the scenes for his film were actually shot there. Instead, his film's cold architecture and barren desert landscapes were filmed in and around Houston, the desert area of West Texas, and Los Angeles, reinforcing the film's bleak theme of social isolation in America in a way that the wooded landscape of the real Paris would not. Grand Paris Texas is a study of the physical and social space in that geographical location, which has been described as “the middle of nowhere." The idea of the now-dead theater as the house for movies such as Paris, Texas, is one metaphor for the use of the town.

Following its presentation in Fort Worth, the exhibition will travel to Germany, where it will be shown at the Württembergischer Kunstverein Stuttgart.