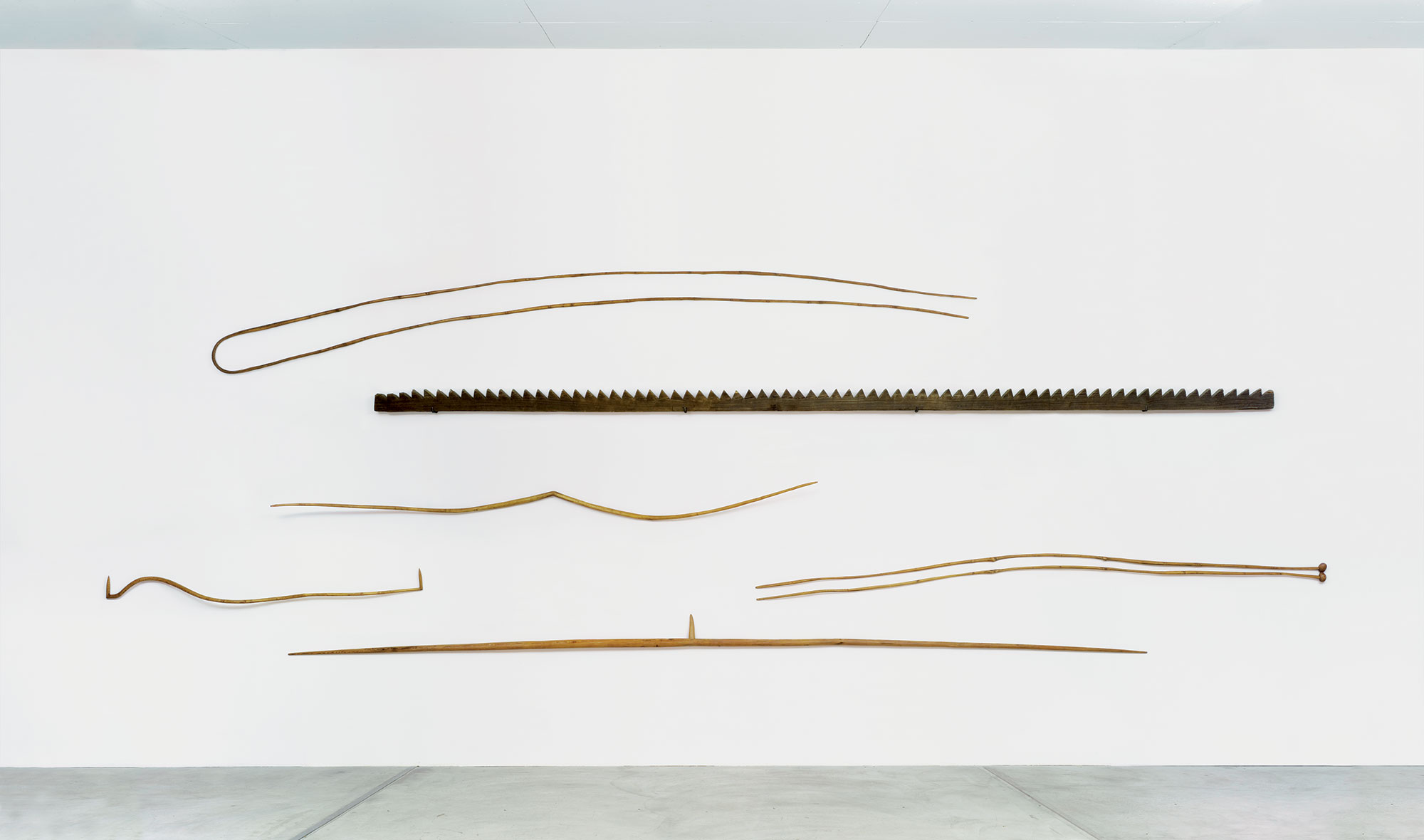 Working primarily in wood, Puryear has maintained an unwavering commitment to manual skill and traditional building methods. His forms are derived from everyday objects, both natural and man-made, including tools, vessels, and furniture. His sculptures are rich with psychological and intellectual references, examining issues of identity, culture, and history. Cultural influences on his work can be traced to his study, work, and travel in Africa, Asia, Europe, and the United States.

In an essay for the accompanying exhibition catalogue, Modern Art Museum Chief Curator Michael Auping writes, "Bringing the eye and hand of the woodworker to Minimalism's precise forms has been one of [Puryear's] most pointed contributions to sculpture...Puryear's work has a way of sneaking up on us perceptually, and it is partially through his surfaces that we are drawn in, invited to inspect his wooden objects more closely, as one would a more intimate construction, through the subtlety of inflection that he at times imparts to the surface."

Puryear's Ladder for Booker T. Washington, 1996, part of the Modern Art Museum of Fort Worth's permanent collection, is included in the exhibition. This work was inspired by homemade ladders that the artist saw in the French countryside while he was working at Alexander Calder's studio on an invitational grant. Speaking to Michael Auping about this work in 2003, Puryear commented, "It just occurred to me that this would be an interesting project to try to do, to make a very tall or long ladder. For a long time I had been interested in working with a kind of artificial perspective through sculpture, which if you think about it is not so easy to do. With a ladder, a very long ladder, I could make a form that would appear to recede into space faster visually than it in fact does physically, by manipulating the perspective and exaggerating it by narrowing the parallel side pieces toward the top of the form." Like the ladders that inspired it, Ladder for Booker T. Washington is made from a single sapling that the artist split down the middle. He added rungs to form a 36-foot-high ladder that narrows to just over one inch wide at the top. This sculpture, which will be reinstalled in the double-height concrete gallery for the exhibition, has been one of the Museum's most popular works since it was installed for the grand opening in 2002.

Other sculptures installed for the exhibition include Greed's Trophy, 1984, a 12-foot-high net form made of wire mesh; Desire, 1981, a wooden wheel measuring 16 by 32 feet attached to an eight-foot-high basket; and Some Tales, 1975–78, six wooden segments of varying lengths, some of which resemble saws, spanning thirty horizontal feet of wall space.

The sculptures examine the chronological evolution of Puryear's work and show how the artist refers to earlier ideas, reinterpreting familiar themes in his works. Among these works are Puryear's Ring series of the late 1970s, his Stereotypes and Decoys sculptures of the 1980s, the vessel-like forms of the 1990s, and the more allegorical work of recent years.

As a child and adolescent, Martin Puryear constructed and crafted objects such as bows and arrows, furniture, and guitars. After graduating from Catholic University of America in Washington, he served in the Peace Corps in Sierra Leone, where he was a teacher. There he observed and learned the craft of local carpenters. Puryear spent two years at the Swedish Royal Academy of Art in Stockholm, where he began working on independent sculpture projects investigating popular craft traditions and modern Scandinavian design. Returning to the United States, Puryear received an MFA in 1971 from Yale University. After leaving Yale, the artist joined the faculty of Fisk University in Nashville. He taught at the University of Maryland in College Park from 1974 to 1978 and later in Chicago at the University of Illinois. In 1982, with the aid of a John Simon Guggenheim Memorial Foundation fellowship, he traveled to Japan to study architecture and garden design. Puryear stopped teaching in the late 1980s to devote his time to his art. In 1990, he moved permanently to upstate New York.