México Inside Out: Themes in Art Since 1990 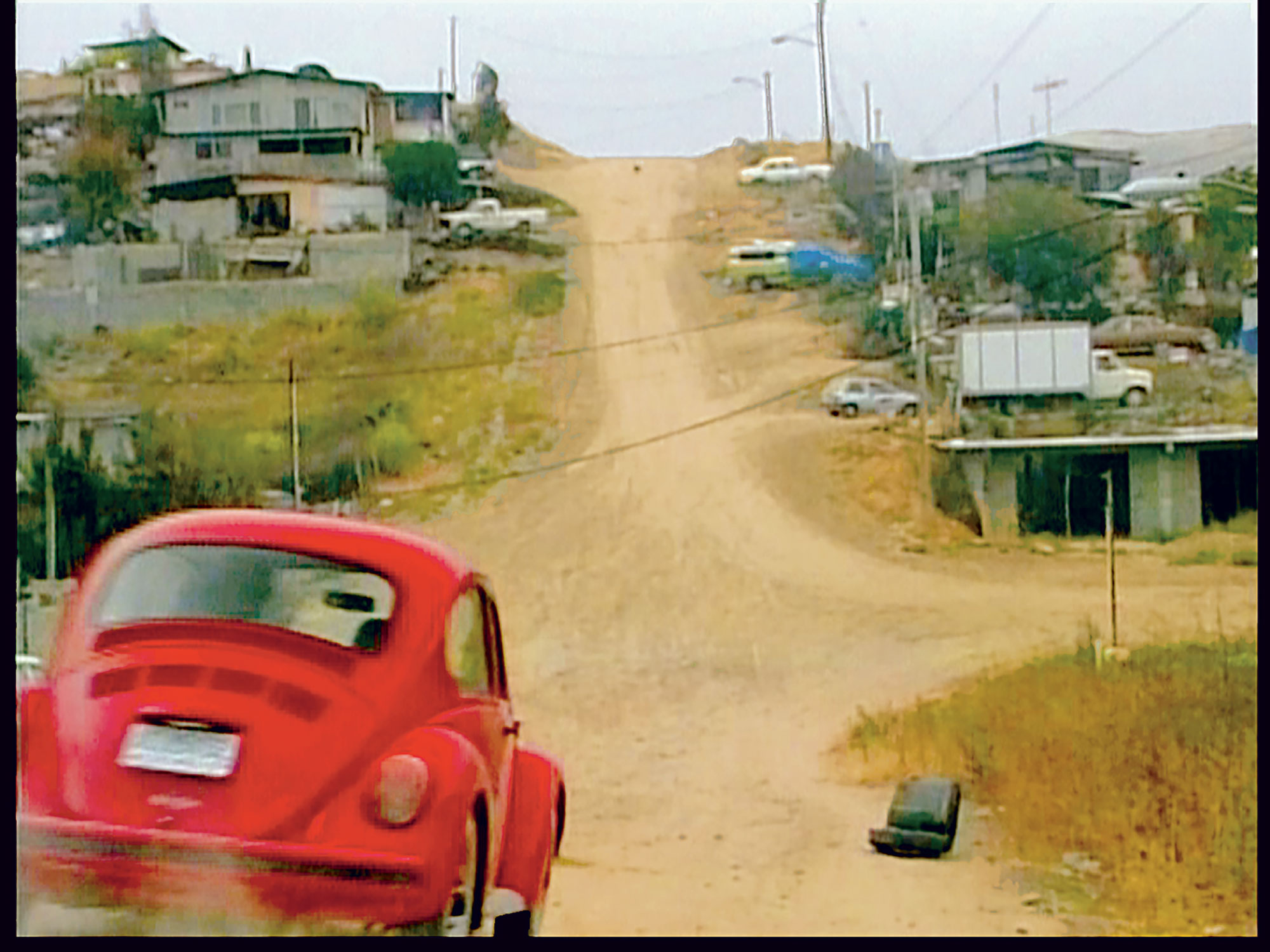 This thematic exhibition features approximately sixty works by twenty-three artists who explore aspects of the country’s complex sociopolitical climate. The artists in Inside Out tackle issues regarding borders, violence, corruption, economic and civic institutions, and revolution. While they investigate these regional and national issues, they are also firmly engaged with similar concerns and impulses that are universal. As indicated in the title, “Inside” refers to local and “Out” to global.

The exhibition starts chronologically with several influential artists who began to change the face of contemporary art in Mexico in the late 1980s. Some of these artists are Mexican by birth, like Gabriel Orozco, and others migrated to the country, like Francis Alÿs (Belgian-born) and Melanie Smith (British-born). Although Orozco, Alÿs, Smith, and the others never identified themselves as an official group or were affiliated with a specific movement, they connected regularly with each other in these early days, engaging in critical dialogue and occasionally exhibiting together. As the decade closed, their creative output began to be recognized in relationship to other important international artists, and this coincided with the moment when the globalization of contemporary art was taking place. Throughout the 1990s this unofficial group continued to flourish, establishing a new avant-garde in Mexico that can be aligned with such other leading world art centers as New York, Los Angeles, London, Berlin, Hong Kong, Shanghai, and São Paulo.

A range of forces sparked the revival of Mexican art at this time, chief among them: the rapid devaluation of the peso; persistent and increasing political corruption, rampant violence in the country’s capital, a growing gulf between wealth and poverty, and the reality of the megalopolis that Mexico City had become—fueling equal parts urban density, pollution, industry, and enterprise.

The catastrophic earthquake of 1985 also had a major impact on Mexico and the art being produced there. It marked a new moment by way of natural forces that bonded a generation of contemporary artists, including those who stayed after the earthquake and those who moved to the city while it healed and recovered. This “post-earthquake” generation took shape with its own set of formal and conceptual concerns. They looked not to their Mexican artistic predecessors, the Social Realists from the early- to-mid-twentieth century, for inspiration, or to the market-oriented painters experiencing success in New York in the 1980s; they turned instead to European conceptualism. From that point forward, art with a social consciousness, aesthetically connected to post-minimalism, would set the tone in Mexico.

Works by several of the historical anchors within the post-earthquake generation create the foundation for Inside Out. The installation then moves forward through the 2000s, to now. This two-and-a half decade date range establishes a lineage between the artists who revitalized Mexico’s mark on the contemporary art world, the ones who immediately followed, and the most recent generation. The exhibition suggests common threads that are multigenerational; for example, many of the artists examine the connection between geographic locales, politics, and community. Some approach these topics solemnly, others are rebellious and subversive, others use humor.

While the exhibition’s title, Inside Out, primarily asserts that what is local is also global, there are a few important subtexts. The title recognizes those artists who live in Mexico, but who are originally from other countries and, therefore, act as agents of a new set of influences; these artists began as outsiders, but are now firmly engaged with Mexico. It acknowledges the strong tendency of artists in Mexico to seek alternative exhibition spaces outside traditional channels, and it refers to artists who explore frontier issues versus interior issues. Inside Out also calls attention to those whose works speak in overt ways to the current plights of Mexico and those whose works are more oblique—two identifiable trends in Mexican art today.

Major support for the exhibition México Inside Out: Themes in Art Since 1990 provided by The Andy Warhol Foundation for the Visual Arts. Catalogue support provided by Furthermore: a program of the J. M. Kaplan Fund. Additional support provided by the Arts Council of Fort Worth & Tarrant County, and Aeromexico.