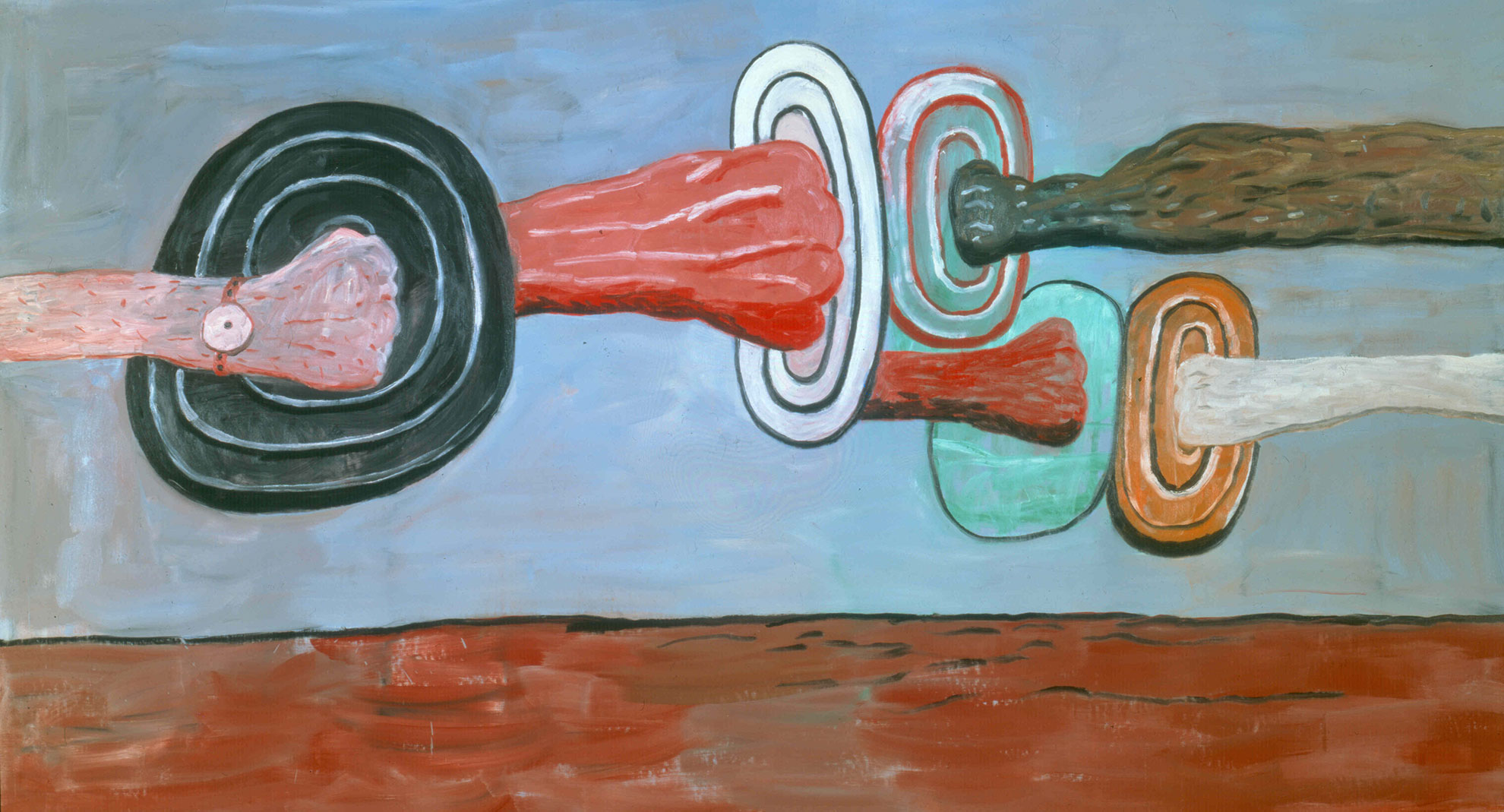 Philip Guston Retrospective offers the most comprehensive survey of the artist's work to date. Almost a quarter century since the artist's last in-depth retrospective at the San Francisco Museum of Modern Art in 1979, this exhibition includes rarely seen works from the Guston estate. Also include in this comprehensive survey is a revealing survey of drawings that act as both prelude to and restatement of each stage of the artist's career. Although his career spanned fifty years that ended with his death in 1980, Guston is very much an artist of our time, Michael Auping, curator of this show and Chief Curator of the Modern, said.

"While he played a role in numerous developments in American art, his work seems particularly relevant now. Guston's ability to move successfully between figuration and abstraction and back again seems especially pertinent today, when artists shift regularly between these once-contradictory poles," Auping said. "Guston also affirms the vitality of painting and its past history in an age glutted with mass media images."

The presentation begins with Guston's figurative works from the 1930s and 1940s. The works shown reflect the artist's early and wide-ranging pictorial influences, among them Giorgio de Chirico and Pablo Picasso. These artists' role in Guston's development is evident in the two earliest works in the exhibition, Mother and Child (1930), and Drawing for Conspirators (1930), in which swollen Picassoid figures are located in eerie, vacant cityscapes. Max Beckmann is another of Guston's influences. The lineage from the German Expressionist to Guston is clear in works such as Martial Memory (1941), If this Be Not I (1945), and Porch No. 2 (1947), in which children are brought together in strange battle scenes in a compressed and layered space. 000These early figurative works are followed by a pivotal group of transitional paintings that show the artist's entry into abstraction and his involvement with Abstract Expressionism, including The Tormentors (1947–48), Review (1949–1950), Red Painting (1950), and White Painting I (1951). Beginning with The Tormentors of 1947–48, Guston gradually unravels the figurative scaffolding that he used throughout the 1940s into subtle painterly abstractions. A major group of Guston's lush abstractions from the 1950s and 1960s anchor the center of the exhibition with works such as To B.W.T. (1952), Painting (1954), Zone (1953–54), Beggar's Joys (1954–55) and For M (1955), in which rich, delicately applied brushstrokes come together to suggest floating, abstract forms.

In the late 1960s, Guston's abstractions gradually evolved into stark, semi-figurative forms, beginning with heads and later simple, utilitarian objects, such as books, light bulbs, and shoes. The late figurative evolution was eventually debuted in the artist's controversial and highly acclaimed 1970 exhibition at Marlborough Gallery in New York City. That exhibition, which included his symbolic, hooded figures, had a powerful impact on at least three generations of artists who have re-engaged figuration after decades in which abstraction dominated American painting.

The exhibition tracks the artist's evolution back into figuration and the various themes and symbols that comprise his controversial late works, including Blackboard (1969), Edge of Town (1969), The Studio (1969), and Flatlands (1970), which were included in the groundbreaking Marlborough Gallery show, and By the Window (1969), in which Guston creates poignant autobiographical statements.

The exhibition also includes drawings that act as both prelude to and restatement of each stage of the artist’s career. "Guston began drawing at the age of twelve and relied on that medium consistently throughout his career as a means of working out ideas and structuring his compositions," said Auping. "During each decade of his life, drawing invariably announced changes in his imagery." 000The finale of the exhibition includes the grand still lifes and landscapes that occupied the artist through the rest of the decade. This section of the exhibition includes such major canvases as Ancient Wall, 1976 (Hirshhorn Museum and Sculpture Garden); Pit, 1976 (National Gallery of Australia); Couple in Bed, 1977 (Art Institute of Chicago); and The Street, 1977 (Metropolitan Museum of Art, New York). The exhibition ends with a rarely seen group of small paintings completed in the years preceding the artist's death.