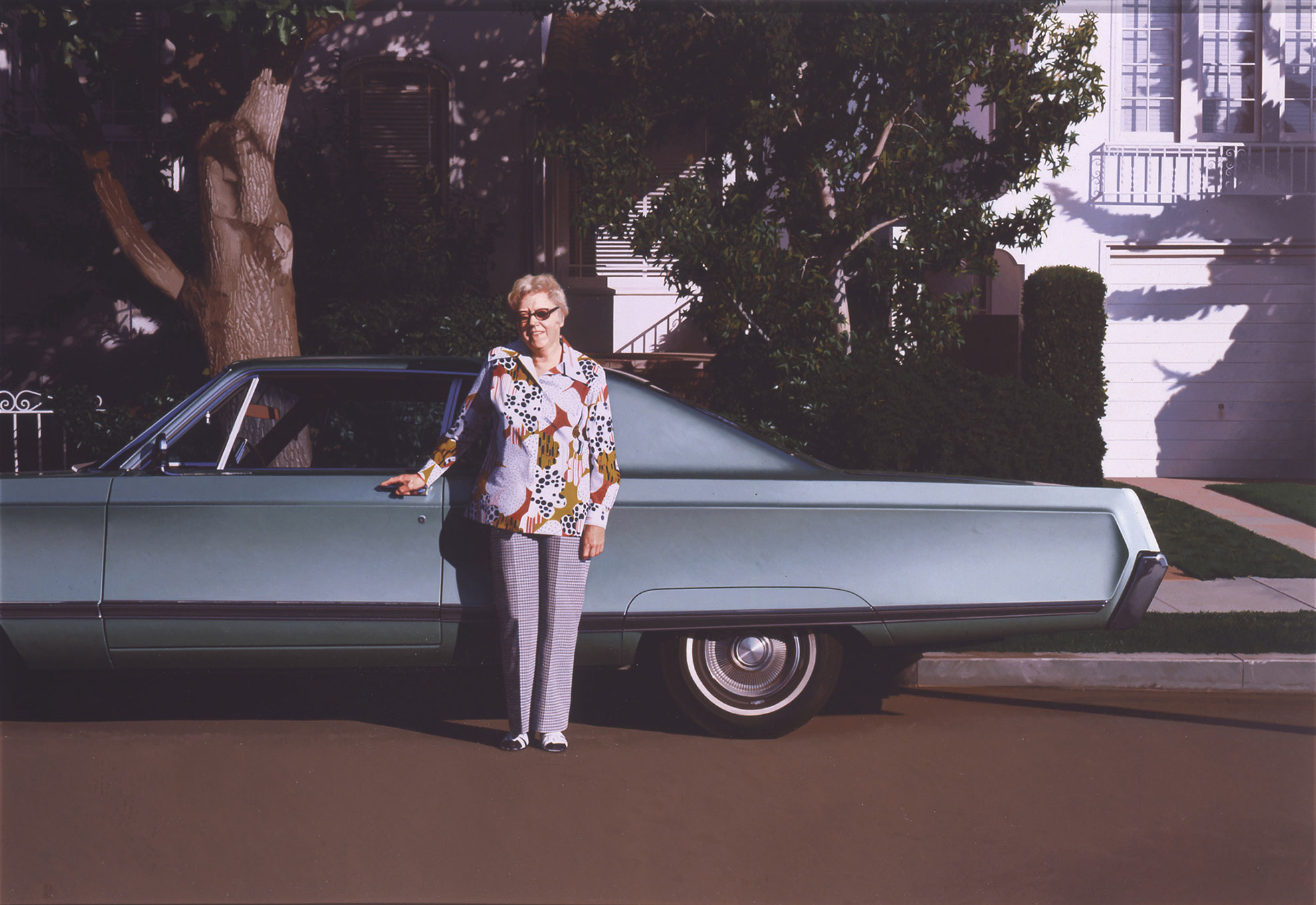 Robert Bechtle: A Retrospective is the first full-scale survey of the work of this important San Francisco–based artist. Organized by the San Francisco Museum of Modern Art and SFMOMA Curator of Painting and Sculpture Janet Bishop in close collaboration with the artist, the exhibition is the most comprehensive presentation of Bechtle's work to date. Since his work emerged in the context of New or Photo-realism in the late 1960s, Bechtle's genre scenes, streetscapes, and images of cars have become icons of middle-class American culture. The exhibition features paintings, watercolors, and drawings that trace the artist's oeuvre from his first photo-based paintings of the 1960s to his works of the present day.

"This exhibition promises a critically important and highly deserved assessment of one of the great American realists," states exhibition curator Janet Bishop. "Bechtle paints life as it is, focusing on the quotidian through quiet, highly exacting works that have the capacity to shift our perceptions of the most familiar aspects of our daily lives." The Modern's chief curator, Michael Auping, adds, "Bechtle's subjects are so American they are eerie. Without being sentimental or overtly critical, they ask us to take a deep look at who we are and how we live. Those who grew up in small neighborhoods or suburbs—which is most of us—cannot help but stare at these images as if we had painted them from memory. The difference is that no one paints with Bechtle's eye for light and detail. He is often thought of as the quiet realist. He is also one of the most rigorous."

Bechtle was born in 1932 in San Francisco and raised across the Bay in Alameda. He studied graphic design and painting at the California College of Arts and Crafts in Oakland, earning his BFA in 1954 and his MFA in 1958. He began painting seriously in early 1960s, finding his own voice through a tightly controlled realism that was distinct from the expressionistic paint-handling that was characteristic of Bay Area Figurative art—the dominant mode of expression at the time among his local peers and predecessors. Bechtle's interest in painting elements from his immediate surroundings as they actually looked, rather than an interpretation of how they looked, led to his use of black-and-white photographs as studio aids in 1964. The following year, the artist began taking slides for color reference, which he soon began projecting directly onto canvas, a practice that he continues to use. After outlining the contours of the forms in pencil, Bechtle builds up the work with paint to establish the presence of form, light, and color. The photograph provides the artist with the beginning structure for the painting, which allows him to make artistic changes in the content and composition of the work as he paints.

Bechtle's paintings emphasize Northern California residential neighborhoods—replete with stucco houses, repetitive rows of palm trees, and the ubiquitous parked car. His preference for wide, empty spaces; his flat, sun-bleached palette; and his detached mode of recording detail impart a certain sense of alienation to his frequently banal subjects. The comprehensive exhibition includes works such as '61 Pontiac, 1968–69, arguably Bechtle's most famous painting, which features Bechtle, his first wife, and their two children standing in front of the family car. The exhibition also includes the painting Alameda Gran Torino, 1974, a deadpan image of the family wood-paneled station wagon that is one of Bechtle's finest works.

Other early works include '56 Chrysler, 1965, set in front of the artist's mother's Alameda home; and '46 Chevy, 1965, featuring Bechtle's brother sitting in the artist's own convertible, which is the first piece to make use of a snapshot-like aesthetic—a major direction of his work for the duration of the 1960s and 1970s. Major family genre scenes include Roses, 1973, featuring a trio of women on a suburban sidewalk, and Agua Caliente Nova, 1975, an honest view of the family experience of the Western landscape. The exhibition also includes Frisco Nova, 1979, an important hinge painting between the artist's snapshot-inspired paintings of cars and people to his more recent emphasis on landscape.

The exhibition continues with San Francisco residential landscapes including Sunset Intersection—40th and Vicente, 1989; the companion paintings Mariposa I and Mariposa II, 1999 and 2000, which make use of the artist's hilly Potrero Hill neighborhood; Near Ocean Avenue, 2002, with its dramatic use of Renaissance perspective; and Jetta, 2003. Bechtle's recent work is also represented by major interiors—both self-portraits and double portraits of himself with his wife, art historian Whitney Chadwick, in such pieces as Broome Street Zenith, 1987, and Potrero Table, 1994.