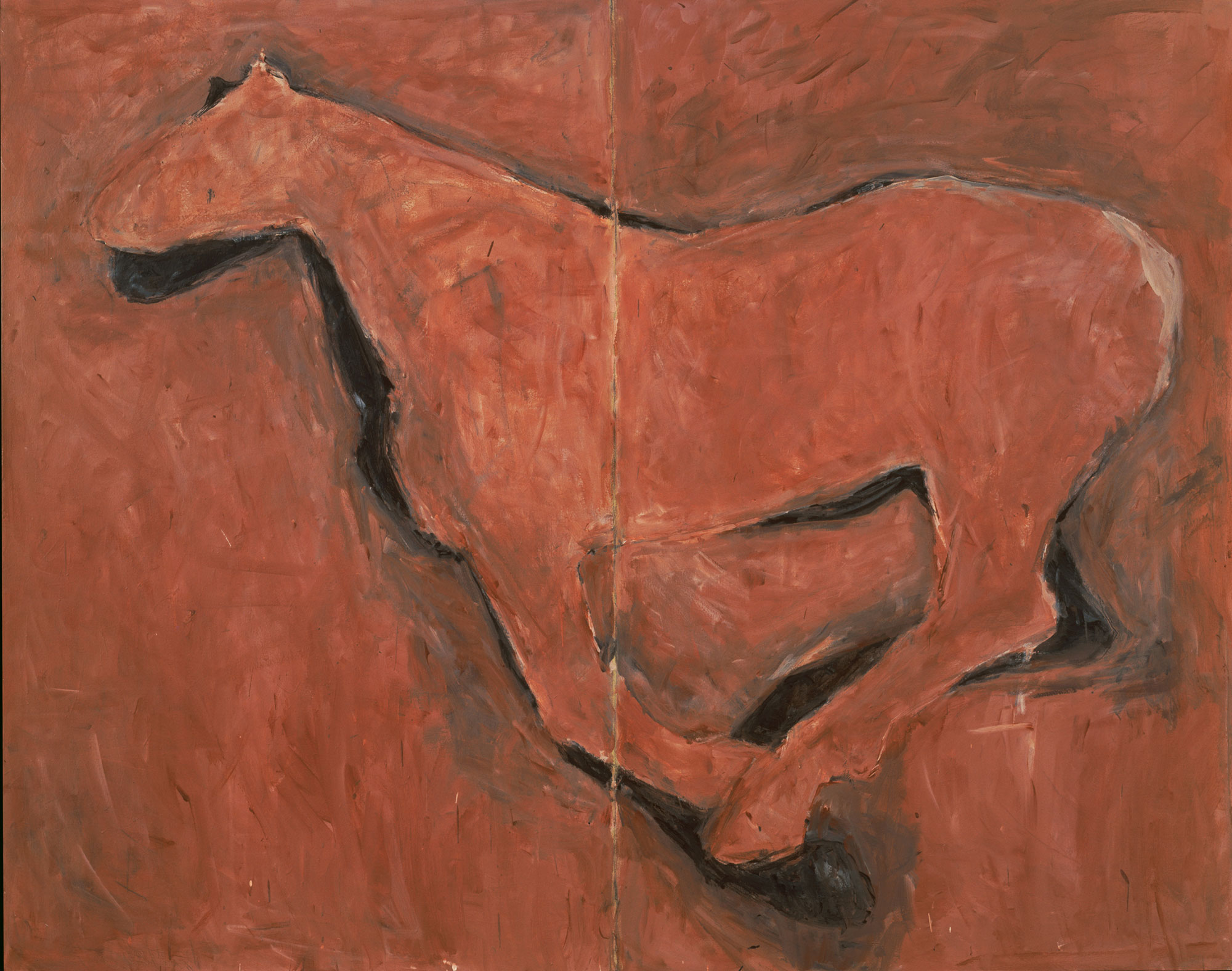 Susan Rothenberg and Michael Auping, the Chief Curator at the Modern, have identified a select group of paintings—from the early horse paintings of the mid-1970s, to her most recent body of work, which explores a number of central motifs that have occurred throughout her 35-year career. Auping comments, "Rather than focusing on Rothenberg's famous early horse paintings as the beginning of a symbolic, figurative evolution, we are looking at the artist’s work from a more holistic, formal standpoint, identifying her unusual way of organizing pictorial space, regardless of the figurative content." Each painting in the exhibition will highlight key compositional strategies in a formal narrative where perceived movement, fragmentation, and painterly gesture establish a dynamic interaction with the edges and frames of her canvases.

Even as Rothenberg's images have changed radically over the course of her career, certain tendencies critical to the compositional dynamics of her paintings have remained constant, reflecting how the artist sees and reconstructs the world through a series of shifting pictorial structures that create a spinning or torquing spatial scenario. The exhibition will explore the evolution of this "frozen motion," as the artist has referred to it, from the early horse paintings such as Cabin Fever (1976), which depicts the simple outline of a horse jumping into action; to her spinning and turning figures of the 1980s and early 1990s, such as Folded Buddha (1987–88) and Pin Wheel (1988); to the action scenes that emerged shortly after she moved to a ranch in Galisteo, New Mexico, such as Dogs Killing Rabbit (1991–92) and Accident #2 (1993–94); to her most recent series of disembodied hands and arms swinging around the space of the paintings like dismembered puppets. "The newest paintings," Auping comments, "continue Rothenberg's necessity to fragment the figure and move it around the canvas as though it were being controlled by an invisible force. This may be the perfect time to look back at Rothenberg's career and see something more fundamentally strange than images of horses, which certainly seemed strange at the time of their making."

Rothenberg's first solo exhibition in New York in 1975, consisting of three large-scale paintings of horses, was heralded for introducing imagery into minimalist abstraction and bringing a new sensitivity to figuration. Peter Schjeldahl, of The New Yorker, called the show "a eureka," stating that "the large format of the pictures was a gesture of ambition," and that "the mere reference to something really existing was astonishing." Since then, Rothenberg's work has been collected extensively and is represented in major museums throughout the United States and abroad. Susan Rothenberg: Moving in Place is the artist's first solo museum exhibition in more than a decade. It opens at the Modern Art Museum of Fort Worth (October 18, 2009 to January 3, 2010), and will travel to the Georgia O'Keeffe Museum (January 22 to May 16, 2010); and the Miami Art Museum (October 15, 2010 to January 9, 2011).