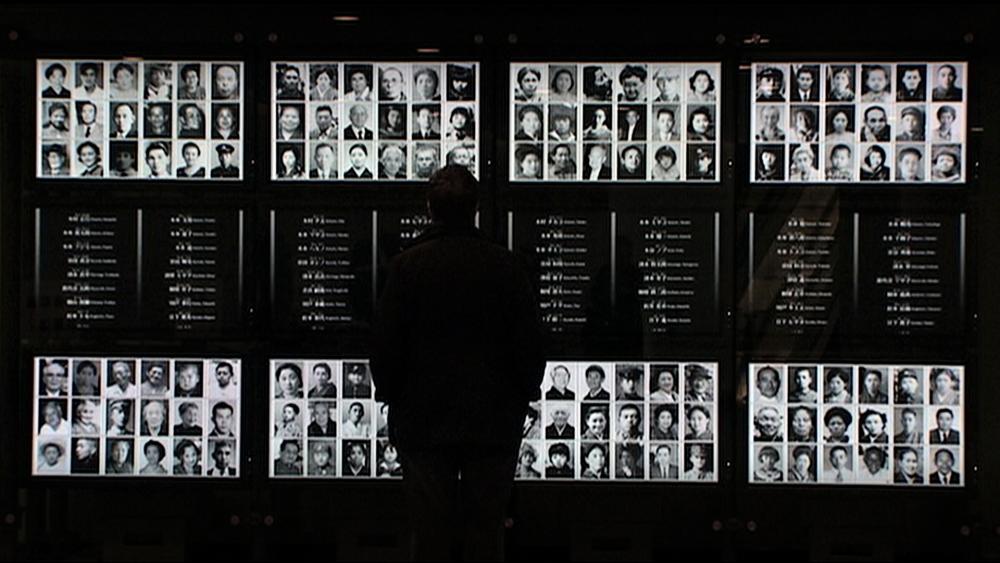 Atomic Mom is a feature-length documentary film about two women, both mothers, who have very different experiences of the atom bomb. One is the filmmaker’s mother, Pauline Silvia, who was a biologist in the Navy in the early 1950's and was sent to the Nevada Test Site where she participated in five detonations. At 23 years old, she was one of the few women scientists on an elite team of researchers. After decades of silence, Pauline is in a crisis of conscience about the work she did, work that involved animal testing. In our present moment of Wikileaks, Pauline is a similar whistle-blower having been cowed by the silencing machine of the US military. She reveals some of the grim and dark secrets of the U.S. atomic testing program.

In an attempt to reconcile with her own mother’s past, her daughter, filmmaker M.T. Silvia, meets Emiko Okada, a Hiroshima survivor trying to resolve her own history in Japan. She was eight years old when the bomb was dropped and her twelve-year-old sister was never found. After many years of silence, Ms. Okada gives testimony of her atomic bomb experience and her commitment to education and disarmament. The film follows these survivors, each on a different end of atomic warfare, as they “meet” through the filmmaking process, and as they, with startling honestly, attempt to understand the other.

Atomic Mom weaves an intimate portrait of a complex mother-daughter relationship within an obscure – but important – moment in American history. It also provides a global perspective on our collective Atomic legacy. Through revealing interviews with Japanese survivors, doctors, and historians, Atomic Mom reveals the truth regarding the post-war press code in Japan and the censorship of images and information related to the bombing of Hiroshima and Nagasaki. The film also questions what is lost when the drive for scientific innovation runs over basic moral and ethical principles. In Japan, Ms. Okada and her daughter reveal their personal story with an allegiance to peace and reconciliation, fostering an interesting parallel between the filmmaker and her mother.

Atomic Mom invites viewers to confront American Nuclear History in a way that it has never happened before. This story, of an American Scientist and a Hiroshima Survivor finding peace decades after the bombing, empowers individuals and communities to work toward global unity. It inspires dialogue about human rights, personal responsibility, and the possibility – and hope – of peace.

Movies That Matter is a FREE film series that highlights important human and civil rights issues. Each event features a film screening, followed by a moderated discussion with special guests. The films will be screened in the auditorium and are followed by a moderated discussion with subject matter experts. A seat may be reserved through Eventbrite.com and entering Fort Worth Movies That Matter in the search field.