Best of the New York Children's Film Festival: Kid Flix 2, first half (ages 8 and up) 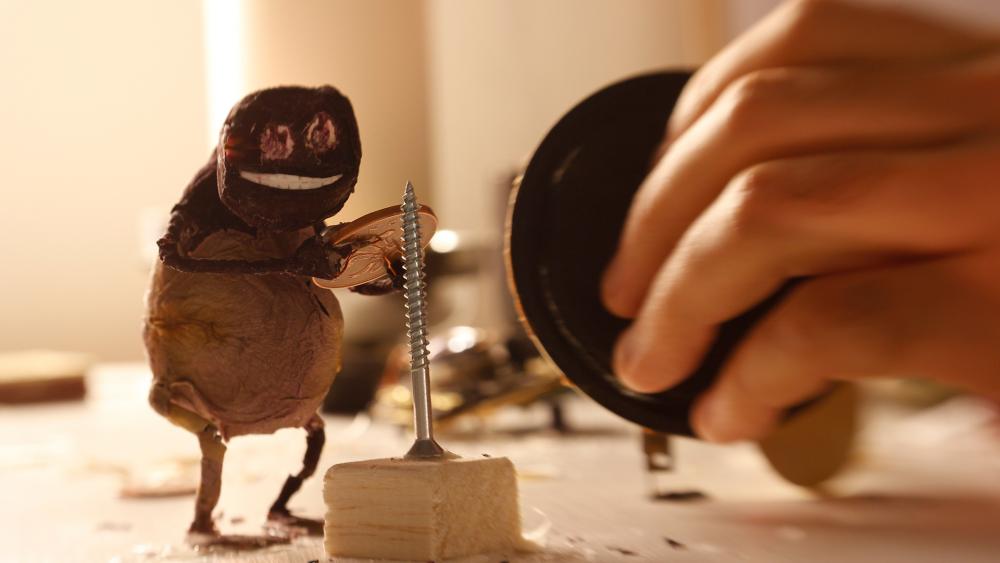 Films are shown in the auditorium at the Modern Art Museum of Fort Worth. Admission is free and open to the public. Seating is limited to the first 250 guests. The age ranges listed are recommendations. Gallery admission is free for film attendees and adult chaperone on the day of the film.

Take a break from the Texas heat for Modern Kids - Summer Flicks! Share the art of the screen with your children as they watch stories unfold and ideas form in delightful and innovative films. The bonus for seeing these films at the Modern is the opportunity to visit the galleries before or after and experience the wonder of the paintings, sculptures, installations, and videos throughout the museum.

Enjoy a selective slate of the best animated shorts from the 2016 New York International Children's Film Festival as well as the critically acclaimed feature films Nocturna and Mia and the Migoo.

ONE HELL OF A PLAN
France - dir. Jean-Loup Felicioli and Alain Gagnol
Animation, French with English subtitles, 2016, 6 min.
Mo and Carl are two hapless burglars with one great plan. It involves a special potion, countless cats, a little old lady, and plenty of opportunities for disaster.

BY THE NAME OF BOSTON
USA - dir. Grant Kolton
Animation, English, 2015, 2.5 min.
William Boston lives in the desert and doesn't care for many things, though he does have one friend, a scorpion named Chester.

TWO LEFT FEET
Italy - dir. Isabella Salvetti
Live action, Italian with English subtitles, 2015, 6 min.
Mirko loves soccer, but when it comes to the cute girl he spots nearby, does he have game?

MY GRANDFATHER WAS A CHERRY TREE
Russia - dir. Olga and Tatiana Poliektova
Animation, English, 2015, 12.5 min.
A young boy realizes that his beloved cherry tree has provided his family with more than just fruit.

TWO FRIENDS
Russia/France - dir. Natalia Chernysheva
Animation, no dialogue, 2014, 4 min.
Even best friends can have trouble understanding each other when they are from two different worlds.

THE MAN, THE BOY, AND THE DONKEY
Japan - dir. Atsushi Wada
Animation, Japanese with English subtitles, 2014, 3 min.
Once upon a time, there was a family selling donkeys. One day, the son said, "It is a waste of time if we don't ride the donkeys."

AIR-MAIL
Switzerland/France - dir. Isabelle Favez
Animation, no dialogue, 2015, 6 min.
A young woman lives alone with her cunning cat, secretly in love with the boxer next door. Thanks to her cat's adventures, she gets closer to contact with her crush.

ACCIDENTS, BLUNDERS, AND CALAMITIES
New Zealand - dir. James Cunningham
Live action/animation, English, 2015, 5 min.
A father possum reads his kids the spooky story of the most dangerous animal of all: HUMANS!

SLAVES OF THE RAVE
UK - dir. William Garratt
Animation, no dialogue, 2014, 2.5 min.
Whether it's a rock concert, an opera, a jazz performance, or an electronic show, we're all just slaves to the rave!

LILOU
Lebanon/France - dir. Rawan Rahim
Animation, no dialogue, 2015, 8 min.
Lilou, shy and curious, has rare insight into other people's pasts. When she crosses paths with a strange man, she experiences an unexpected resolution.