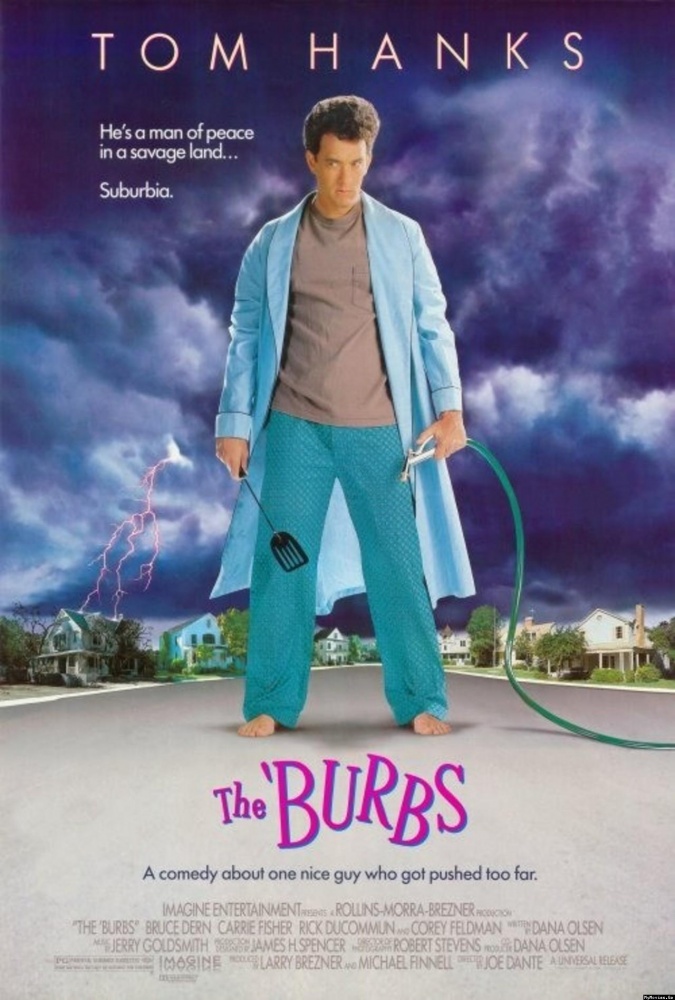 The ’Burbs (Joe Dante, 1989) Starring Tom Hanks as everyman Ray Peterson, The ’Burbs tells the story of a neighborhood whose fences are just not tall enough. After a suspiciously creepy family moves in down the block, the neighbors can’t help but speculate wildly about the newcomers’ intent, which escalates into total suburbanite anarchy. Produced by another of Corman’s proteges, Ron Howard, and costarring Bruce Dern, Carrie Fisher, and a young Corey Feldman, The ’Burbs is a gothic comedy about the all-American suburban way of life.

Kick back with cocktails and dinner in Café Modern, then enjoy a late-night cult classic.

ArthouseFW—Late Night celebrates the work of Joe Dante, one of Roger Corman’s most memorable collaborators and one who held tightly to Corman’s out-of-this-world sensibilities. Dante’s films bring fantasy and reality together in stories that are both human and monstrous, funny and terrifying, light and dark. Join the Lone Star Film Society and the Modern Art Museum of Fort Worth for a late-night series that is sure to keep you awake.