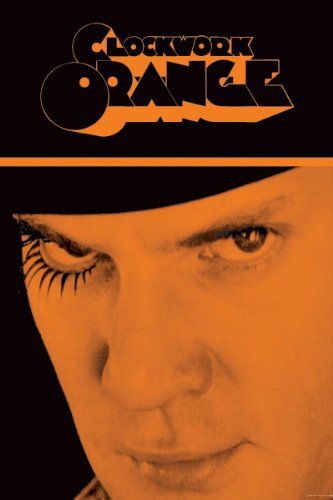 Enjoy happy hour at Café Modern before the film!

A Clockwork Orange is a 1971 dystopian crime film adapted, produced, and directed by Stanley Kubrick, based on Anthony Burgess’s 1962 novel by the same name. Malcolm McDowell stars as Alex, a charismatic, antisocial delinquent. The film chronicles the horrific crime spree of Alex’s gang, then his capture and attempted rehabilitation via an experimental psychological conditioning technique by the Minister of the Interior. In his catalogue essay for Big Camera/Little Camera, Omar Kholeif points out that Simmons, “keen to pry apart the binary construction of male/female desire and the ways in which it is portrayed on screen,” assigns the role of Alex to Ellie in My Art. As she dons the character’s black hat and frayed eyelashes, she leaves the viewer to ponder, “Is she a man, or is she a woman playing a man, who may be, in part, playing a woman?”