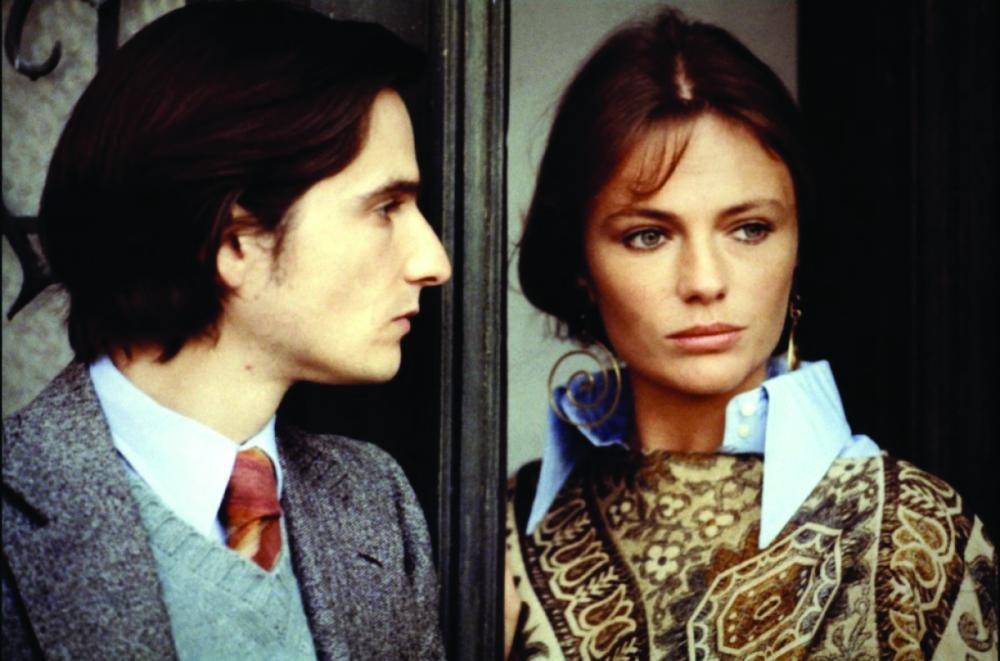 Movie-making is a strange business, says Severine (Valentina Cortese), an actress who steadies her nerves by sipping champagne on the set of Meet Pamela, a rather tacky melodrama being made within François Truffaut’s exhilarating new comedy about movie-making, Day for Night. “As soon as we grasp things,” says Severine, “they’re gone.” In one way and another, almost all of Truffaut’s films have been aware of this impermanence, which, instead of making life and love seem cheap, renders them especially precious.
Vincent Canby, New York Times, September 29, 1973

This 1973 French film, which makes reference to filmmaking itself, was recommended by the British artist Richard Wentworth, who opened this past Tuesday Evenings season by discussing his recent book Making Do and Getting By and the ingenious photographic series it so beautifully presents. Wentworth’s art honors and finds humor in life – its materials, situations, and solutions – while it has been said that Day for Night, directed by and starring François Truffaut, pivots on whether or not films are more important than life for those who make them.

Day for Night, which won the 1974 BAFTA Award for Best Film and the Academy Award for Best Foreign Language Film, implicates filmmaking and its history in numerous ways. It is set and shot at Victorine Studios in Nice, France, where movies have been produced since the silent era, and the film is dedicated to silent film stars Lillian and Dorothy Gish. Truffaut himself takes on the role of Ferrand, the director of an idle melodrama titled Meet Pamela, an affectionate farce and rich opportunity to play out stereotypes and realities of moviemaking, with his character stating, “Shooting a movie is like a stagecoach trip. At first you hope for a nice ride. Then you just hope to reach your destination.” The title Day for Night refers to the method of using filters to shoot a nighttime scene in daylight, suggesting the artifice of what is meant to be believable.
(115 min. French with English subtitles)