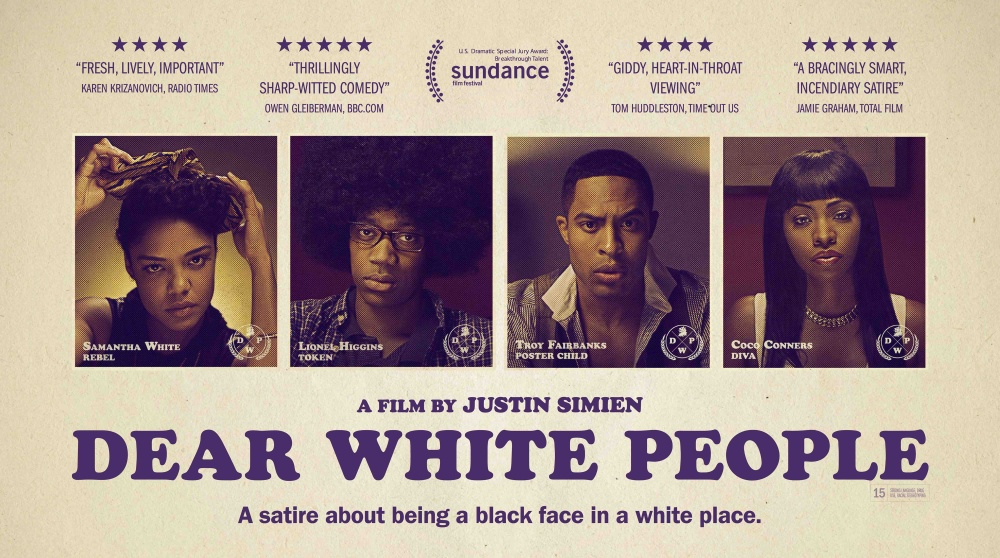 “It’s true that satire is the perfect weapon of reason, and Justin Simien deploys it with resourcefulness, cool assurance and eagle-eyed aim.” Ann Hornaday The Washington Post

Winner of the 2014 Sundance Film Festival's Special Jury Award for Breakthrough Talent, DEAR WHITE PEOPLE is a sly, provocative satire of race relations in the age of Obama. Writer/director Justin Simien follows a group of African American students as they navigate campus life and racial politics at a predominantly white college in a sharp and funny feature film debut that earned him a spot on Variety's annual "10 Directors to Watch."

Introduction by Cary Darling, the entertainment, arts, and pop culture writer at the Star-Telegram and DFW.com for more than a decade. Previously, he was an arts editor at the Miami Herald and the Orange County Register in Southern California. He began his career covering pop music for such publications as Billboard, the Los Angeles Times, and Bay Area Music magazine.