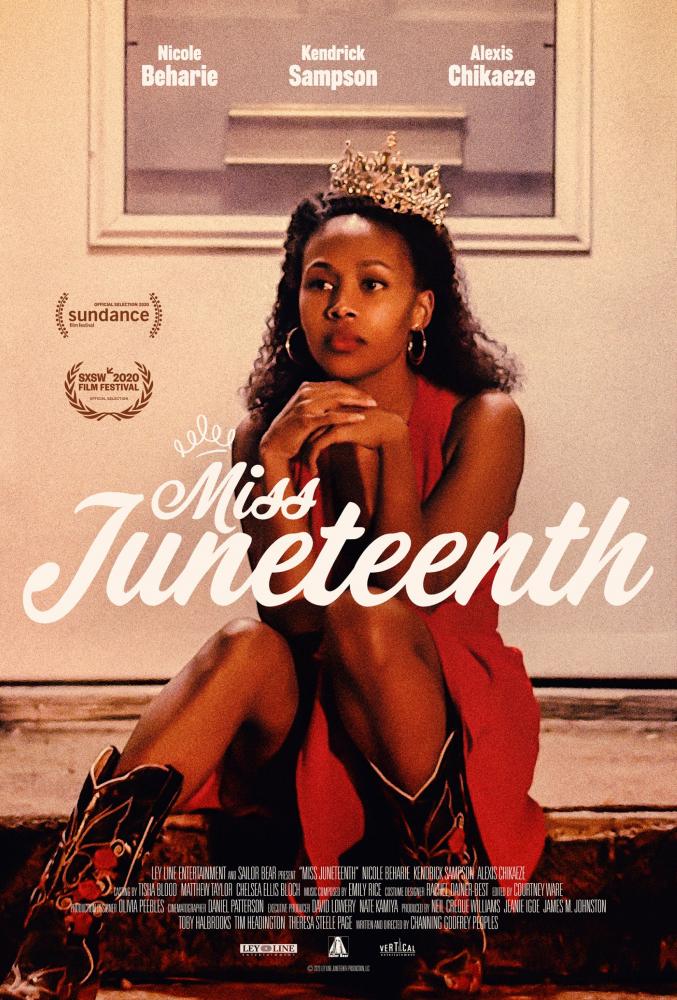 The Fort Worth Film Commission and the Modern Art Museum of Fort Worth are pleased to present special screenings of Channing Godfrey Peoples’s DORETHA’S BLUES and MISS JUNETEENTH.

In this short film, Doretha goes out for an evening drink at her local watering hole when a news story dredges up old memories. DORETHA’S BLUES premiered at the 2021 SXSW Film Festival.

Premiering at Sundance in January 2020, Channing Godfrey Peoples's MISS JUNETEENTH received accolades from SXSW and BlackStar Film Festival, and it was named Best Directorial Debut and Top 10 Independent Film of 2020 by the National Board of Review. The film appeared on dozens of critics’ year-end top ten lists, including those of TIME, Washington Post, IndieWire, Vulture, and Harper’s Bazaar, among others.

Nicole Beharie stars as Turquoise, a former beauty queen turned hardworking single mother, who prepares her rebellious teenage daughter for the “Miss Juneteenth” pageant, hoping to keep her from repeating the same mistakes in life that she did.

Both films were shot in Fort Worth's Historic Southside of Fort Worth and Como neighborhood.