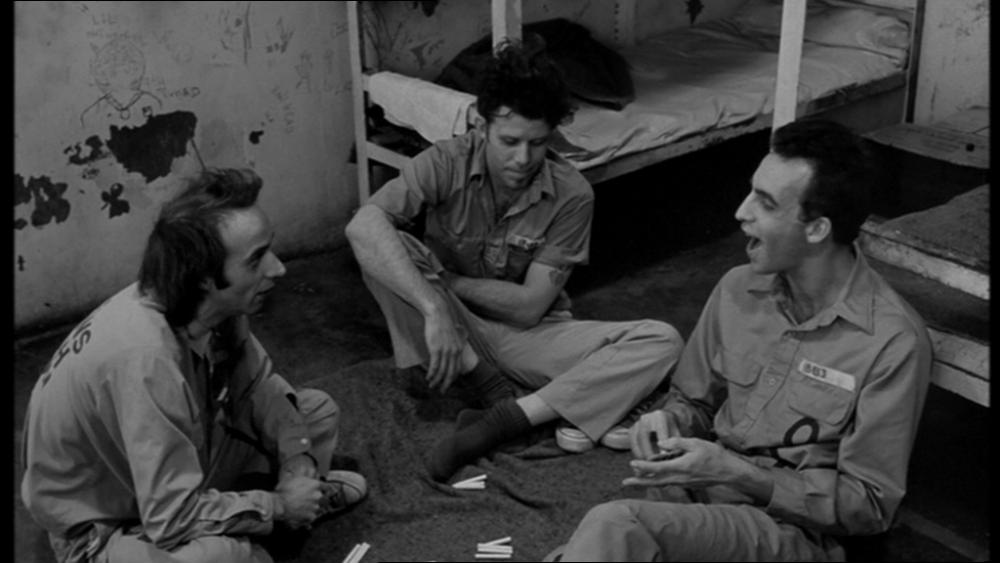 Down by Law is a fable of poetic density. Vincent Canby, New York Times, September 19, 1986

Down by Law is a black-and-white independent film written and directed by Jim Jarmusch. It centers on the arrest, incarceration, and escape from jail of three men who travel together through the Louisiana bayous and New Orleans. Robert Ebert describes Down by Law as “a collage made out of objects from old gangster movies, old blues songs and old jailhouse stories.”

With the film’s release in 1986, Vincent Canby wrote in a review for the New York Times, “Like Stranger Than Paradise, which introduced Mr. Jarmusch to the American public in 1984, Down by Law wears a furrowed brow on its long face, which doesn't initially identify it as a comedy. However, Mr. Jarmusch's comedies, which might be described as existential shaggy-dog stories, look and sound like those of nobody else making movies in America today.”