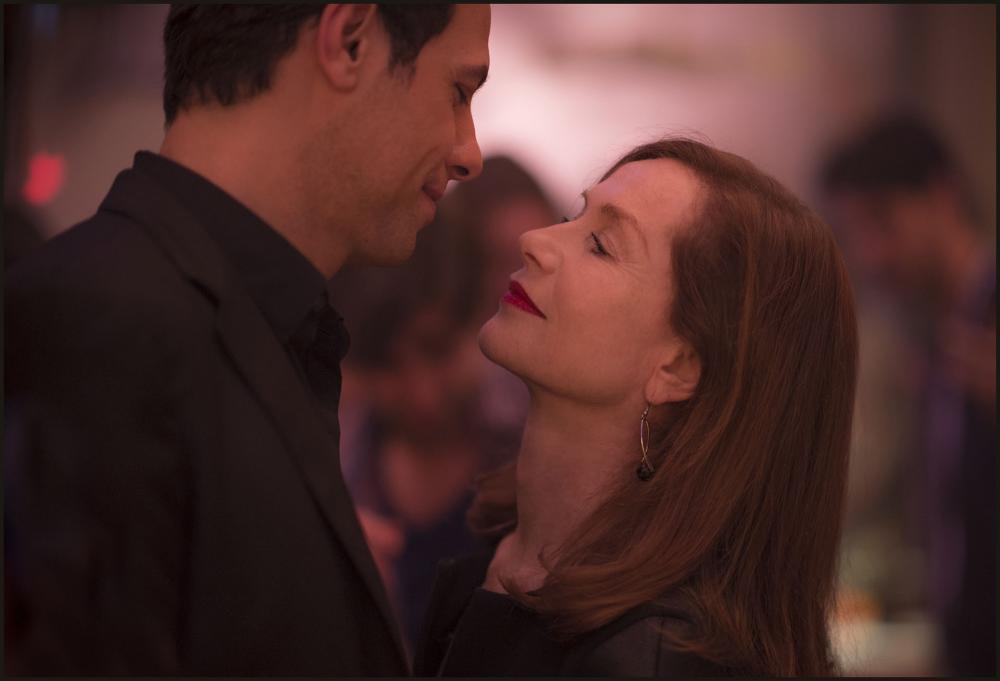 “Isabelle Huppert delivers a standout performance as a woman turning the tables on her attacker in the controversial director’s electrifying and provocative comeback. . . . An outrageous black comedy, volatile and deadly.” Xan Brooks, The Guardian.

“Knowingly incendiary but remarkably cool-headed, and built around yet another of Isabelle Huppert’s staggering psychological dissections, Paul Verhoeven’s long-awaited return to notional genre filmmaking pulls off a breathtaking bait-and-switch: Audiences arriving for a lurid slab of arthouse exploitation will be taken off-guard by the complex, compassionate, often corrosively funny examination of unconventional desires that awaits them.” Guy Lodge, Variety.

Michèle (Isabelle Huppert) seems indestructible. Head of a successful video game company, she brings the same ruthless attitude to her love life as to business. Being attacked in her home by an unknown assailant changes Michèle's life forever. When she resolutely tracks the man down, they are both drawn into a curious and thrilling game - a game that may, at any moment, spiral out of control.
R (for violence involving sexual assault, disturbing sexual content, some grisly images, brief graphic nudity, and language); 130 minutes; French with English subtitles