Films and videos by Bruce Nauman 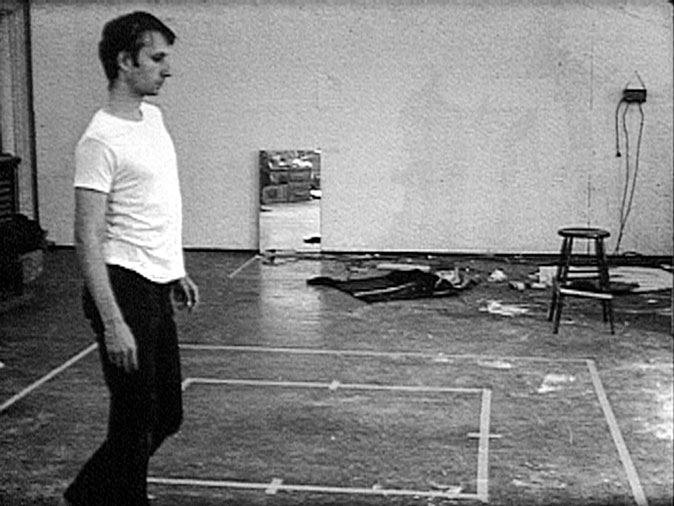 You have the repeated action, and at the same time, over a long period of time you have mistakes or at least chance, changes, and you get tired and all kinds of things happen, so there’s a certain tension that you can exploit once you begin to understand how those things function. And a lot of the videotapes were about that.  Bruce Nauman, quoted in How Did New York Change Bruce Nauman? Looking Back on a Radical Period in the Artist's Career, Artspace magazine, August 3, 2015

For Tuesday Evenings at the Modern: Films, Dr. Frances Colpitt, art historian, writer, and Deedie Rose Chair of Art History at Texas Christian University, presents the work of Bruce Nauman. Focusing on the three films and videos listed below, Colpitt points out that the difference between film and video is important, especially in the development of Nauman’s practice. Explaining Nauman’s continued effect on viewers of his films and videos, Colpitt’s friend the art writer Peter Plagens wrote for Artspace magazine, “Whether watched at home or in a theatre, Nauman’s videos still wreak havoc with the conventional idea of a narrative arc. Most of us are almost incurably conditioned to expect it from anything moving on a screen, and this expectation was even stronger forty years ago.”

Bruce Nauman, Walking in an Exaggerated Manner Around the Perimeter of a Square, 1967-68. Black-and-white 16 mm film on video, silent; 10 minutes

Image credit: Bruce Nauman, Still from Walking in an Exaggerated Manner Around the Perimeter of a Square, 1967-68. 16 mm film on video, black-and-white, silent; 10 minutes