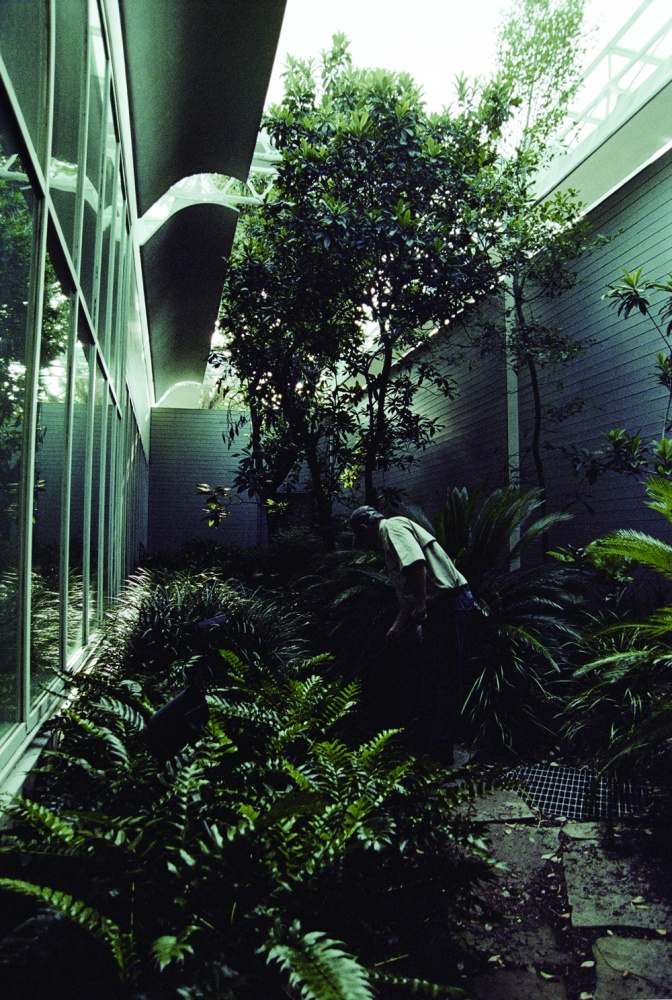 Mario García Torres, a conceptual artist known for work that addresses the ways in which art and information are constructed over time, was featured this spring in the Modern's FOCUS: Mario García Torres. The exhibition included the video The Schlieren Plot, a signature work in that, as explained by the exhibition's curator Alison Hearst, it uses unrealized Texas-based projects by the late artist Robert Smithson as a springboard for broader topics.

For Tuesday Evenings at the Modern: Films, García Torres has graciously made available three films with the common theme of museums and their implications of politics. As Martijn van Nieuwenhuyzen points out in a 2007 Flash Art article, "García Torres, who has been active as a museum curator and who sees his work against the backdrop of historical conceptualism, has reflected consistently on museum politics and on 'ways to rethink the museum.'"

With attention to the artist's reflection on concepts of the "museum," the Modern is happy to screen Open Letter to Dr. Atl, a six-minute take on the planned installment of a branch of the Guggenheim Museum near Guadalajara; A Brief History of Jimmie Johnson's Legacy, which quotes from art and cinema, in particular borrowing a famous scene in the Louvre from Jean-Luc Godard's Band of Outsiders; and the 60-minute 2013 film Tea, which collapses time and geography as it documents the mental and physical journey of García Torres to a Kabul hotel opened in 1971 by the Italian conceptual artist Alighiero Boetti.