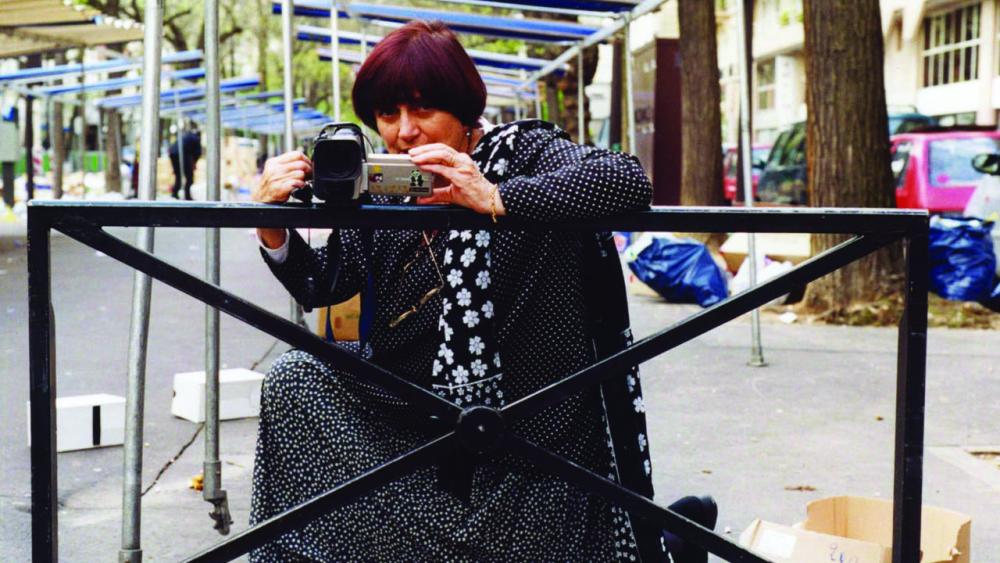 Agnes Varda of course is a gleaner herself. She is gleaning the gleaners. And in what appears to be a documentary she conceals a tender meditation about her own life, and life itself.
Roger Ebert

Gavin Morrison, a Scottish writer and independent curator who opened this past Tuesday Evenings season in conversation with the British artist Richard Wentworth, recommended Agnès Varda’s The Gleaners and I, a highly acclaimed documentary shot in France, where Morrison occasionally resides. Varda, the only woman director involved in the French New Wave, turns to an ancient and noble practice protected by the French constitution since 1554, representing contemporary gleaners as she found them while traveling throughout rural and urban France from September 1999 to May 2000 in this self-described “wandering-road documentary.” In 2000, when the film was released, A. O. Scott wrote for the New York Times, “Ms. Varda . . . also sees herself as a gleaner in her own right. (The film’s French title, Les Glaneurs et la Glaneuse, makes this plain.) She plucks images and stories from the world around her, finding beauty and nourishment in lives and activities the world prefers to ignore.” He goes on to explain, “The Gleaners and I is both a diary and a kind of extended essay on poverty, thrift and the curious place of scavenging in French history and culture.”

Beginning with the famous 1857 Jean-François Millet painting of women gathering wheat left over from a harvest, Varda focuses on those who scour already-reaped fields for the odd potato or turnip. Her investigation leads us from forgotten corners of the French countryside to off-hours at the green markets of Paris, following those who insist on finding a use for that which society has cast off, whether out of necessity or activism. LA Weekly deemed The Gleaners and I “a protest film that’s part social critique, part travelogue, but always an unsentimental celebration of human resilience.”
(82 min. French and English)