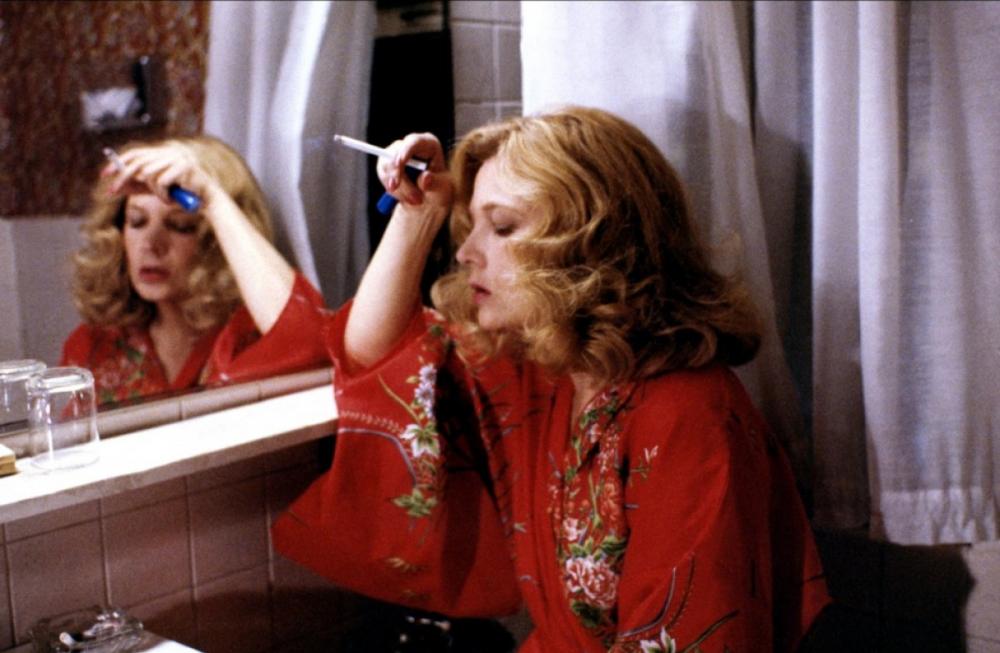 It was about a woman who beyond her control stood up for a kid whom she wanted nothing to do with. Gena’s character was of a very simple person that loved her life and having to give it up for a Puerto Rican kid in New York City; it’s like if I meet somebody and they say, “Hey man, can you help me? I’m in a lot of trouble, and I’m going to be killed.” It’s one thing to be killed. But it’s another thing to give up everything that you own in life, all your friends, your whole way of life. So I think this woman gives up her whole way of life, and she does it in such a fashion that you believe her, and that’s basically the picture. If that works, then I think the picture works.
John Cassavetes, in Ray Carney’s Cassavetes on Cassavetes

John Cassavetes wrote and directed this 1980s American crime thriller, for which Gena Rowlands was nominated for an Academy Award and won a Golden Globe. A tough and self-possessed woman with former ties to the mob becomes the reluctant guardian of a young Puerto Rican boy whose family has been killed by the Mafia and who now has something the mob wants, setting the unlikely pair on the run in a treacherous New York City. Enamored with the image and role of Gloria [Rowlands], Joyce Pensato, whose work was featured in FOCUS: Joyce Pensato at the Modern last fall, sees the character as a pseudo self-portrait. In her Tuesday Evenings lecture, Pensato remarked, “Who doesn’t want to be a tall blonde with a gun?” And of the iconic image of the actress pointing a gun at the viewer, she stated, “I think of it as a very feminist presence.”
(123 min.)