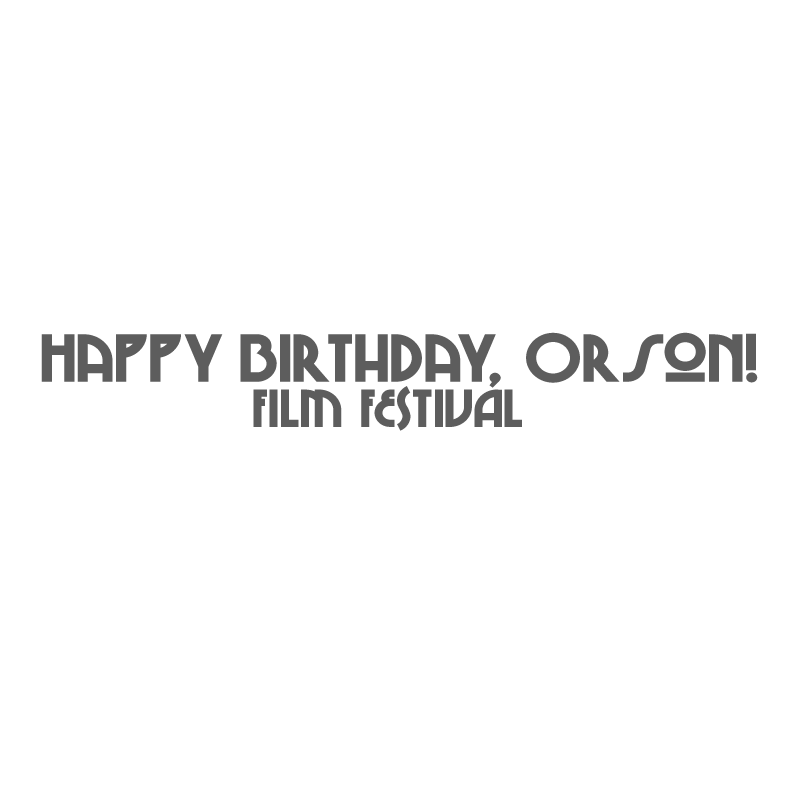 The Modern Art Museum of Fort Worth joins with the Lone Star Film Society in celebrating the one hundredth birthday of American film legend Orson Welles. His first film, Citizen Kane, which he co-wrote, produced, directed, and starred in when he was only twenty-five years old, continues to be hailed as a masterpiece and is considered by many to be the best film ever made. Well known for his baritone voice, Welles was an award-winning actor in radio and film and a celebrated Shakespearean stage actor. In 2002, he was voted the greatest film director of all time in two British Film Institute polls among directors and critics, and a wide survey of critical consensus, best-of lists, and historical retrospectives call him the most acclaimed director of all time.

Dr. Joan McGettigan will introduce several of the films and host a Q&A after the screening of Citizen Kane. She is an Associate Professor in TCU’s Bob Schieffer College of Communication, teaching courses in film history and critical film studies.

Dr. Rick Worland, Professor of Film & Media Arts at the Meadows School of the Arts, Southern Methodist University will introduce The Lady From Shanghai.

Screenings will be held in the Modern’s auditorium. Tickets are $9, $7 for Modern members, and $6 for Modern Reel People and Lone Star members.Tickets go on sale August 4, and may be purchased at www.themodern.organd in person at the Modern's information desk.

Thursday, September 3; 7 pm
CITIZEN KANE, 1941
This epic tale of a publishing tycoon's rise and fall is a landmark achievement considered by many to be the greatest film ever made.
Introduction by Dr. Joan McGettigan, with Q&A to follow.
119 minutes; PG

Friday, September 4; 6 pm
THE MAGNIFICENT AMBERSONS, 1942
Nominated for four Academy Awards, including Best Picture, Welles wrote, directed, and narrated this tale of the spoiled young heir to the decaying Amberson fortune who comes between his widowed mother and the man she has always loved. Controversially, studio executives at RKO deleted 40 minutes of Welles’s original cut and reshot the ending, which Welles fought against.
Introduction by Dr. Joan McGettigan.
88 minutes

Friday, September 4; 8 pm
THE LADY FROM SHANGHAI, 1947
Welles directed and starred in this stylish film noir about a sailor who becomes involved in a scam with a beautiful woman played by his wife at the time, Rita Hayworth. The sequence set in a fun house hall of mirrors is among the most dazzling on film.
Introduction by Dr. Rick Worland.
92 minutes; Unrated

Saturday, September 5; 2 pm
MR. ARKADIN, 1955
Welles wrote, directed, and starred in this film about an elusive billionaire who hires an American smuggler to investigate his past, claiming to have no memories of his early life.
93 minutes; Unrated

Orson Welles wrote, directed, and starred as Captain Hank Quinlan, a corpulent bad cop on the US side of a Mexican border town. Many critics consider TOUCH OF EVIL to be Welles’s most luridly entertaining film.
Introduction by Dr. Joan McGettigan.
93 minutes; PG-13

Sunday, September 6; 4 pm
MACBETH, 1948
The first of his adaptations of Shakespearean plays, Orson Welles completed filming in 23 days, using sets originally designed for Hollywood westerns. He later referred to his Macbeth as “a perfect cross between Wuthering Heightsand Bride of Frankenstein.”
107 minutes; Unrated