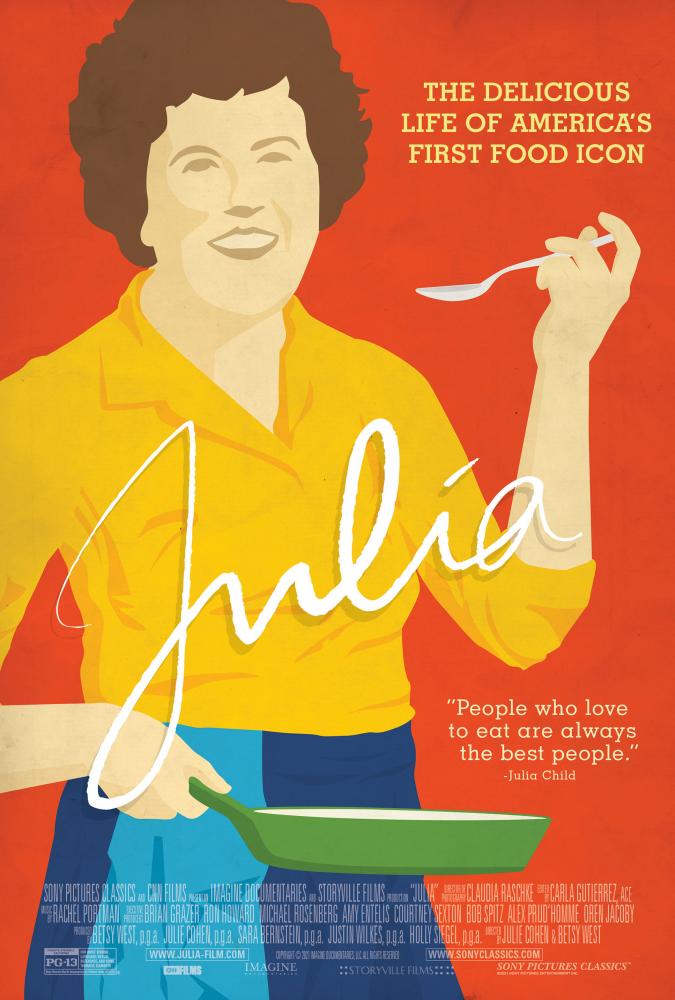 “The nonfiction film its subject deserves (no offense, Meryl Streep), a buoyant evocation of the life of Julia Child that's infused with uncommon intelligence and enhanced by voluptuous images of food.” Joe Morgenstern, Wall Street Journal.

Julia tells the story of the legendary cookbook author and television superstar who changed the way Americans think about food, television, and even about women. Using never-before-seen archival footage, personal photos, first-person narratives, and cutting-edge, mouth-watering food cinematography, the film traces Julia Child's surprising path, from her struggles to create and publish the revolutionary Mastering the Art of French Cooking (1961), which has sold more than 2.5 million copies to date, to her empowering story of a woman who found fame in her fifties and her calling as an unlikely television sensation.
PG-13; 95 minutes

Magnolia at the Modern is an ongoing series featuring critically acclaimed films. Tickets are $10; $8 for Modern members; $7 for Reel People. The Sunday noon showtime is half price. Advance sales begin two hours prior to each show. Click here for information about the special benefits of joining Reel People, a membership add-on for film enthusiasts.

Following CDC recommendations, face masks or cloth face coverings are required for entry to the museum for visitors over the age of 2. This includes in the auditorium and in Café Modern when not at your table or consuming food and beverages.  Thank you for respecting your fellow visitors and our staff.