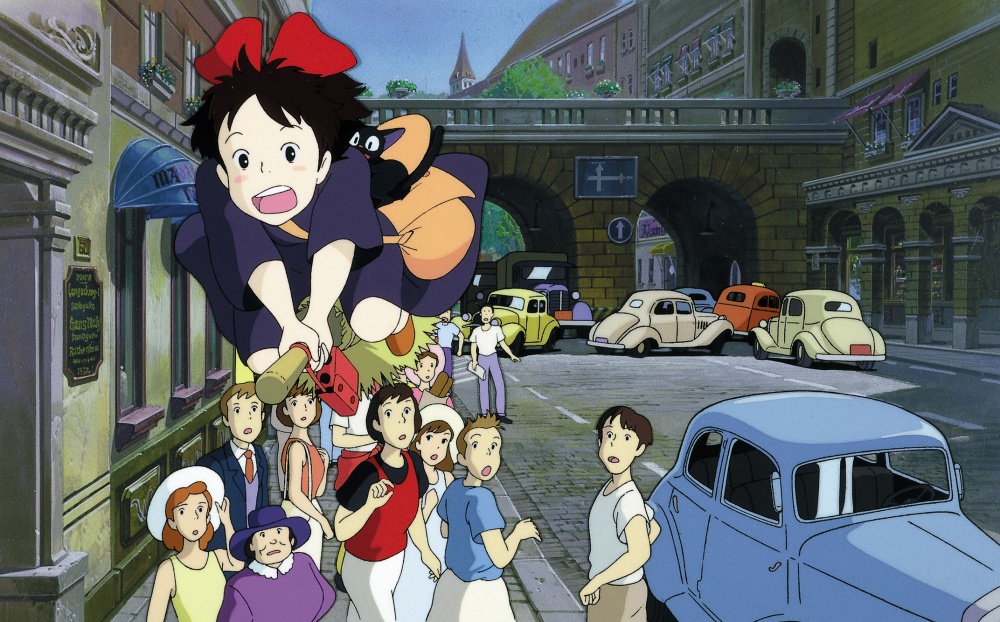 Introduction and discussion following screening with Dr. Marc Hairston.
Dr. Hairston is a scientist who researches space weather using the Coupled Ion Neutral Dynamic Investigation (CINDI), a satellite that studies how neutral gas motions and charge particle motions are related. Dr. Hairston is also interested in the scholarly study of anime and manga and is on the board of editors of Mechademia, the first English-language academic journal addressing these topics. Along with Dr. Pamela Gossin, Dr. Hairston teaches a lecture course at the University of Texas at Dallas titled “Fantasy and Science Fiction: The Anime Fantasy of Hayao Miyazaki.”

In KIKI’S DELIVERY SERVICE, a young witch uses her broom to create a delivery service, only to lose her gift of flight in a moment of self-doubt. Rarely has the animator’s art been so brilliantly rendered as in this delightfully imaginative film—a beautiful and timeless story of a young girl finding her way in the world.

FESTIVAL EVENT
12:45-1:30 pm
Please join us for a special gallery conversation and activity focusing on ideas and sensitivities shared by Miyazaki’s films and certain works of art as well as aspects of the Modern’s Tadao Ando-designed building (admission included with film ticket). Also, enjoy Ramune sodas, Kusugai candies, face painting, and special activities in the Modern's Grand Lobby. Shop for an adorable child-sized manga costume in the Modern Shop or wear a manga costume of your own design. Create an anime "selfie" in the Modern Shop against an anime backdrop!