Kings of the Road 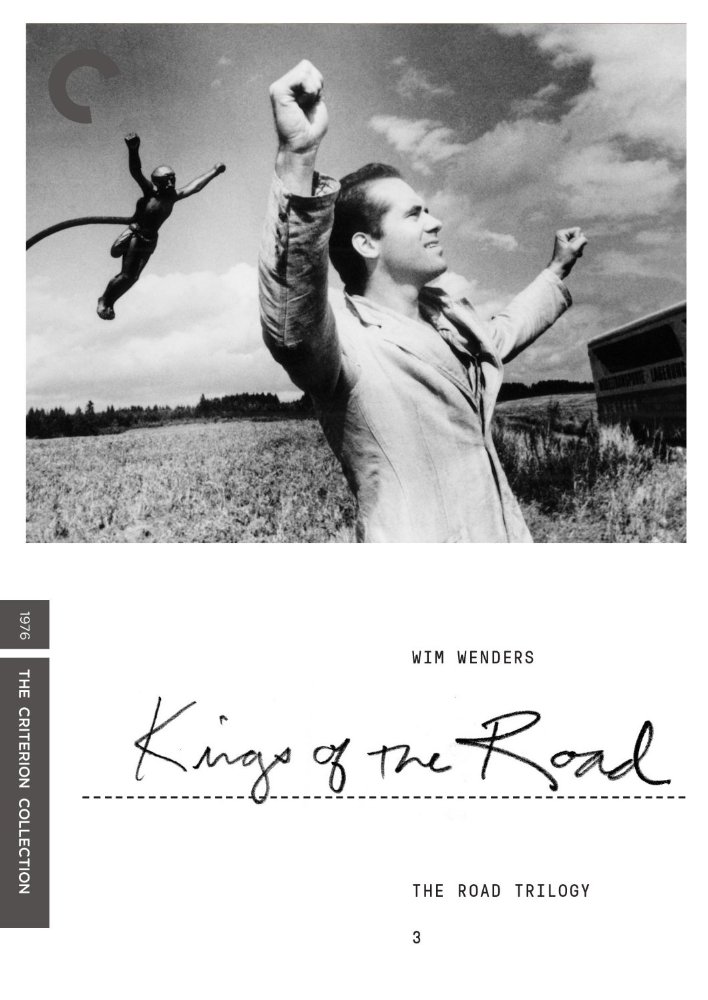 Wim Wenders' Kings of the Road is a film of great depth and beauty, and its black and white photography is worthy of comparison with John Ford's. But it is rarely played commercially, maybe because of its three-hour length. Three hours, yes, but that's not a moment too long. Wenders needs the time to pace the developing relationship between his two main characters. Roger Ebert, March 15, 1978

Kings of the Road (Im Lauf der Zeit) is a German road film directed by Wim Wenders. It is the third of Wender’s road trilogy, which includes Alice in the Cities, 1974, and Wrong Move, 1975, and it won the International Federation of Film Critics Prize at the 1976 Cannes Film Festival. Kings of the Road is about a film projector mechanic traveling along the inner German border and a psychologist fleeing his own past who become traveling companions and friends as their journey takes them through a German no man’s land.

Interestingly, Wenders began the film without a script and instead relied on a route that he scouted out before filming for his impetus, where he found that the small towns along the Wall still contained a movie theater in an era of the extinction of cinema. The old repair truck carrying film projectors becomes a metaphor of the history of film.