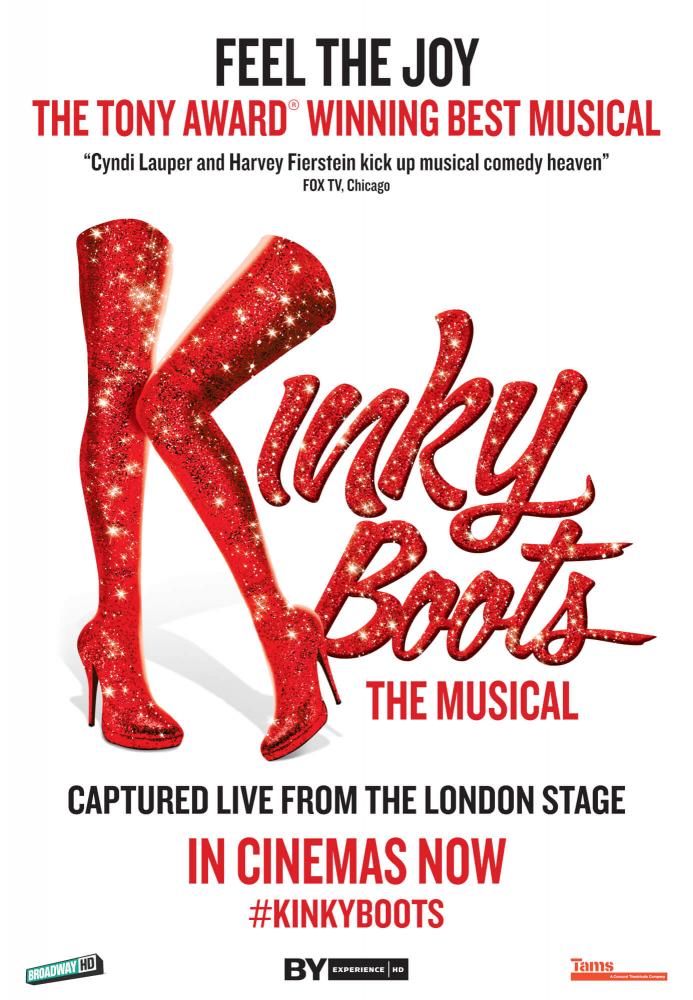 Captured live from the London stage, the "freshest, most fabulous, feel-good musical of the decade" (The Hollywood News) KINKY BOOTS dazzles!

With songs by Grammy® and Tony® winning pop icon Cyndi Lauper, direction and choreography by Jerry Mitchell (Legally Blonde, Hairspray), and book by Broadway legend Harvey Fierstein (La Cage Aux Folles), this "dazzling, fabulously sassy and uplifting" (Time Out) award-winning musical celebrates a joyous story of Brit grit to high-heeled hit as it takes you from the factory floor of Northampton to the glamorous catwalks of Milan!

Presented by Amphibian Stage in partnership with the Modern. This is a screening of a previously recorded live production. It is not a live performance. Run time is 2 hours and 1 minute, including one intermission.