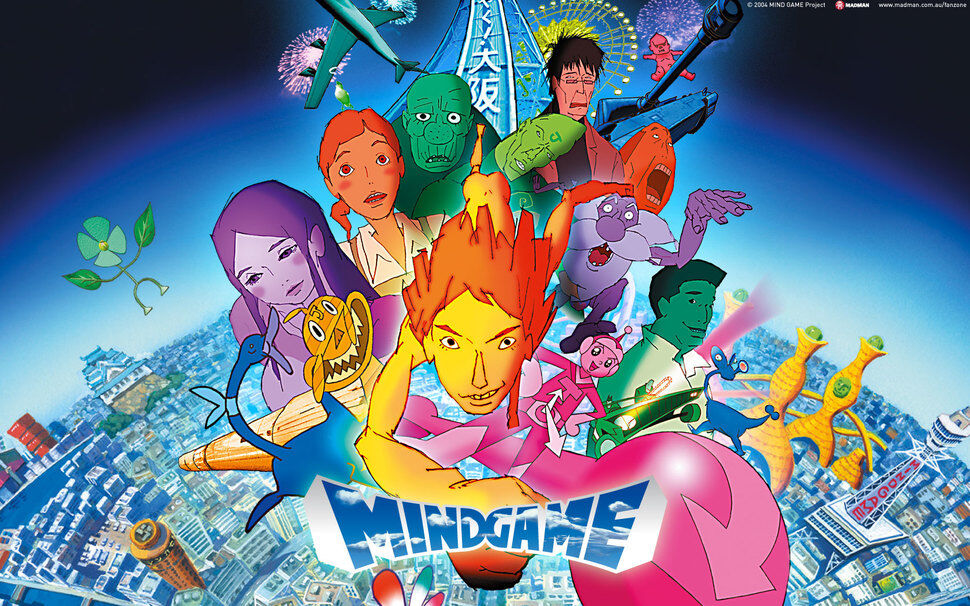 The cult film Mind Game (2004), the first feature animation from the award-winning director Masaaki Yuasa, opens the 2021 Anime at the Modern series—even though this is not a typical anime. Its eccentric plot mixes a wide range of animation styles and techniques. Mind Game follows the wild and surreal story of a young manga artist and his childhood sweetheart through multiple alternative realities as they struggle to get a new chance in life (even though they may already be dead). Dr. Christine Veras, a professor of animation and the history of animation at the School of Arts, Technology and Emerging Communication at the University of Texas at Dallas, will introduce the film and discuss it afterward.
(This film is not rated, but due to its sexual and violent imagery, it is strongly suggested for mature audiences only.)

Screenings will be held in the Modern’s auditorium. Tickets are $10, $8 for Modern members, $7 for Modern Reel People members. Tickets go on sale Tuesday, August 3. Tickets may be purchased in advance online or by visiting the museum’s admission desk.
Films are curated and introduced by Dr. Marc Hairston and Dr. Christine Veras.

Dr. Christine Veras, Assistant Professor at the University of Texas at Dallas, is a scholar and artist, originally from Brazil, researching the integration of physical and digital technologies to explore the experimental possibilities of animation. She completed her PhD at the School of Art, Design, and Media at Nanyang Technological University in Singapore. Among her works, Dr. Veras has invented a new international prize-winning and now patented animated illusion device called Silhouette Zoetrope, which is now part of the permanent collection of the Children’s Museum in Dresden, and the Lingelbach Barn, in Leinroden, both museums in Germany. Her fields of expertise combine theory and practice, including disciplines related to the history of animation, cinema, and experimental animation.