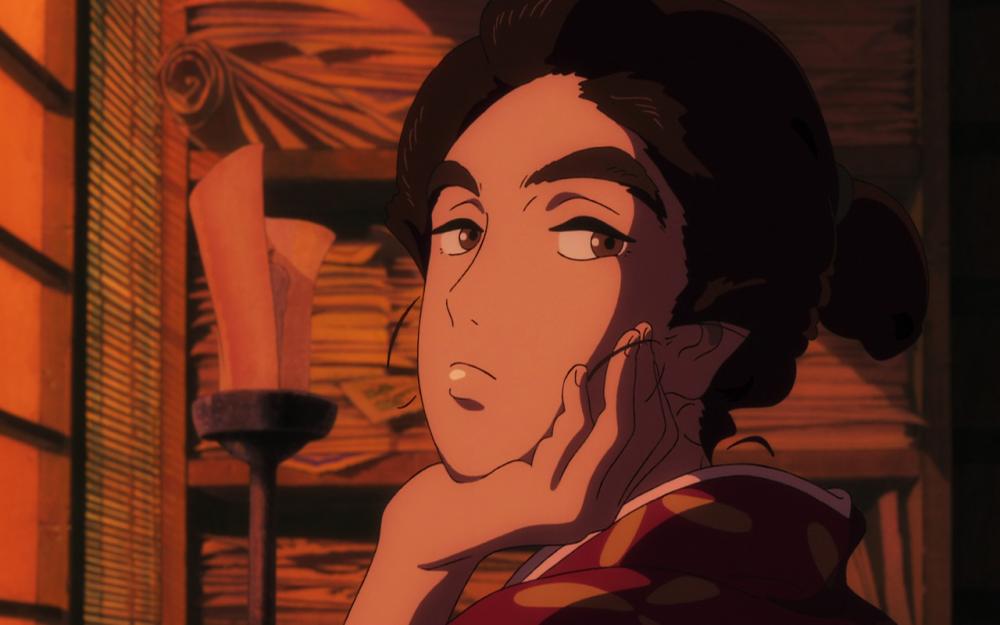 The work of nineteenth-century Japanese printmaker Katsushika Hokusai is world famous for its images of Japanese landscapes, everyday city life in Edo (Tokyo), and most famously, the print The Great Wave off Kanagawa. But lesser known was his daughter, Katsushika Ōi, a skilled printmaker in her own right, who contributed to many of her father's masterpieces. Based on a 1980s manga series by Hinako Sugiura, the anime (adapted by Keiichi Hara) relates the story of Ōi's struggles both to help her father with his work and to establish herself as an independent artist.

PG-13 for mature themes including sexual situations and images, Japanese with English subtitles