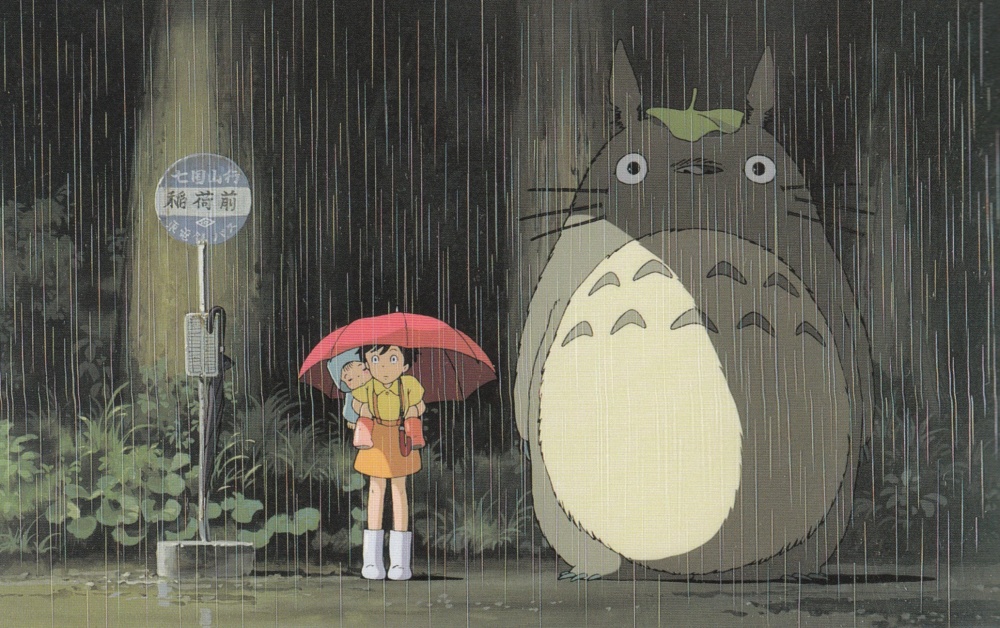 One of the most endearing and internationally renowned films of all time, a film that Roger Ebert called “one of the five best movies” ever made for children, MY NEIGHBOR TOTORO is a deceptively simple tale of two girls, Satsuki and Mei, who move with their father to a new house in the countryside. They soon discover that the surrounding forests are home to a family of Totoros, gentle but powerful creatures who live in a huge and ancient camphor tree and are seen only by children. Based on Miyazaki’s own childhood imagination, Totoros look like oversize pandas with bunny ears. They take the girls on spinning-top rides through the treetops and introduce them to a furry, multi-pawed Catbus—a nod to Lewis Carroll’s Cheshire Cat.

FESTIVAL EVENT
12:45-1:30 pm
Please join us for a special gallery conversation and activity focusing on ideas and sensitivities shared by Miyazaki’s films and certain works of art as well as aspects of the Modern’s Tadao Ando-designed building (admission included with film ticket). Also, enjoy Ramune sodas, Kusugai candies, face painting, and special activities in the Modern's Grand Lobby. Shop for an adorable child-sized manga costume in the Modern Shop or wear a manga costume of your own design. Create an anime "selfie" in the Modern Shop against an anime backdrop!